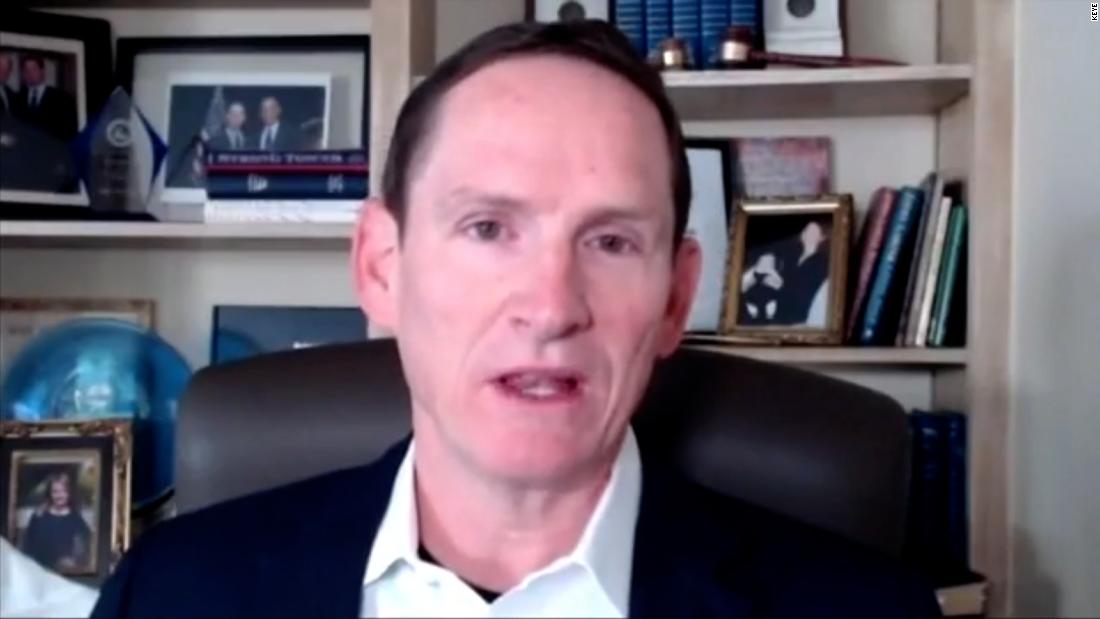 “That means if your child’s in a car wreck, if your child has a congenital heart defect or something and needs an ICU bed, or more likely if they have Covid and need an ICU bed, we don’t have one. Your child will wait for another child to die,” Jenkins said. “Your child will just not get on the ventilator, your child will be CareFlighted to Temple or Oklahoma City or wherever we can find them a bed, but they won’t be getting one here unless one clears.”

The judge added no ICU beds have been available for children for at least 24 hours. The Texas Department of State Health Services told CNN the shortage of pediatric ICU beds is related to a shortage in medical staff.

Earlier in the week, Texas Gov. Greg Abbott announced more than 2,500 medical staff would be deployed to hospitals in the state to help with the increasing number of Covid-19 patients. More than 11,200 people are hospitalized with Covid-19 in Texas, according to state data, with roughly 323 ICU beds left available statewide.

Jenkins spoke alongside other elected officials as well as leaders from the Workers Defense Action Fund and other groups who said Abbott’s handling of the pandemic is putting residents in danger.

In July, Abbott issued an executive order combining many of his earlier Covid-19 orders, which included language that no governmental entity, including school districts, could require masks.

Dallas was among several Texas counties that sued the governor this month and asked for a restraining order against Abbott’s order to be able to implement mask mandates in hopes of curbing the spread of the virus. On Tuesday, Judge Tonya Parker determined Dallas County residents “have and will continue to be damaged and injured” by Abbott’s order and ruled that Jenkins, the county judge, should be allowed to implement mitigation strategies at the local level to protect the community.

Jenkins on Wednesday issued an emergency order mandating masks in certain public spaces in the county, including at county offices and buildings and commercial entities “providing goods or services directly to the public.” The emergency order also mandates masks indoors for students, teachers, staff and visitors at county child care centers and schools, regardless of vaccination status.

“Our hospitals and our people desperately need some time to get bed capacity and doctor capacity up so their hospitals won’t be overrun,” Jenkins said Friday morning.

“This isn’t the first time we have dealt with activist characters. It’s déjà vu all over again,” Paxton said in a statement Wednesday. “Attention-grabbing judges and mayors have defied executive orders before, when the pandemic first started, and the courts ruled on our side — the law. I’m confident the outcomes to any suits will side with liberty and individual choice, not mandates and government overreach.”

But with health care staff overworked and hospital resources strained, “stakes are very high,” Jenkins said in the Friday conference, and added that it’s “not asking that much of people to wear a mask.”

“We do need to push back on these attempts to erode local control because government works best when it’s closest to the people,” Jenkins said. “But we need to remember also … this is not a battle between Gov. Abbott and local leaders who happen to be Democrats or school board members.”

“We are all on team public health,” the judge said. “And every person needs to understand that the enemy is the virus, it’s not each other.”