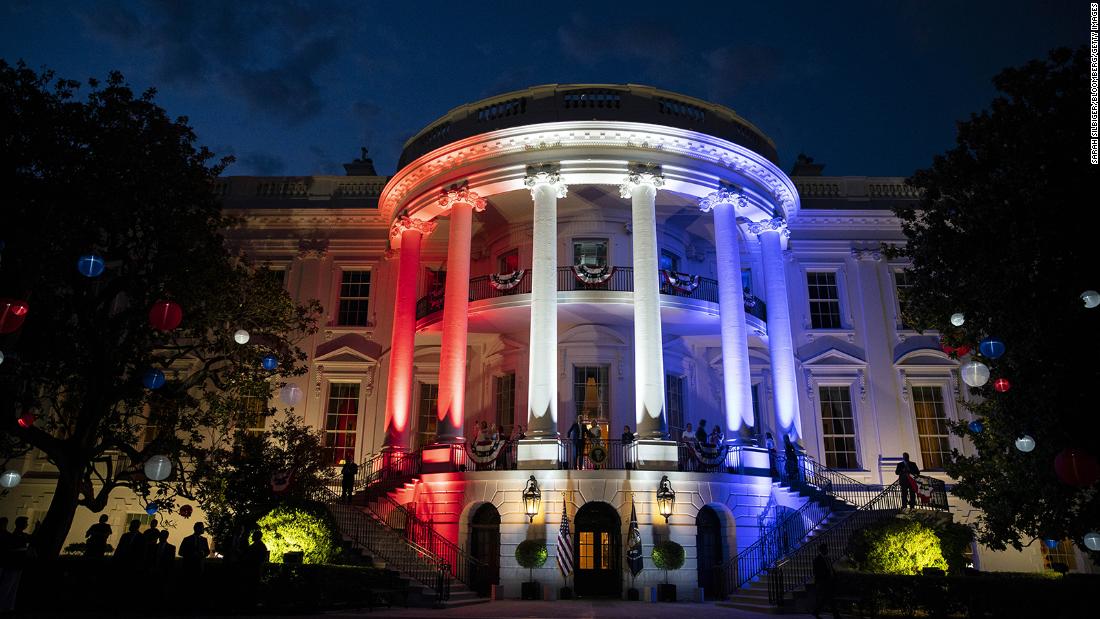 “You handle yourself with such grace, and such decency, it just — you made me so damn proud,” the President told the group of Olympians over Zoom from his home in Delaware, where the first couple is spending the weekend.

Biden offered shoutouts to Olympic athletes Katie Ledecky, who he said, “can probably swim a mile quicker than most people could run a mile,” gymnast Simone Biles and runner Isaiah Jewett.

He also took the opportunity to invite the athletes to visit him at the White House this fall.

“I need a promise from all of you — you’ll all come see us in the White House in the fall,” Biden said. “We’ll set a date, and I’d love to have you all come to the White House, if you’re willing to do that, so the nation can see, and I can brag more on you.”

The President praised the athletes’ performance abroad, telling those conferencing in, “I just can’t tell you how, you know, you remind us of what an amazing country we are, and you make us look so good as a country.”

“These are the things that people look at around the world — more than anything that I do as your President, or other people do in public life, they get the impression of who we are as Americans, who we are …,” Biden added. “Thank you, thank you for the joy, the pride, the hope, the hope you gave us. That’s what you did — you gave people so much hope.”

“I tell you what, doing a flip on a four-inch beam is my idea of going to purgatory,” the President said.

In a pre-recorded message posted Saturday, the President applauded the Olympic athletes for their work leading up to and throughout the Olympic games, acknowledging, “I know getting to the Olympics is a long journey, and the pandemic made it especially difficult and draining, it made the impossible even harder. But in you, a country saw itself, and saw what was possible.”

“I also know the pride your families must feel I know how hard it was for you and for them, that they couldn’t be with you in person. Defining images of the games are on Zoom and FaceTime, calls with families and communities crying and sharing with pure joy. To all the families and friends of Team USA– thank you as well,” Biden said, adding, “God bless you all, and I look forward to hosting all of you at the White House when you get home.”

Earlier last month, first lady Jill Biden was one of 950 VIPs invited to attend the Olympic Opening Ceremonies in Tokyo, where, during her brief time attending the games, she took the role of cheerleader-in-chief, both literal and figural.

“Becoming an Olympian is a rare accomplishment in a normal time. But you did it during a global pandemic,” she told athletes during a virtual conversation in the Olympic Village. “In these moments we are more than our cities or states or backgrounds. We are more than our jobs or our political parties.”

This story has been updated with details of Biden’s call with Team USA.