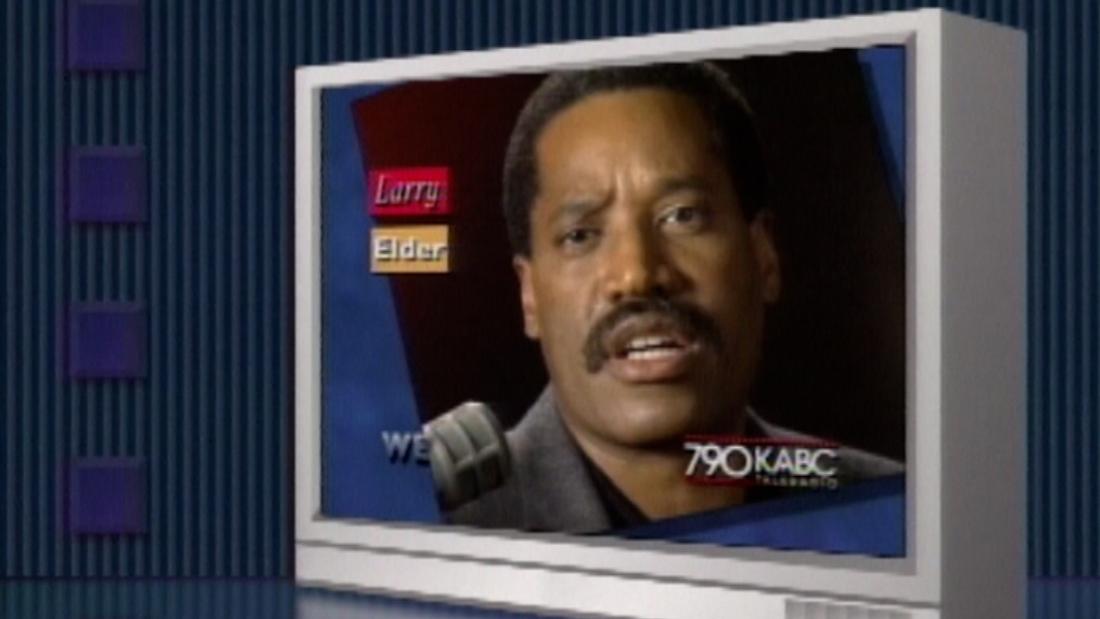 Then a hand slaps him across the face.

“Blacks exaggerate the significance of racism,” Elder adds. Another slap. “Medicare should be abolished,” he continues. Slap. With each new comment, a hand slaps Elder across his face.

“What’d I say?” a grinning Elder asks as the ad concludes.

Elder has long relished making provocative comments in his time as a radio host and columnist. But now, what he previously said could complicate the Republican’s campaign to win California’s September 14 recall election and unseat sitting Democratic Gov. Gavin Newsom. His comments about women — which have already drawn attacks from his opponents — are coming under scrutiny. And a CNN KFile review of his comments, dating back to 1996, show a lengthy history.

The Elder campaign did not provide comment when CNN requested it.

He has mocked premenstrual syndrome, known as PMS, calling it “Punish My Spouse (or Significant Other).” He prominently promoted on his webpage a 1950s textbook on “how to be a good wife” that said women should “have dinner ready” and told them, “Don’t complain.” He reposted an article on his website comparing single mothers on welfare to stray cats.
Elder has already faced some backlash for derogatory remarks he made about women in a 2000 column, in which he wrote that “Women know less than men about political issues, economics, and current events” and claimed that this gave Democrats an edge over Republicans because “the less one knows, the easier the manipulation.”
His disparaging comments have been as recent as January 2017, when he deleted a tweet that implied women taking part in the Women’s March were too unattractive to be sexually assaulted, according to the Los Angeles Times.

In another previously unreported comment from a January 2017 radio show, Elder mocked women attending the Women’s March as “obese.”

“When you look at all these women that have marched — something like 2 million women — Donald Trump has probably gotten more obese woman off the couch and in the streets, working out, than Michelle Obama did in eight years,” he said on an episode reviewed by CNN.

He even has challenged mainstream orthodoxy on subjects like violence against women.

In the early 2000s, Elder maintained a page on his personal website on “women and domestic violence statistics,” citing three articles that alleged a narrative that violence against women was exaggerated for political gain of feminists. One of the articles cited by Elder claimed the Violence Against Women Act, which was signed into law in 1994, was passed with the goal of “redistributing power from the ruling class (men) to the oppressed class (women).” Another asked, “Why does our culture refuse to hold women as well as men accountable for their participation in domestic violence?”
In his books, Elder endorsed pregnancy discrimination, according to a report from Media Matters, suggesting that working mothers aren’t “dedicated” and available for an “all-hands-on-deck commitment” to work.
“When I saw those comments directed about women, directed about pregnancy discrimination, that’s not right,” former San Diego Mayor Kevin Faulconer, one of his Republican opponents, said about Elder following a debate Tuesday. “That’s not right for anybody of any political party or background. That’s not what you want to have your governor doing or talking about.”