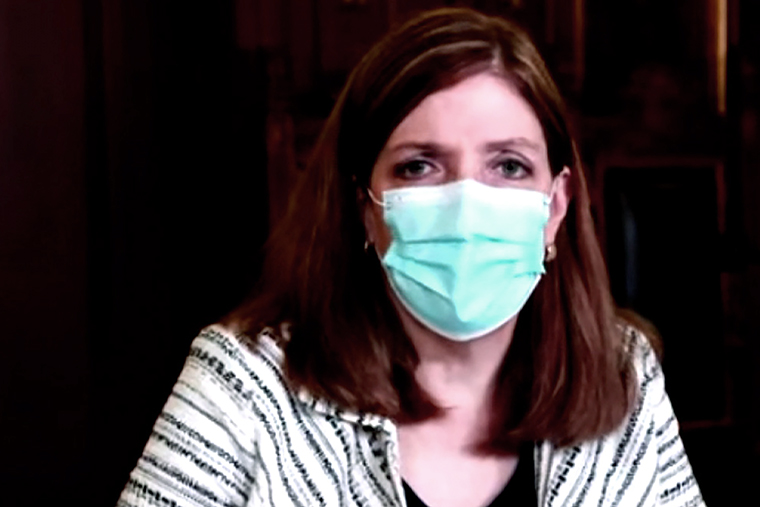 Wisconsin’s leadership is looking at southern states struggling to contain the Delta variant as forewarning of what could become of their health care system if vaccination numbers remain stagnant.

Julie Willems Van Dijk, Deputy Secretary in the state’s health department, warned at a news conference that Wisconsin could experience a Delta variant crisis similar to the one happening now in Florida.

“With this surge, we’re a few weeks behind our southern states. What we’re seeing happen in Florida could happen. Wisconsin has a similar vaccination rate to Florida and COVID-19 cases are reaching an all-time high in Florida, and their healthcare systems are overwhelmed,” Van Dijk said Thursday. “We find ourselves in a situation that we hoped was in the past – we risk our hospital systems being overwhelmed, again, just as they were last November.”

According to health department data, only 53% of eligible Wisconsin residents received at least one dose of the vaccine.

In data also released from the health department yesterday, there were 526 positive tests and 16,285 negative tests. The seven-day percent positive by test was 6.9%.

Comparatively on July 11, there were 92 positive tests and 3,899 negative tests, according to the health department, and the seven-day percent positive by test was 1.6%.

“All 72 counties are experiencing high or very high disease activity, and our health care providers are preparing for the worst. This delta variant is no joke,” Gov. Tony Evers said.

Evers also addressed rising concerns for pediatric hospitalizations as the Delta variant adversely effects children more so than the original stain of Covid-19, which CNN has previously reported.

There’s been increases in hospitalizations for several months among children for respiratory viruses other than Covid-19, Evers said. The governor said it’s unusual to see such surges in respiratory viruses in the summer months, which has led to fuller pediatric ICUs.

Evers said the big concern is as Covid-19 infections increase across the board, that could very well translate to higher numbers of children being hospitalized.

With children preparing to return to the classroom, Evers said student safety is one of the biggest priorities. He said he’s urging all schools and school districts to adapt to CDC and DHS recommendations to require students and staff to wear masks, because the youngest students can’t be vaccinated.

“It is the most important action for schools to take to provide a safe learning environment for our kids,” Evers said, though indicating he would not follow suit with California’s recent policy mandating vaccinations for all healthcare workers and school staff and faculty members.