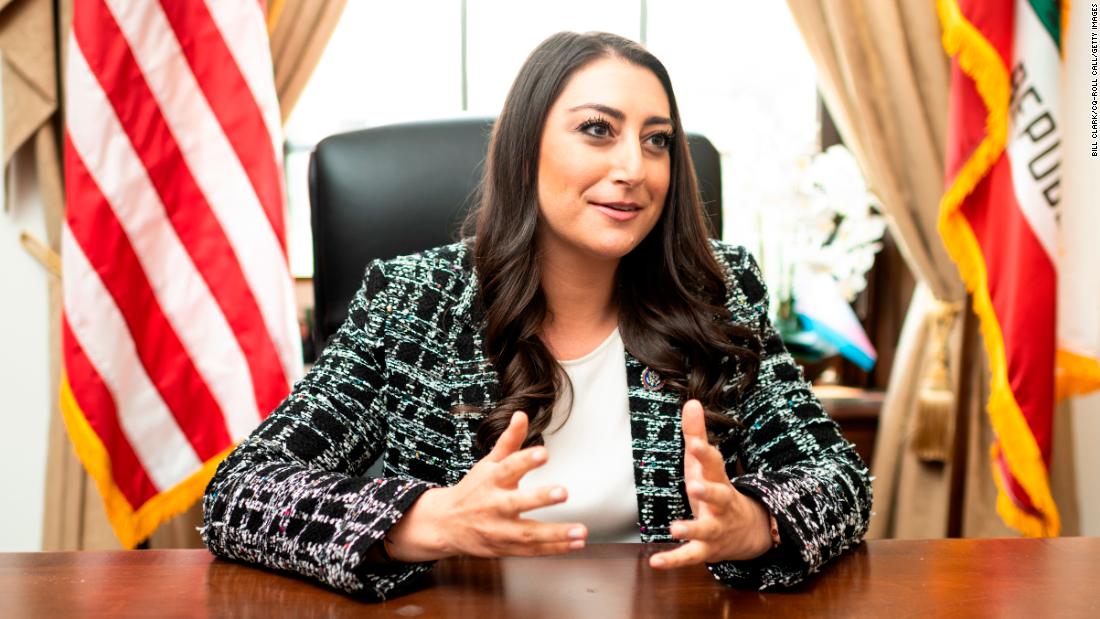 But then life overtook her plans as she embarked on a demanding career, first as a State Department official, then policy adviser on Hillary Clinton’s presidential campaign and finally as a member of the House of Representatives for California’s 53rd Congressional District.

Jacobs is part of a growing number of women who are ascending to positions of power and finding they have options that their predecessors could never have dreamed of for having children.

The empowerment for these women has come in many ways, not only to pursue their careers but also in Jacobs’ case, try to help shape the law around reproductive technology.

“Congress and most workplaces were designed for a time when it was the White man working, who had a wife at home who dealt with everything else,” Jacobs said. “And so part of it is that we need to make sure that our workplaces and our institutions actually reflect what life looks like now, and that they are accommodating for people who have various kinds of domestic situations.”

And in most recent years, women have been breaking barriers with having families while serving in office. Two examples include Rep. Elise Stefanik, who recently replaced Rep. Liz Cheney as GOP conference chair in the House, announcing on Twitter she gave birth to her first child, and Sen. Tammy Duckworth, who became the first sitting female senator to give birth while in office.
Now, Jacobs, 32, is juggling recess (which has been made more complicated with the effort by her party to pass an infrastructure bill and $3.5 trillion budget resolution) and trips back and forth between San Diego and Washington, DC — as well as the invasive process of her freezing her eggs in between votes on Capitol Hill.

“I thought I had timed this perfectly for August recess with things would be a little bit quieter and I would be home and being able to be out in my community, but take it a little bit easier. Obviously, that is not what happened,” she said.

Egg freezing has become more popular in recent years. It relieves the pressure of a woman’s biological clock by preserving the possibility of getting pregnant later in life.

It’s an invasive process. Jacobs is currently taking hormonal pills that she said make her feel like she’s going through puberty again.

Then after two weeks she began injecting herself with medicines for two weeks as well as visiting her doctor’s office several times a week. Once that process is done, doctors will harvest her eggs while she’s under twilight sedation.

It’s also an expensive process. It can cost $12,000 to $20,000 for a single round of treatment, which doesn’t always produce enough eggs.

And that’s not including what women will later pay for in vitro fertilization, sometimes shorthanded as IVF, which can run between $10,000 and $15,000 and doesn’t always take.

More and more women are starting to turn to the process for delaying having children, including Jacobs.

While there are not a lot of statistics available for 2021, one fertility health care center that has several offices around the country, called Shady Grove Fertility, told CNN new patients for egg freezing have nearly doubled in 2021 compared to 2020 — outpacing the growth of fertility patients by 2.5 times.

“I’m fortunate that I am able to pay out of pocket to be able to do it,” Jacobs said. “But I think the most important thing is not saying, ‘Every person should go freeze their eggs.’ It’s that every person should have access to the full range of choices. We know that infertility doesn’t discriminate by socioeconomic status, only access to fertility treatments do.”

Jacobs, who considers herself a progressive Democrat, is pushing hard to try to pass the $3.5 trillion budget resolution, because of its so called “human infrastructure” proposals that would help working families.

The budget blueprint includes many of the family programs President Joe Biden has championed, including establishing a universal Pre-K program for 3- and 4-year-olds and extending the new child tax credit.

It also calls for the creation of the first-ever federal Paid Family and Medical Leave benefit.

The budget resolution recommends reducing the price of prescription drugs, as well as adding dental, vision and hearing benefits to Medicare and lowering the program’s eligibility age.

The framework additionally calls for “historic” investments in affordable housing, as well as many provisions tackling climate change, and outlines investments aimed at meeting Biden’s goal for the country to reduce carbon emissions by 50% and for the power grid to get 80% of its power from emissions-free sources before 2030.

“If we’re really going to have an equitable recovery, if we’re really going to be able to take the lessons of this pandemic and build the future that we all think we want, then we have to invest in the care economy,” she said. “We have to make sure we’re providing families the care support that they need to be successful, but also making those care jobs good paying jobs.”

She is also a cosponsor for legislation called the Access to Infertility Treatment and Care Act that would expand insurance coverage for the full range of reproductive and fertility health care.

When Jacobs decided to go ahead with this process, she didn’t realize this summer would be so busy with the crisis in Afghanistan and a debate on the infrastructure bills. But that’s what happens when you’re a lawmaker in the middle of making personal decisions.

Jacobs, who serves on two key committees — the House Armed Services Committee and the Foreign Affairs Committee — found herself back in Washington in the middle of August recess because work needed to be done amid the collapse of the Afghan government.

In the middle of caucus calls, classified briefings and other meetings, she’s found herself working while taking the medication that has been altering her body.

“The pills definitely make you feel like you’re going through puberty again. My body hurts. I feel a little bit bloated. I use Rent the Runway for some of my clothes here and I had to do the bump friendly option to make sure that I had some dresses that could go over my sort of bloated body,” she said. “And you get kind of waves of emotion.”

But it’s what she signed up for with her decision to run for office.

“Part of this is making sure, one that we’re pushing here in Congress to make this more accessible for more people, but also that we’re de-stigmatizing these conversations that people even know to ask their doctor, what might be available to them, and to know that there are choices and there are options for them and there isn’t just one way to have a family, and that’s OK.”