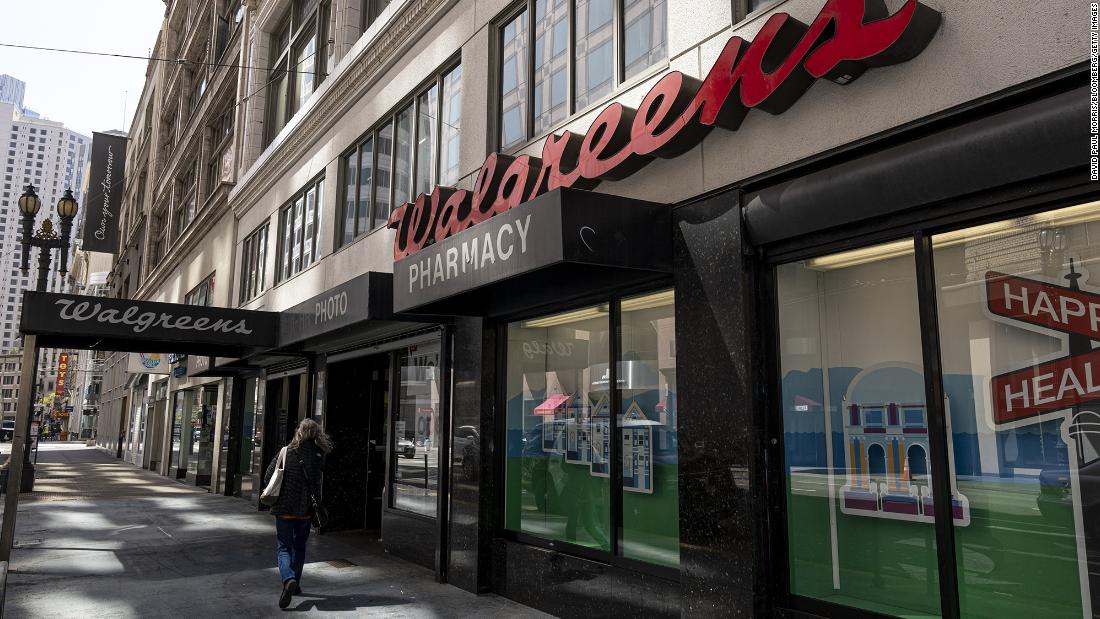 Representatives for retailers and restaurants and HR consultants who work with companies say it’s too risky for frontline staff to be put in the position of enforcing vaccine rules for customers. Half of the US population has been fully vaccinated, according to the US Centers for Disease Control and Prevention, and pockets of Americans remain resistant or fiercely opposed to getting the shots. There’s also the risk that such requirements would alienate customers.

Requiring customers to mask up throughout the pandemic has led to confrontations between customers who oppose mask wearing and store staff. Mandating vaccines would be even more challenging for businesses and jeopardize worker safety, industry trade groups say.

Instead, large chains are taking different approaches. McDonald’s (MCD) is requiring its workers to mask up in high-risk areas and that customers do so as well. Walmart (WMT), Target (TGT) and others are requiring workers to wear masks but only recommending that customers do, too, in high-risk areas. Walmart, Walgreens (WBA) and Gap (GPS) are requiring corporate employees to be vaccinated as they seek to bring people back to the office, but not frontline staff in stores. Walmart, the largest private US employer, has said it hopes that requiring corporate staff to be vaccinated will convince more retail workers to get the shots.

“We want to stick with the message that strongly encourages everybody to get vaccinated, but don’t want to create a situation where employees basically have a risk of physical assault, because it happened last year,” said Larry Lynch, senior vice president of science and industry for the National Restaurant Association. “That’s our biggest fear.”

David French, senior vice president of government relations at the National Retail Federation, doesn’t believe vaccine mandates for customers are the “right step” for retail chains, and they would be unable to enforce such mandates.

“Store employees are not trained to be security enforcement people,” he said. “What do you do if someone says they’re coming in and not going to show their vaccination status?”

No technology in place

There are other barriers to vaccine requirements for customers aside from safety concerns, too.

Most retail stores “don’t have any experience with requiring things like an ID to come into a store,” French said, and it would hurt the quality of their customer service to be scrutinizing shoppers’ vaccine status. There is no technology in place for retailers to easily check customers’ vaccine status nationwide, he said. And then there’s the question of what would happen if people forgot their vaccine cards at home or were accompanied by children who are not yet vaccinated.

“There are some real practical problems with requiring vaccination status to enter a retail store,” he said. “It’s something a lot of retailers are scratching their heads at.”

Vaccine mandates for customers would also clash with some state and local rules, these industry groups say. Fourteen states have banned so-called vaccine passports — digital apps that allow users to show proof of vaccination before entering events and businesses — according to the National Academy for State Health Policy, a non-profit health policy organization which tracks such data.
Companies’ decisions on how to approach vaccine rules come as more businesses start to require vaccines for their workers and cities such as New York mandate them for customers to eat indoors and visit gyms. Some New York City restaurants are welcoming the new requirement. They hope that the measure will help avoid another shutdown, and are looking for support from the city to help them put it into place.

But for the most part, it’s easier for companies to set employment requirements for their own workforce than unfamiliar customers coming in every day, said Craig Rowley, senior client partner specializing in retail at executive search firm Korn Ferry.

Public attitude on vaccine mandates for customers is sharply divided, another consideration for businesses.

A Quinnipiac University poll of 1,290 adults from July 27 to August 2 found that 52% support requiring proof of vaccination for airline passengers, 49% support vaccine proof for attendees of large sports and entertainment events, and just 37% support proof for restaurant customers.

“There are varying opinions on who should be required to prove they have had the vaccine. Yes on proof of vaccination for those who fly, a toss-up for people attending large events, and a no for people going to restaurants,” said Quinnipiac University polling analyst Tim Malloy.