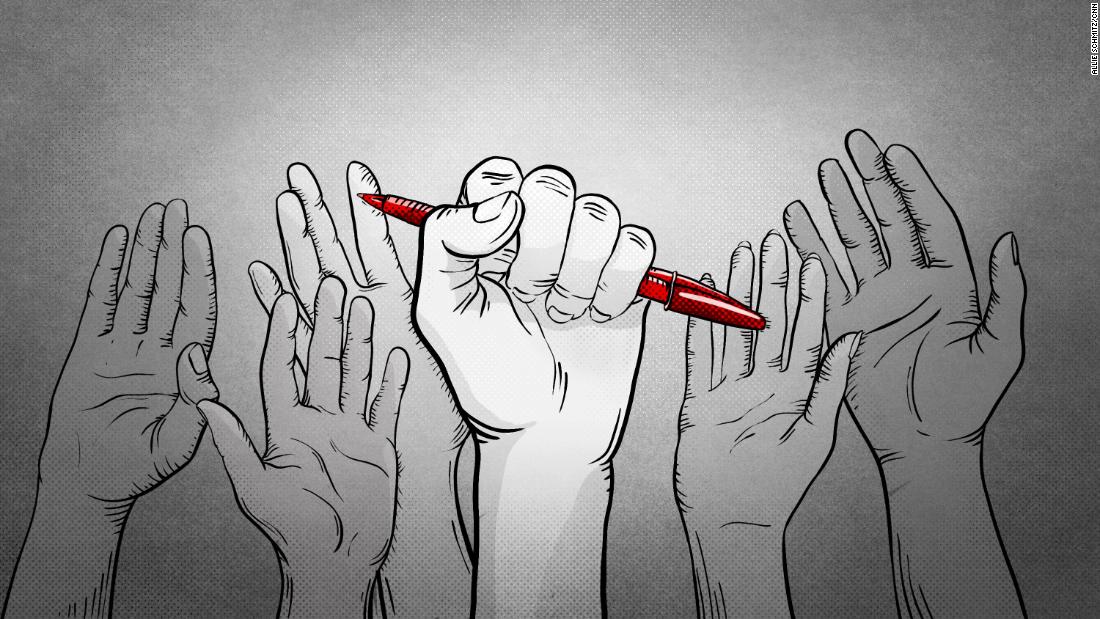 But that effort could soon come to an end.

Last month, the WGAE council announced it would put a pause on working with new digital outlets that seek to unionize. There is a heated debate among WGAE members on the inclusion of digital media workers in what was once a labor union dominated by TV and film screenwriters. On one side of that debate is a group that wants the union to consider spinning the digital shops out of WGAE. But many digital media workers, along with some traditional screenwriters, see themselves as important, dues-paying allies in an overlapping and evolving industry. This issue is a main point of contention between the two tickets for this week’s WGAE council election.
The WGAE and its west coast counterpart the Writers Guild of America, West, have proven to be a powerful force for creating change in the media industry. The WGA famously led a 100-day strike in 2007 and 2008 to addresses issues such as paying writers for the use of their work on the internet. The strike made national headlines as popular television shows and late night talk shows aired reruns while writers for those programs picketed.
That strike was one reason why Tamara Fuentes, an associate entertainment editor for Cosmopolitan who works for both the website and the print magazine, said she is looking forward to becoming a member of the WGAE once her union, composed of some 500 editorial staffers across Hearst Magazines’ digital media and print brands, ratifies their first contract.

“Having that kind of name with us and knowing that they want to support us and knowing that they’re willing to do anything to make sure that we get the wins that we so rightfully deserve, it’s both an honor and such a privilege,” said Fuentes, who is on the bargaining committee for Hearst Magazines Media Union. “Hearing that some people are not so happy about us being involved… is a little bit hurtful because we just want to help each other.”

Gawker’s union was groundbreaking for the digital media industry. Former Gawker writer Hamilton Nolan wrote prior to the 2015 union vote that he and his colleagues “would like to ensure that things like pay and raises are set in a fair, transparent, and unbiased way” and suggested that “every workplace could use a union.” Six years later, many digital media companies do and have gained those benefits and more.

“It’s been a real bright spot in the entire labor movement,” said Nolan, who is now a labor reporter for the magazine In These Times and on the WGAE council.

The WGAE, which was founded in 1954, had about 4,000 members during the 2007-2008 strike. But in recent years, that number has grown to more than 6,000 largely due to the addition of more than a thousand digital media workers.

Nolan told CNN Business that he started to hear “whispers” of dissent around digital media organizing among WGAE members a few years ago but believed it to be a “minority sentiment” until the past year. Now, he is one of seven candidates within the Solidarity Slate running for the WGAE council. The ticket’s position echoes Nolan’s writing in 2015: “Everyone deserves a union,” the campaign website reads.
But the opposing ticket — Inclusion & Experience — is questioning new organizing. Its campaign website says screenwriters in TV and film could become “a minority in the Guild they founded.” The concerns include financial instability in part from a hypothetical situation in which WGAE members could move to WGAW and take their dues with them.

Christopher Kyle, a former longtime council member who is on the Inclusion & Experience ticket and running unopposed for secretary-treasurer, told CNN Business that for every $1 of dues digital members pay the guild spends $3 to organize and service them. Some union members, including those on the Solidarity Slate, would argue that it’s a worthwhile investment.

“I think this is just a cynical shortsighted way to look at how to run a union, to measure the dollars on the ledger sheet to see whether or not what we’re doing is succeeding or failing,” said David Hill, vice president of the National Writers Union and a former organizer in the WGAE and other unions.

Michael Winship, a council member who is on the Inclusion & Experience ticket and running unopposed for president, served as WGAE president from 2007 to 2017 and at the time approved of Gawker joining the guild. He then oversaw the digital union boom at the WGAE.

“I blamed myself among others for that,” Winship told CNN Business. “We thought that it was a good idea to bump up our membership a bit, but it just became this avalanche of people that was so overwhelming.”

Lisa Takeuchi Cullen, a council member who is on the Inclusion & Experience ticket and running unopposed for vice president, said the guild wants to be more transparent and communicative with members than they were during the rise of digital organizing.

“None of this is the fault of our digital media members. They cannot be blamed for thinking that organizing would continue at the breakneck pace,” Cullen said. “That is the fault of the guild.”

The ‘strongest model’ for organized labor

The July email informing WGAE members of the organizing pause and the campaigning for the election has been a wake-up call for rank and file members who were unaware of the turmoil.

“I was startled,” said Alison Herman, a staff writer at sports and culture site The Ringer. “My experience working with staff members of the WGA, East and even meeting with certain members of the council has been nothing but full-fledged support and enthusiasm.”

Herman said she found out about the debate on social media, namely Twitter. She has since used the platform to publicly share her support of the Solidarity Slate and repeatedly pressed screenwriter David Simon, who is running for a third term for council on the Inclusion & Experience ticket, on his position.

Simon, who has been a member of WGAE since 1985 and is the creator of prestige hit show “The Wire,” told CNN Business that he believes the interests of the current members are at odds.

Unions are “strongest when they’re targeted toward the industry that they’re trying to influence,” Simon said. “Amalgamated unions are in many ways, while they’re capable of self-sustenance and providing basic services to members, they’re not the strongest model for what organized labor and collective bargaining can accomplish.”

One concern Simon has is that council members from digital shops would vote against a strike in the future.

“Contract issues that matter to screen and TV writers might seem secondary if the fight for them interrupts the organization and goals of other sectors,” Simon wrote in a recent blog post.

Sara David, an astrology editor at Vice Media who is running for council with the Solidarity Slate, told CNN Business that she plans to stand by her peers.

“I don’t understand all of the rhetoric about journalists coming to steal their power and mess up their priorities when we literally just want to stand alongside them,” David said. “I would link arms with a janitor, a nurse, a teacher if it made my bargaining stronger.”

Members of the Inclusion & Experience ticket, however, are considering a future in which the digital media workers are spun into their own union that is independent or functions as a local division of WGAE. Simon suggested some shops may be better suited in the NewsGuild, another labor union that he was a part of when he worked as a journalist at The Baltimore Sun. The council has created a subcommittee to conduct an assessment of members and propose options.

Josh Gondelman, a comedian and television writer who is running for council with the Solidarity Slate, argued that growing WGAE’s membership inclusive of digital media workers is “good for the union’s overall power and bottom line in the long run.”

“It seems short-sighted for us to draw such boundaries based on the ways news and entertainment are delivered,” Gondelman wrote in an email to CNN Business. “That’s what the studios are doing to avoid paying fair rates to writers on streaming entertainment in many cases.”

Nolan, the former Gawker writer who is also with the Solidarity Slate, stressed that the result of the election should not further divide the union.

“We can’t come out of this election acting like we’re enemies of each other,” Nolan said. “We need to work together and that makes us stronger.”