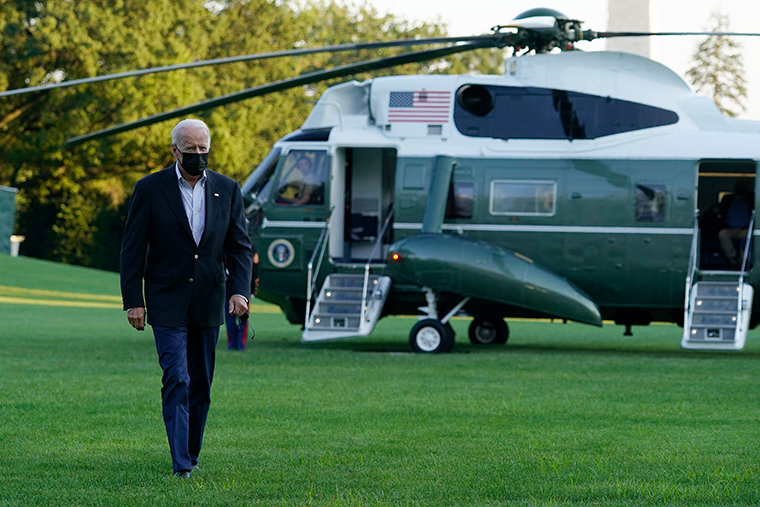 President Biden will “outline the next phase in the fight against the virus,” during his Covid-19 remarks on Thursday, the White House said Wednesday.

White House press secretary Jen Psaki, who noted she was speaking as the President was meeting with his Covid-19 team “to talk about a range of steps,” said Biden would “be specific about what we’re trying to accomplish.”

“He’ll announce tomorrow six steps to stop the spread of Delta and increase vaccinations,” Psaki told reporters during an afternoon press briefing. She said Biden would detail “what these six steps will do.”

“We know that increasing vaccinations will stop the spread of the pandemic, we’ll get the pandemic under control. We’ll return people to normal life. That’s what our objective is, so we want to be specific about what we’re trying to achieve,” she continued, adding she would “just note that what you’re going to hear from the President tomorrow is going to build on some of the steps that the President announced over the course of last few months.”

Psaki said the country still has more work to do and is still at war with the virus and the Delta variant. She said Biden is “speaking to it now, because this issue, of course, is on front of mind, top of mind, to Americans across the country.”

“He’s going to outline the next phase in the fight against the virus and what that looks like, including measures to work with the public and private sector, building on the steps that we’ve already announced.”

Those steps, she said, include requiring more vaccinations, boosting testing measures, and “making it safer for kids to go to school.”

The steps will be implemented over the months ahead, she added.