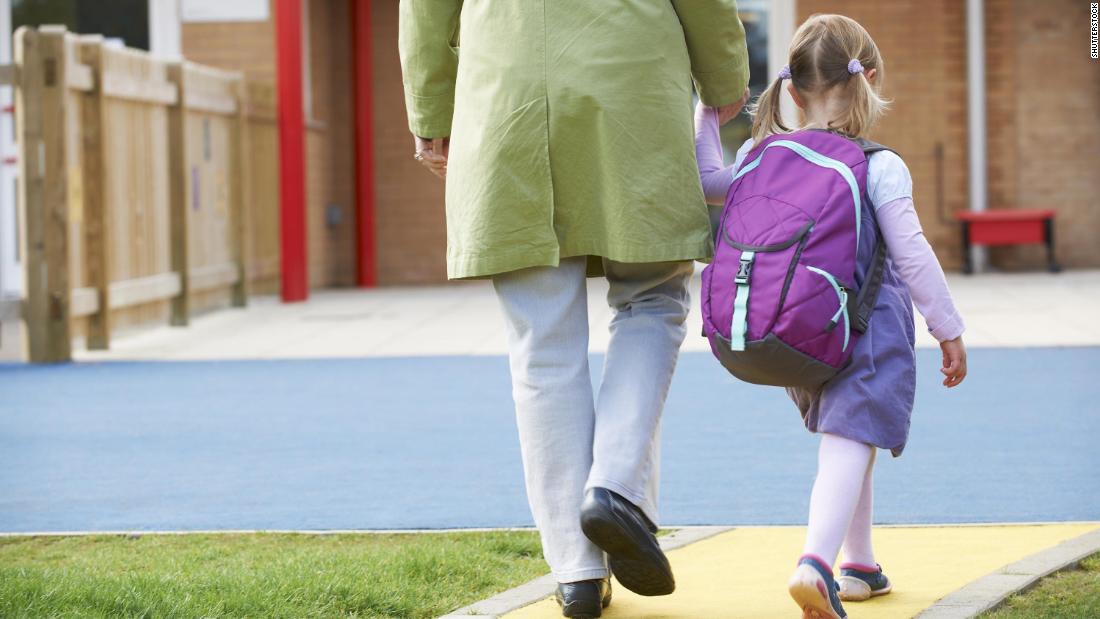 Thirteen House committees are crafting the legislation that will make up the massive package in coming days, with a target of submitting detailed bills by September 15. Democratic leaders hope to hold a floor vote later this month.

The Senate Budget Committee, which released a framework agreement over the summer, says that the investments will be fully offset by a combination of new tax revenues, health care savings and long-term economic growth, though the summary doesn’t provide details. The instructions also list corporate and international tax reform and Internal Revenue Service tax enforcement as options — both of which Republicans shot down in the bipartisan infrastructure bill.

However, a memorandum to Democratic senators specifies that new taxes on families making less than $400,000 a year, small businesses and family farms would be prohibited.

The Senate resolution calls for multiple measures that were contained in the $1.8 trillion American Families Plan proposal Biden unveiled in April.

The House Committee on Education and Labor seeks to establish a universal Pre-K program for 3- and 4-year-olds and a new child care benefit for working families.

Under the American Families Plan, the federal government would invest $200 billion in universal preschool for all 3- and 4-year-olds through a national partnership with states. The administration estimates it would benefit 5 million children and save the average family $13,000 when fully implemented. It would be accessible to families of all income levels, but states would be required to foot about 50% of the cost when the measure is fully up and running.

Under a proposal from the House Committee on Education and Labor, low- and middle-income households would pay no more than 7% of their income on child care for kids up to age 5. Parents earning up to 200% of their state median income for their family size would qualify.

The House Ways and Means Committee is also working on legislation that would invest in child care. It seeks to ensure that that parents and caregivers have up-to-date information on available child care options and help them apply for slots. It would fund the construction and remodeling of child care facilities and raise the wages of child care workers by providing grants to agencies.

The President has also said he wants to bring the wages of the child care workforce up to $15 an hour, from the typical $12.24 hourly rate they earned in 2020.

The House Committee on Education and Labor proposes making community college tuition-free for two years. Under Biden’s plan, the federal government would cover about 75% of the average tuition cost in each state when the program is fully implemented, with states picking up the rest. States would also be expected to maintain their current contributions to their higher education systems.

RELATED: Democrats’ free tuition plan could save community colleges at a critical time

House lawmakers are also aiming to create the first federal paid and medical leave benefit of up to 12 weeks. The American Families Plan calls for giving workers a total of 12 weeks of guaranteed paid parental, family and personal illness/safe leave by the 10th year of the program.

The House Ways and Means Committee is also seeking to extend expansions of the child tax credit, the earned income tax credit and child and dependent care tax credit — all of which were enhanced as part of the Democrats’ $1.9 trillion coronavirus rescue plan but are only in effect for 2021.
The enhanced child tax credit would be available through 2025. Under the expansion in place for this year, families can receive a child tax credit totaling $3,600 for each child under 6 and $3,000 for each one under age 18. The tax credit, half of which is being paid out in advance monthly installments through December, is fully refundable so that more low-income parents can take advantage of it — a provision the House committee would make permanent. Families can claim the other half at tax time next year.

The committee’s proposal would also make permanent the expansions of the earned income tax credit and the child and dependent care tax credit.

RELATED: More children faced food insecurity last year during pandemic
Lawmakers have taken many steps during the pandemic to address child hunger, which rose in 2020. In one of the early relief bills, Congress created the Pandemic-EBT program, which provides benefits to children who normally receive free or reduced-price school meals but were studying remotely because of the coronavirus. States, however, were slow to roll out the complex measure.

The House Energy and Commerce Committee draft legislation calls for adding dental, vision and hearing benefits to Medicare, one of the longstanding goals of Budget Committee Chairman Bernie Sanders, an independent from Vermont who caucuses with the Democrats.

However, dental coverage would not kick in until 2028, which is too long a delay for Sanders. The American Dental Association, on the other hand, opposes the measure, noting that Medicare fees would not adequately reimburse dentists.

Nearly half of Medicare beneficiaries, or 24 million people, did not have dental coverage, as of 2019, according to a recent Kaiser Family Foundation report.

The Senate blueprint also called for lowering the eligibility age of Medicare, another of Sanders’ missions, but that measure did not make it into the House draft legislation.

The draft legislation by the House Ways and Means Committee also calls for making permanent the enhanced Affordable Care Act subsidies contained in the Democrats’ American Rescue Plan, which passed in the spring.

The subsidies reduce the amount Obamacare enrollees have to pay to no more than 8.5% of their income and make assistance available to more Americans. Also, lower-income policyholders can receive subsidies that eliminate their premiums completely. But the boost in aid is only available this year and next at this point.

To extend coverage to more low-income Americans, the House Energy and Commerce proposal would permanently broaden Medicaid eligibility to those who live in the states that have not adopted Medicaid expansion. This would allow up to 4 million uninsured people to gain access to coverage.

It would create a federal Medicaid program in the non-expansion states, starting in 2025. Until then, it would allow those below the federal poverty line to receive premium and cost-sharing subsidies to select policies on the Affordable Care Act exchanges — assistance that is not available to them at this time.

Currently, 12 states have decline to expand Medicaid. None of them have accepted the enhanced funding available in the Democrats’ $1.9 trillion coronavirus relief plan, which was enacted in March.

The committee’s draft legislation also calls for lowering the price of prescription drugs, citing a Congressional Budget Office report that said it could save the federal government $456 billion over a decade. The provision would require the Health & Human Services secretary to negotiate maximum fair prices of at least 50 and as many as 250 high-cost medications that lack competition, including insulin. The price would be available to Medicare beneficiaries and to individuals enrolled in group health plans.

The proposal would also require drug manufacturers who increase their prices faster than inflation to pay back the excess amount to the federal government, which would benefit enrollees in Medicare and employer-sponsored plans. And it would add a cap to out-of-pocket costs in Medicare drug plans for the first time. Beneficiaries would each pay no more than $2,000.

Additional savings would come from blocking the implementation of a Trump administration regulation that called for changing the rebate system within the drug industry.

In addition, the committee proposes investing $190 billion in home and community-based services to help seniors, the disabled and home care workers. It will help those who care for patients by increasing provider payment rates and giving states funding to improve their care infrastructure. It would also make permanent two Medicaid programs that help low-income older adults and those with disabilities receive home-based services.

Biden had included a $400 billion investment in these areas in his original infrastructure proposal, but it did not make the final package.

In addition, the Senate framework calls for promoting health equity, particularly investing in maternal, behavioral and racial justice health measures. The House Energy and Commerce Committee proposal would ensure that all pregnant women on Medicaid could keep their coverage for the first year after giving birth.

Health equity has been one of the priorities of the Biden administration.

The Senate resolution seeks to make investments aiming to meet Biden’s goals of reducing economy-wide carbon emissions by 50% and for the US power grid to get 80% of its power from emissions-free sources before 2030.

It would also invest in agriculture conservation, drought and forestry programs to help reduce carbon emissions and prevent wildfires.

The House Energy and Commerce Committee proposal provides more details on how much certain provisions would cost. It calls for $150 billion in grants for electricity companies that provide clean energy, $13.5 billion for electrical vehicle infrastructure in underserved communities and public buildings, and $9 billion to modernize the energy grid — to name a few.

Invests more in infrastructure and jobs

Biden wanted some of these investments in the infrastructure bill — like improving aging Veterans Administration hospitals, boosting American manufacturing, job training and workforce development programs — but he also wanted bipartisan support and the provisions were cut out during months of negotiations.

It also calls for providing green cards to millions of immigrant workers and families.

Draft legislation from the House Education and Labor Committee specifies that a total of $80 billion would be allocated for a variety of workforce development programs. This would include money to raise the wages of direct care workers, fund jobs fighting climate change and expand apprenticeships and other job training programs targeted to serve laidoff workers and young people.

The committee’s draft legislation also calls for providing $82 billion for public school infrastructure. It would target funding to districts with the greatest need and allow schools to repair, modernize and rebuild outdated school buildings.