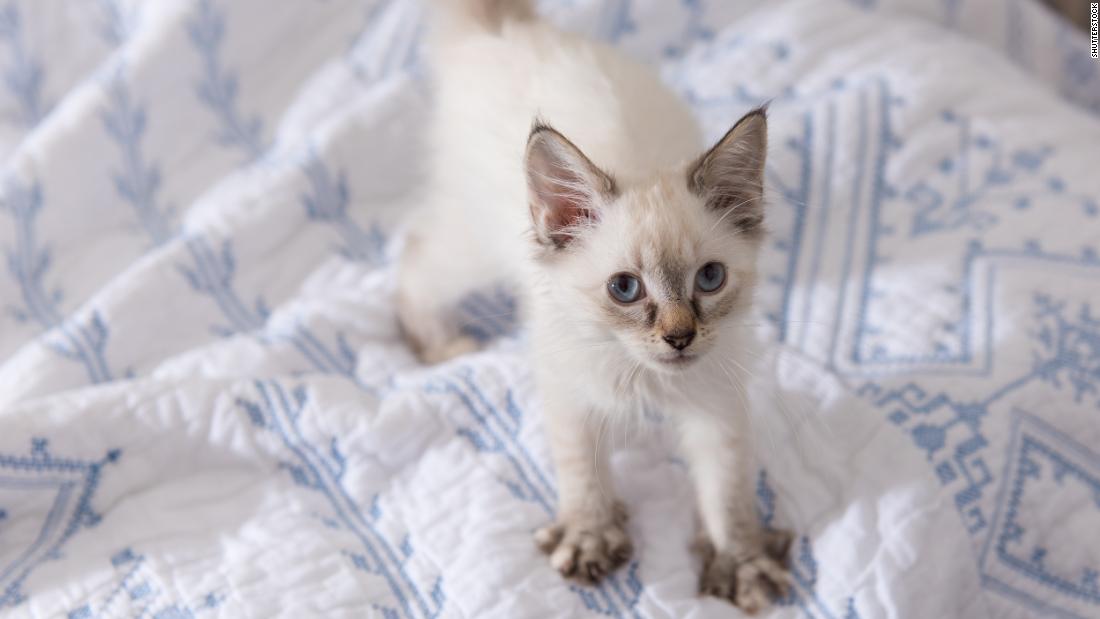 Scientists who study cat behavior call this distinctive paw action “kneading” and believe it to be a sign of a relaxed cat. My own cats knead before taking a nap near me. While they are kneading, they purr — one of them gets so relaxed, he sometimes drools. Kneading usually occurs near a favorite person.
As a veterinarian, I think it’s important to recognize the little moments your cat is telling you she’s happy to be near you.
At the same time, the kitten usually purrs, which is a sound created by rapid vibrations of certain throat muscles. Purring is a signal for attention.

Using these two behaviors, kittens are asking their moms, also known as queens, to remain still so they can continue suckling. Young kittens usually fall asleep while suckling.

Kittens stop drinking their mother’s milk by about two months of age. So why do cats continue to knead as adults?

READ MORE: I’ve always wondered: can I flush cat poop down the toilet?

Kneading seems to be more common in some cats than others. If your cat doesn’t knead, it could mean he is a little stressed — or it could just be that your cat doesn’t display relaxation or affection in that manner.

But many cats do continue kneading into adulthood. It’s pretty safe to assume a cat who is kneading is feeling calm, content and ready to settle down, just like a kitten settling in to suckle and sleep.

READ MORE: What actually is catnip and is it safe for my cat?

You may already know that when your cat bunts, or butts his head and rubs his cheek, head and body against your leg or an object near you, he is putting his scent in these locations. Cats also have scent glands between their toes, prompting some people to suggest that cats are also putting a familiar, comforting scent on their sleeping area when they knead.

Don’t bother to look for these glands on your own cat. They are not easily visible.

READ MORE: We studied what happens when guys add their cats to their dating app profiles

Kneading may also be a form of communication between cats and their people.

If you’ve been around dogs, you know most are quite obvious in letting humans know they want something or like someone. For thousands of years, people have purposely bred dogs to be fun companions, as well as to have useful behaviors such as herding, tracking or guarding.
READ MORE: Don’t blame cats for destroying wildlife — shaky logic is leading to moral panic

Cats and people have also lived together for thousands of years — and humans have appreciated their amazing natural mousing skills. Only recently have people tried to breed cats, but mostly for their appearance, not for specific behaviors.

The result is that cats are a little more subtle than dogs in their ways of telling a person, “I like you.” Kneading is one of those clues.

Dr. Julia Albright is an associate professor of veterinary medicine at the University of Tennessee.