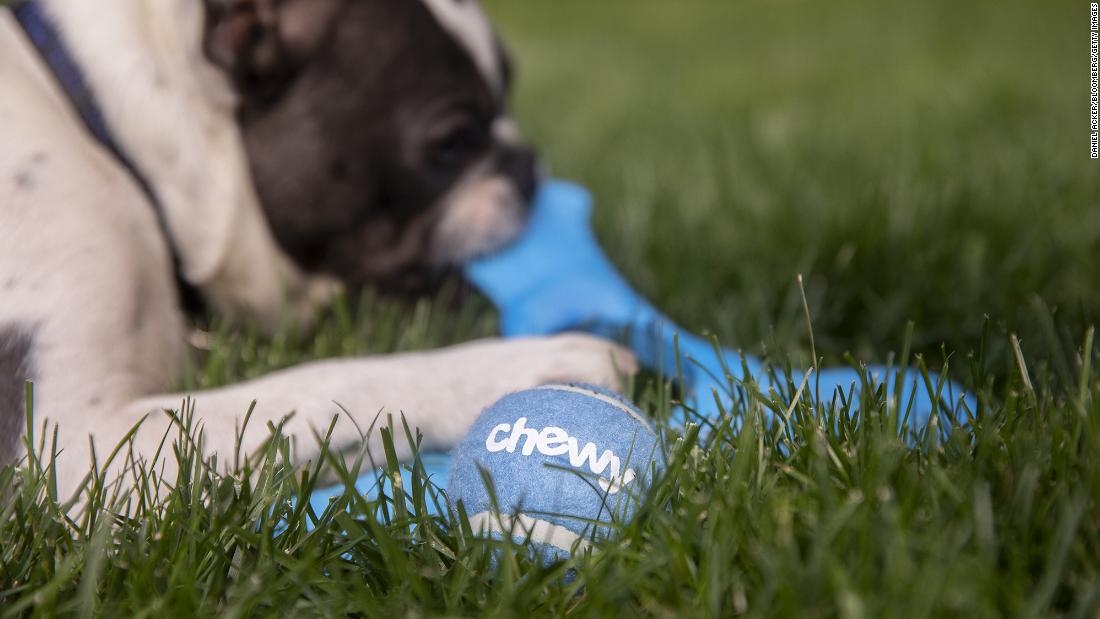 But it looks like Chewy’s Covid lift is fading, and that’s sending the stock to Wall Street’s dog house.

Shares of Chewy (CHWY) fell nearly 10% in early trading Thursday after the company posted a bigger-than-expected loss for the second quarter and sales that missed forecasts.

Chewy’s revenue still grew at an impressive 26.8% during the quarter, but company executives also warned that sales growth for the third quarter would not be as high as analysts expected.

“Customer adds are running higher than pre-pandemic levels, but below the record levels we saw last year during the peak of the pandemic-driven lockdowns,” Chewy CEO Sumit Singh said during an earnings-release conference call with analysts lWednesday.

Singh also noted that more consumers ventured back out into the world in the late spring and early summer. That may have hurt Chewy as consumers spent more on travel, eating out and shopping at local retailers.

As a result, Singh said Chewy, along with its fellow other digital retailers, spent a lot more on marketing during the quarter, which put a drag on profits.

“To counter this traffic decrease in online and at the same time to incent consumers to revert to their pre-pandemic store shopping behavior, both retailers and e-tailers spent marketing dollars vigorously,” he said.

Singh added that the cost-per-click rates on Google (GOOGL) soared 51% over the past year in the pet supplies category while Facebook’s (FB) ad prices for pet goods surged 80%.
Chewy shares have now fallen about 35% from the all-time high they hit in February, following a more than 200% surge in 2020. The company has been one of the few major standalone online retailers to thrive at a time when Amazon (AMZN) is increasingly dominating the digital landscape.
Chewy has also successfully fended off challenges from traditional pet supply retailers such as Chewy’s former parent company, PetSmart, as well as Petco.

But Wall Street was not pleased with Chewy’s disappointing quarter and guidance. Eight analysts slashed their price targets on the stock following the earnings report, according to data from Refinitiv.

One of those analysts, Brian Fitzgerald of Wells Fargo, wrote in a research note that Chewy was hurt by “a slightly softer consumer demand environment in the online pet category” and a “frenzied” marketing atmosphere.