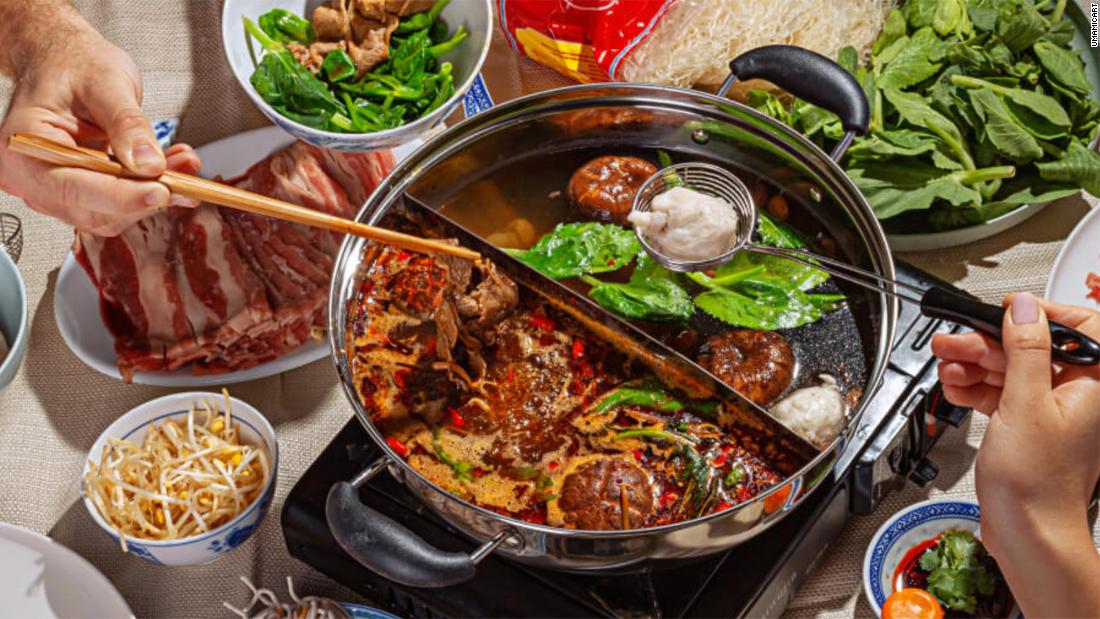 Umamicart, an online Asian grocer that delivers packaged and fresh ingredients directly to your home, is no Fresh Direct — and it’s not trying to be. Instead, it offers a curated selection of Asian products and ingredients that you may have trouble finding in the conventional chain grocery store.

You won’t see an endless number of products to shop on Umamicart, which has its pros, including limiting that paradox of choice and feeling of overwhelm; and its cons, like not always being able to find the exact item you’re looking for.

Still, there’s plenty to browse, and you can do so by category while enjoying Umamicart’s very cute branding.

Thanks to Umamicart, I was finally able to cook a recipe I’ve been wanting to try for years: a vegan bahn mi from the cookbook “Vegetarian Viet Nam

If you’ve ever tasted a bahn mi, which is a seriously succulent Vietnamese sandwich, you know that it’s built upon complex flavors. There’s a certain je na sais quoi to the bahn mi that can’t at all be mimicked by an American deli sandwich (consider this the understatement of the year).

Give credit to the long, long list of ingredients for the bahn mi’s impeccable range of flavors. For a vegan take, I needed to find fish-free versions of the specific Asian condiments the recipe called for, and Umamicart delivered — literally.

For one of the most complicated recipes I’ve ever decided to tackle, Umamicart provided almost everything I needed. I also ordered some extra ingredients to play around with outside of the recipe, because I just couldn’t help myself. Here’s what I purchased, all for around $50:

The only thing I couldn’t find on Umamicart was a baguette. This wasn’t tough to remedy with a visit to my neighborhood grocer.

My box arrived in about a day — quick! — and, while properly padded to keep cold and protected from physical damage, it was packaged with very minimal plastic, which is always a plus in my books.

Everything presented as expected — the sauces were bottled, the tofu skins frozen — except for the fresh produce. As part of the “Cooking Essentials Herb Combo,” I received a half-pound of red Thai chilis, of which I only needed about two little pieces. Thai chilis are very small compared to, say, a bell pepper, so a half pound added up to what looked like 100-plus little peppers (regrettably, I didn’t count them). Abundance is almost always exciting, but there was no way I was going to get through this many chilis before they went bad. I didn’t consider how many would come in this produce package — certainly a lesson for next time. Umamicart doesn’t currently offer a smaller quantity selection on its site, which is a slight inconvenience compared to the weigh-and-pay option often available at the brick-and-mortar grocery store. (That said, I don’t think my local grocer carries thai chilis in any quantity, so in this case, it’s better to have more than none at all.)

And — I’m so glad you asked — my recipe trial was an absolute fire of a success. I’m excited I’ll be able to replicate my tasty win over and over again: Many of the “hard to find” ingredients I purchased on Umamicart are shelf stable — like the dehydrated mushrooms I ground into an umami-bomb of a powder — or can be refrigerated for a long time.

While the concept of “ethnic aisles” in the grocery store is seriously outdated, they’re still awfully prevalent throughout the U.S. Maybe even worse, they’re very much lacking.

Soy sauce, pickled ginger, sesame seeds and oil and — if I’m lucky — a brand or two of gochujang pretty much make up the extent of the “Asian” section in the supermarket closest to me.

This lack of access puts a strain on home cooks accustomed to making and eating meals with an array of so-called “ethnic” ingredients, and it also erects a barrier to entry for those who want to experiment with new-to-them flavors and recreate some of their favorite restaurant meals.

And plainly, skimping on the many delicious kinds of ingredients people want to cook with is a bad business decision: Roughly 40% of the U.S. population identifies as non-white, and that number only stands to grow. Whoever decided to squeeze close to half of the country’s food preferences into a single, poorly-organized shelf isn’t thinking straight.

My bet? Specialized companies like Umamicart will win the taste buds and loyalty of many customers, while old-timey supermarkets will scramble to catch up as they reorganize their aisles to make up for lost time (and flavor).

Despite some very minor hiccups, I’d deem Umamicart a practical business that works to serve those of us who don’t have access to Asian specialty stores. With a repertoire of recipes and food facts, Umamicart is also a great source of inspiration and a place to learn about food and its history. I highly suggest signing up for the site’s newsletter, even if you don’t yet need to buy anything.