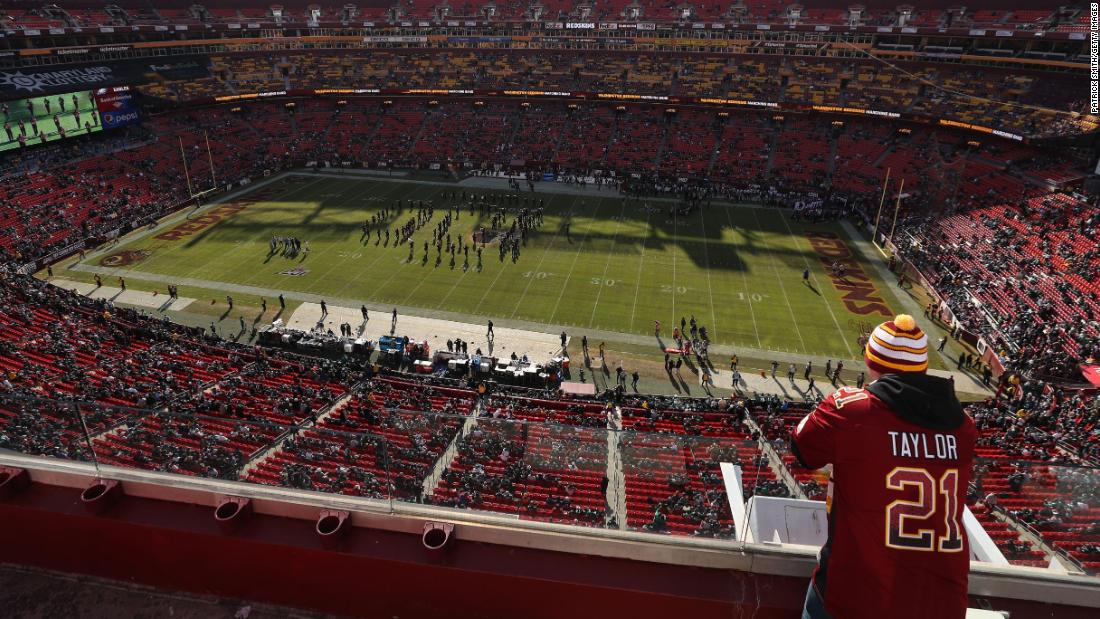 That attire had been tradition for fans of the team, formerly known as the Washington Redskins, but the organization officially changed its name in 2020 amid pressure from several corporate sponsors to change it due to its racist connotations.
“We are excited to welcome everyone back wearing their Burgundy & Gold. However, Native American inspired ceremonial headdresses or face paint may no longer be worn into the stadium,” the football organization said in a news release Wednesday.

Native American groups had long denounced the team’s name as an ethnic slur. The team has already expired all Redskins branding from team properties including FedExField, all of its digital properties and merchandise.

“Though I wasn’t here for the rescinding of the name, I believe it was done with faith that the connective ties of this fan base run deep and that the deeply loved traditions and positive aspects of our identity can be preserved and even enhanced under a new name that does not offend any member of our community,” Team President Jason Wright said in a recent blog post.

For the Native American community, the decision announced Wednesday has been needed for years.

“Today’s announcement by the Washington Football Team is welcome news, but long overdue, as Native people have suffered the indignity and trauma of these dehumanizing fan rituals for decades,” National Congress of American Indians President Fawn Sharp told CNN in a statement.

“NCAI will not rest until all professional, collegiate, and K-12 school teams retire their Native ‘themed’ mascots — and the fan rituals that go with them — to the dustbin of history where they belong.”

The team will have a new mascot in the future, but there is no word as to when that will happen.

Last season, fans were not allowed at the games for the beginning and end of the season because of the Covid-19 pandemic, and fan participation at all was very limited, so this will be the first season with the official new name and fans in place.

The team is also recommending masks for their fans and they will resume tailgating.

Preseason for the Washington Football Team begins August 12 and the first home game is August 20 against the Bengals.