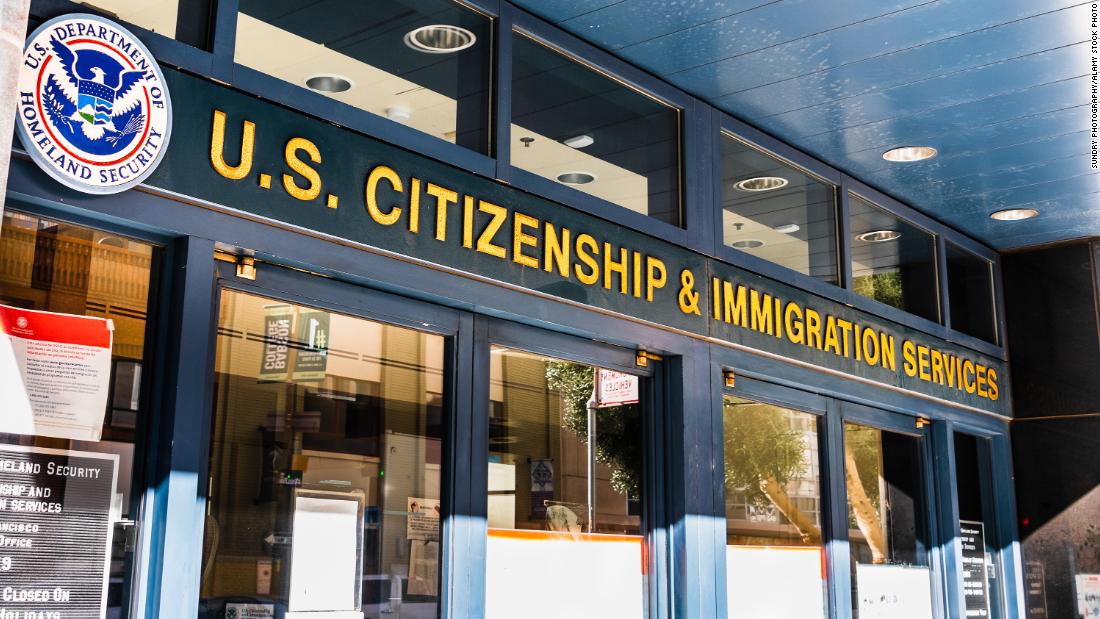 “As you may know, country conditions in Afghanistan are rapidly deteriorating. In response to this humanitarian crisis, USCIS has been asked to be prepared to support the United States government Operation Allies Refuge,” the notification said.

The operation was launched in July to get Afghans who are eligible for Special Immigrant Visas and their families to the United States.

Earlier Monday, Pentagon press secretary John Kirby confirmed to CNN that the Department of Defense will potentially relocate up to 30,000 Afghan SIV applicants to the US. He said Fort Bliss in Texas and Fort McCoy in Wisconsin have the capability to house these applicants.

However, CNN reported on Sunday that the Biden administration had curtailed the number of government-sponsored evacuation flights to the US for Afghans who worked alongside the US as it prioritizes the evacuation of American personnel.

“It is important to note that the situation in Afghanistan is fluid and can change at a rapid pace,” the notification to USCIS staff added.

The notification asked for volunteers who are willing to deploy to locations in “Texas, Wisconsin, California and possibly others.”

USCIS, which has a workforce of 19,000, oversees lawful immigration to the United States, including asylum and refugee processing.

The call for volunteers is an extension of a previous solicitation for employees to work at Fort Lee, the first location to receive visa applicants under Operation Allies Refuge.

The request for volunteers comes as refugee and immigration groups press the administration to do more for US allies in Afghanistan.

On Monday, President Joe Biden said, “There are concerns about why we did not begin evacuating Afghan civilians sooner. Part of the answer is some of the Afghans did not want to leave early, still hopeful for their country.”

Krish O’Mara Vignarajah, president and CEO of Lutheran Immigration and Refugee Service, said in a statement that Biden’s claim is “inconsistent with our experience working with Afghan allies.”

“We have been in touch with countless SIV recipients who have been desperate to leave Afghanistan for months and have not been able to due to a backlog in visa processing, insufficient financial resources and inadequate flight accessibility through international organizations,” she added.

There are roughly 80,000 Afghan Special Immigrant Visa holders and their families in “grave danger,” along with tens of thousands in other vulnerable populations, according to Vignarajah.

Monday night, Biden issued a memorandum that directs the secretary of state to use the Migration and Refugee Assistance Act to help meet the “unexpected urgent refugee and migration needs of refugees, victims of conflict, and other persons at risk as a result of the situation in Afghanistan, including applicants for Special Immigrant Visas. Such assistance may be provided on a bilateral or multilateral basis as appropriate.”