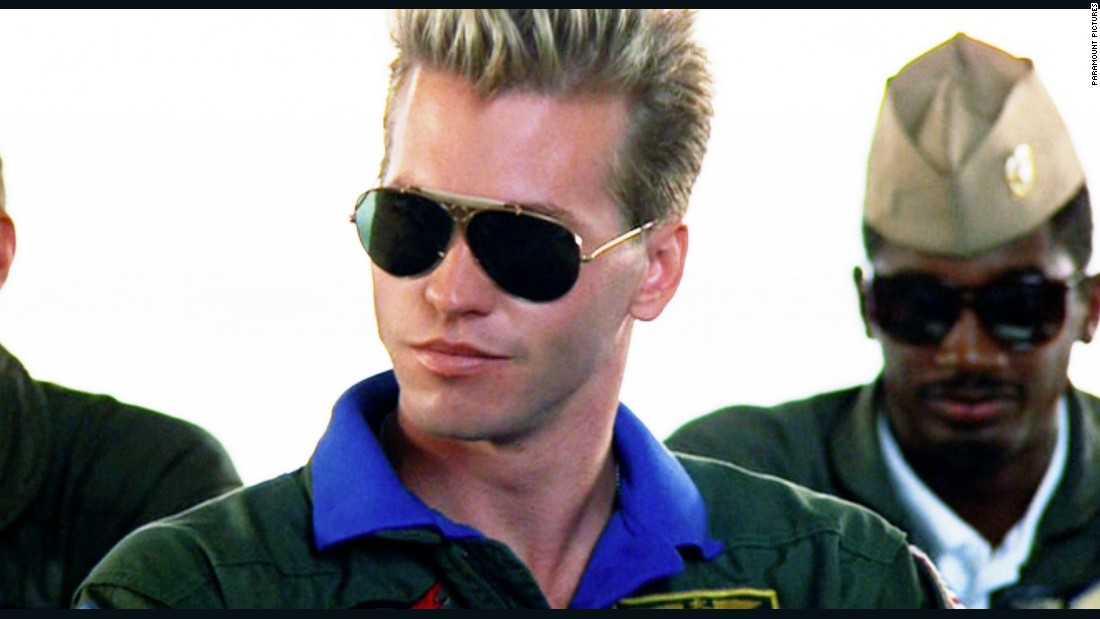 Which brings me to actor Val Kilmer and our first item this week. Let’s get to it, shall we?

Cancer may have robbed Kilmer of his voice, but he has still managed to find a way to have his say.

The “Top Gun” star was one of Hollywood’s early adopters of handheld cameras. Thanks to that, there is plenty of footage from his professional and personal life over the years.

It all has been packaged in a documentary titled “Val,” billed as a “raw, wildly original and unflinching documentary” that “reveals a life lived to extremes and a heart-filled, sometimes hilarious look at what it means to be an artist and a complex man.”

Kilmer is a bona fide movie star — and it’s not often we get such an intensely personal glimpse of the progression of a career in the spotlight, courtesy of what is essentially home movies. The narration by his sound-alike son, Jack, makes it feel all the more intimate.

The film is currently in limited release in theaters and starts streaming on Amazon Friday.

She has already invented the selfie and become an advocate for abused children, so do we agree that Paris Hilton can pretty much do anything?

Reserve your answer until you see her in the kitchen.

I won’t amp this show up too much — even though her longtime friend who wasn’t but now is again, Kim Kardashian West, makes an appearance. I’ll just say that if you know Hilton at all you will get that she is merely being Paris Hilton, just in a kitchen.

That is to say, watch it because at some point it has to become a “Jeopardy!” or board game question.

The show is currently streaming on Netflix.

With all the attention being paid to historically Black colleges and universities right now, it feels the appropriate time to binge “A Different World.”
“The Cosby Show” spin-off ran on NBC from 1987 to 1993 and was centered on the fictitious Hillman College, a school so famous in the Black community that I have been stopped by show fans when wearing a T-shirt repping the fake institute of higher learning (receipts that I really do own such a shirt can be found here).

Originally conceived as a show for Lisa Bonet’s character Denise Huxtable, she wasn’t on the show long and instead we fell in love with the likes of students Dwayne Wayne (Kadeem Hardison) and Whitley Gilbert-Wayne (Jasmine Guy).

Enjoy a blast from the past with the series when it starts streaming on HBO Max Sunday. (CNN and HBO Max are both part of WarnerMedia.)

Two things to listen to

Strike up the band as Barbra Streisand is releasing music!

“Release Me 2” is the second volume of some of the diva’s rare, previously unheard tracks and her first album since 2018’s “Walls.”

“Working on this 2nd volume of Release Me has been a lovely walk down memory lane … a chance to revisit, and in some cases, add a finishing instrumental touch to songs that still resonate for me in meaningful ways,” Streisand says in a note on her site. “I’m particularly struck by the ongoing relevance of ‘Be Aware’ and ‘One Day,’ which still speak to our collective sense of humanity.”

Absolutely no one does it like Babs (we can call her that after all these years, right?). “Release Me 2” is out Friday.

It’s accurate, given that the single of the same name, a duet with Kane Brown, hit No. 1 and he also has collaborations with Lauren Alaina and Mitchell Tenpenny.

One thing to talk about

Soap operas, daytime dramas, the stories — no matter what you call them — I miss them.

I grew up with my grandmother falling asleep (she worked multiple jobs) in front of “The Young and the Restless,” basically leaving the soap to play babysitter.

Over the years, multiple daytime dramas have gotten canceled, which is why I was thrilled to hear that NBC’s streaming service, Peacock, had ordered “Days of Our Lives: Beyond Salem.”

The limited series is a gift to fans of “Days of Our Lives,” one of the longest-running soap operas ever.

It’s old home week with some popular past and present “Days” stars scheduled to appear, including Deidre Hall, Jackée Harry and Lisa Rinna.

Something to sip on

Call me cynical, but I don’t view DaBaby’s apology after he started losing gigs a moment of enlightenment.

Keeping it real, hip-hop has always had a problem with homophobia, misogyny and other issues that undercut the rights of “others.”

Not that the genre is singular in that, but the music for years has been underpinned by masculine bravado that has been far from LGBTQ+-friendly.

After DaBaby’s controversial comments at the Rolling Loud music festival in Miami, the backlash came from multiple fronts, including from fellow artists Dua Lipa, Elton John and Madonna, and music festival Lollapalooza, which canceled a scheduled performance prior to his apology.

Here’s hoping DaBaby is getting educated on why he was wrong, not just learning how to keep inflammatory comments to himself.