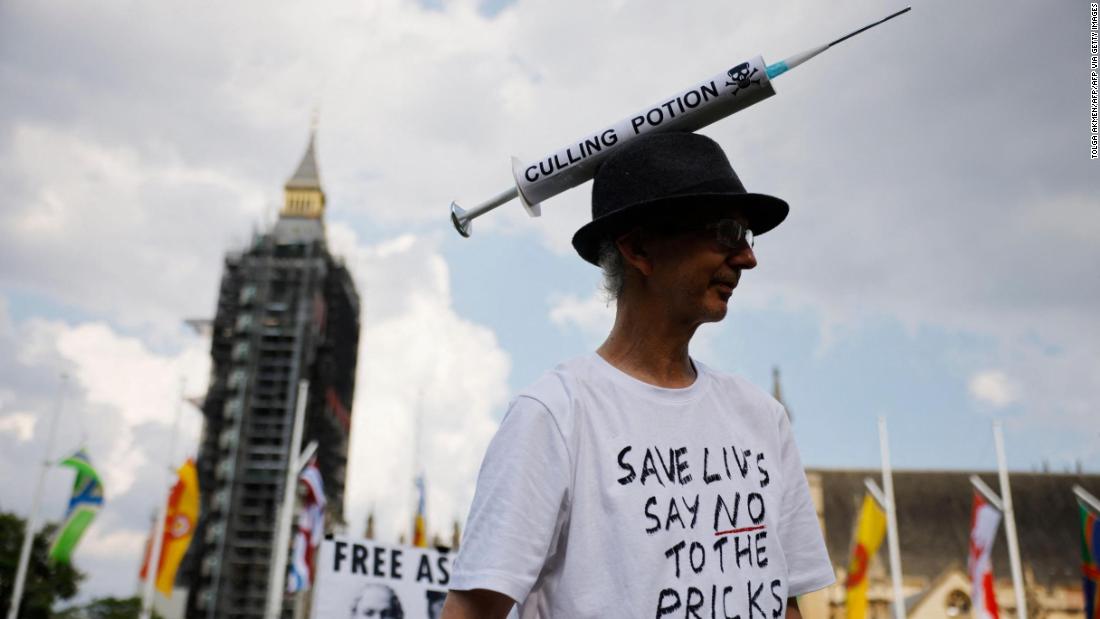 The reasons for this are varied. Some people believe they are fit healthy and young, so getting vaccinated is not a priority. Some have poor digital literacy, or limited access, and have found it too complicated to book a vaccine so gave up. And some simply don’t trust their government to the extent that they’ve become susceptible to misinformation.

Despite recent upticks in vaccination doses being administered, the reality that most countries will not hit that 80-90% goal while the Delta variant spreads presents a serious threat. Not only does it affect the speed at which these specific countries can wave goodbye to Covid but, on a global level, it also creates an opportunity for the virus to spread, mutate and break their borders to countries with lower vaccination rates. In other words, it could incubate the next disaster in this pandemic.

In the UK, inner-city areas with diverse communities have seen these dynamics play out many times.

Philip Glanville, mayor of the London borough of Hackney, explained that in “Turkish and Kurdish communities, there is a high level of trust with doctors and the NHS, but they’ve sometimes found it difficult to book appointments. Whereas in some Black-British communities, misinformation has sadly spread about the vaccine affecting pregnancy women and fertility.”

Hackney has seen a drop from around 1,000 daily first doses administered to around 100 in the space of roughly two months. And while of course many of those who want to get jabbed have now done so, the group of holdouts is bigger than most countries want it to be. And given the young age groups currently being encouraged to get their first vaccines, this is a real cause for concern, as younger people tend to have more social contacts, creating more opportunities for the disease to reproduce.

Glanville, who has himself volunteered at Hackney’s vaccination centers, criticized the UK government for playing an overly centralized role by not allowing local authorities to make decisions based on their knowledge of their own communities.

“The messaging and rules have been unclear for lots of people who want to be vaccinated,” Glanville said. “It’s not been the fault of people on the ground in Hackney, but as a volunteer, I’ve had to turn people away who turned up with an elderly relative and asked if they could have one too. The sad reality is, if people have poor literacy or digital skills, don’t really understand the rules and get turned away, they might just give up.”

In another corner of the UK, Northern Ireland is seeing a similar vaccination decline, despite a recent surge in infection.

Gabriel Scally, a former public health official in the province, explains that many Northern Irish citizens do not trust the health service or areas of the government.

“There are currently three public inquiries into dreadful failures of the health service, hospital waiting lists are appalling and the sectarian nature of our politics means that certain groups are incredibly distrustful of one part of the government or another,” he explains.

In Northern Ireland, the government is run on a principle of power sharing between Republicans (who broadly favor a united Ireland) and Unionists (who want Northern Ireland to remain part of the UK), with the aim that no group will feel marginalized. The most radical ends of either group are historically less trustful of leaders from the other, even when it comes to public health.

Israel wowed the world with its speedy vaccination rollout and high initial uptake. Yet in recent weeks, the international poster child of immunization has also experienced a slowdown.

The reasons for this are largely societal, Asher Salmon, the deputy director general of the country’s health ministry, explains.

“There are issues within small minorities of the ultra-Orthodox and Hasidic communities where some people have strange ideas based on anti-vaccination misinformation,” he said. “There are also problems in Bedouin societies, where distrust in the Israeli authorities is typically quite high.”

Salmon also says that people who hold fringe political beliefs have been exposed to misinformation that complements their anti-establishment, anti-globalist views. “There are people who believe that the pharmaceutical industry has a vested interest in making the pandemic appear worse than it is.”

Meanwhile in America, misinformation and partisan distrust in the authorities has become a challenge for some doctors trying to convince their patients to get vaccinated.

Dr. Mark Horne, chief medical officer at South Central Regional Medical Center in Mississippi, told CNN there is “a significant, hardcore group of people who mistrust advanced medical science” in his local area because of their politics.

“This is a very Christian, conservative place. I try and explain to my patients that I am a Christian and conservative, but that this is just science. One of my patients who has diabetes told me he won’t get the vaccine because he thinks it’s a political conspiracy. Even people I’ve treated for 25 years tell me that they trust me, but don’t trust the vaccine or the science behind it.”

One recurring theme in all these countries is many young people are perfectly willing to get the vaccine, but don’t see it as a priority. This is possibly because of the evidence that the disease affects older people more dramatically.

“For a lot of young people there is a trade-off: potential side-effects versus the fact they are young and healthy, so unlikely to get seriously sick,” said Melanie Leis, director of the Big Data and Analytical Unit at Imperial College London, which recently published a report on global vaccine confidence.

“When asked about the reasons for not having received a vaccine yet, only 4% of the 40+ group stated concerns about side effects, compared to 10% of those 18-29,” she added.

These might seem like small numbers, so why is this such a problem for the global response to Covid?

“If one were to draw a graph of vaccine coverage versus danger, it would be a linear progression, the greater the vaccine coverage, the less the dangers and the other way around,” said Bharat Pankhania, senior clinical lecturer at the University of Exeter, in western England.

“Of course, we want to get to 90% coverage, it is a tall order globally. If we get to 70% and stay there, there will be many sporadic outbreaks which may overwhelm health services. Worse, it will create more chances for the virus to mutate and variants of concern to emerge.”

These mutations and variations of the disease risk blowing a huge hole in the vaccination effort, undermining the hard work that has already taken place in so many countries.

Simon Clarke, associate professor in microbiology at the University of Reading in southern England, said that “every time a new virus particle is created, the virus has an opportunity to mutate and build resistance to the vaccines that we currently have. So, if you are not vaccinated, not only are you putting yourself at risk, but also the people who have done the right thing and had the jab.”

If this is dangerous for highly vaccinated countries, it is a terrifying prospect for those unable to get hold of enough jabs for their citizens. “It is virtually impossible to stop viruses crossing borders, so a weakness in any country is a problem for every country,” said Clarke.

All of this raises a question of moral obligation for countries that are sitting on vaccines or giving people their third shorts while others simply don’t have enough doses. “There is certainly a big question over what these high-income countries should do if they have reached saturation, while poorer nations have significant numbers of people desperate to get vaccinated,” said data analyst Leis.

Pankhania added it is a “disgrace” that so much of the world is unvaccinated and that if richer countries were to distribute their stockpiles “we would see a huge uptake all over the world.”

Back in the US, UK and Israel, what can be done to encourage those final holdouts to take the plunge and get vaccinated?

“We have introduced schemes where you cannot enter cultural venues, clubs, bars without getting tested if you’ve not had the jab,” said Salmon. “A secondary advantage of the passport, alongside reducing the rate of infection, is to encourage young people to be vaccinated.”

Horne says that he has encouraged his patients to be good ambassadors and tell their friends about family members getting sick and share their positive experiences of getting vaccinated.

Horne says that he has encouraged his patients to be good cambassadors, telling their friends about family members getting sick to hammer home how serious this virus is and share their positive experiences of getting vaccinated.

“It takes more than physicians and government for people who inherently distrust the state. Lots of the holdouts who eventually came round that I’ve encountered either saw a family member get sick or get vaccinated and all the things they feared not happening,” he said.

The race to get as many people vaccinated before the virus spreads further or mutates into something more dangerous is going to be won with a mixture of carrot and stick, with other countries seeing similar incentives to getting the jab as Israel.

However, the next phase of this battle is going to be an uphill struggle, taking place at a time when many of the countries struggling with vaccine hesitancy enter their winter months.

All of which raises a very alarming question. If even wealthy Western countries are unable to emphatically win the race against Covid, what hope do other parts of the world — low on vaccines, poorer in infrastructure and with less access to reliable information — have of ending their pandemic in the next year?