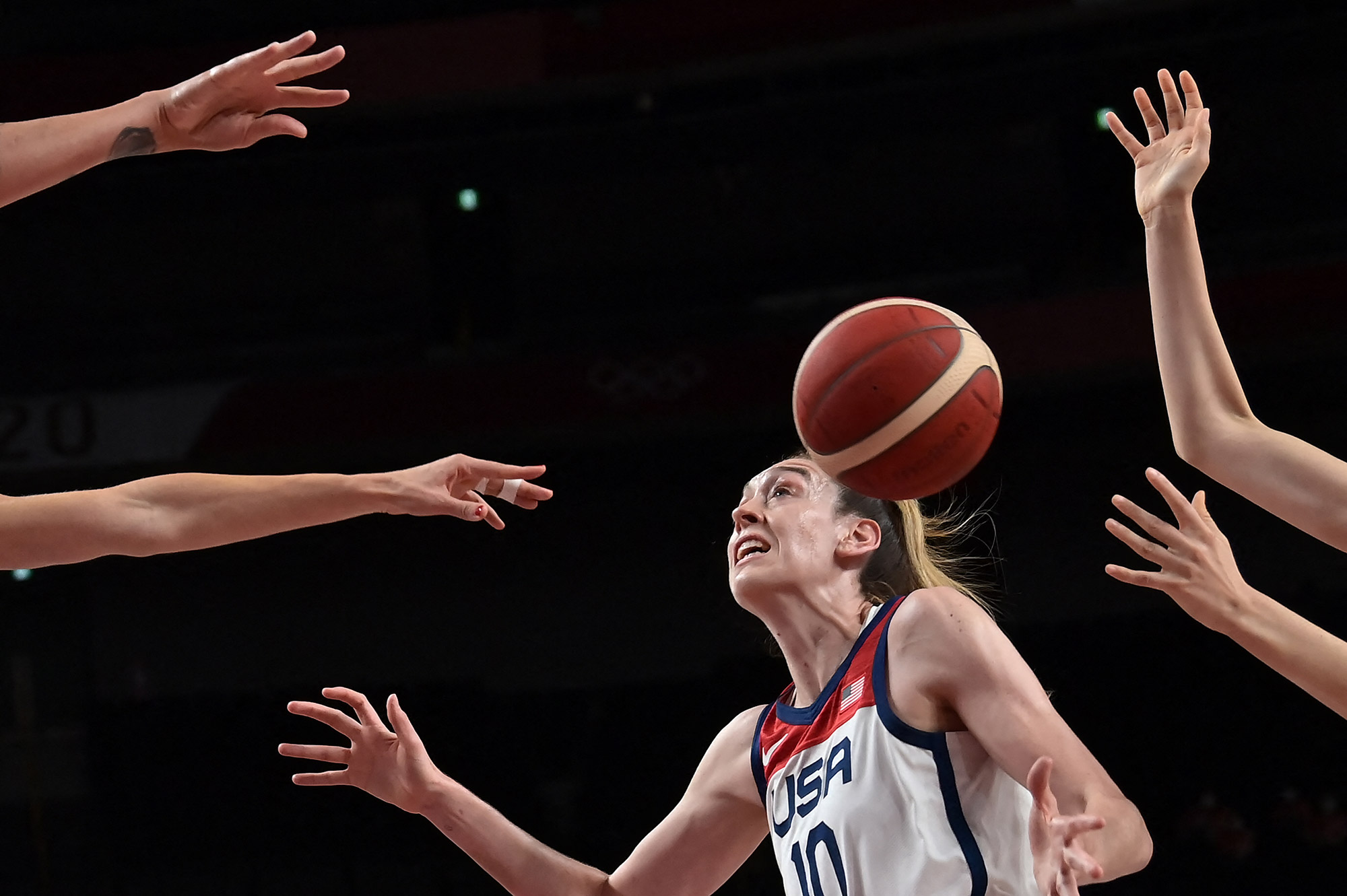 There’s still plenty of competition left as the Olympics head into their final weekend. But a storm, hot weather and rising coronavirus cases loom over the forthcoming finale of the Tokyo Games.

“The flow of people in Tokyo’s downtown has not increased compared to the time before the opening of the Olympics. I don’t think the Olympics has led to the increase of infection,” Prime Minister Yoshihide Suga said at a news conference Friday.

Though the Olympics draw to a close Sunday, experts will likely be unable to analyze the Games’ effect on Covid-19 cases for at least two weeks due to the virus’ incubation period.

Belarus coaches forced to leave Games: The International Olympic Committee has revoked the accreditation of two Belarusian coaches allegedly involved in trying to force sprinter Kristina Timanovskaya to return home against her will.

The Olympic body said it decided to remove the two coaches to safeguard “the wellbeing of the athletes of the NOC (National Olympic Committee) of Belarus who are still in Tokyo and as a provisional measure.”

Hasan’s quest continues: Sifan Hassan of the Netherlands will go for her second gold medal in tonight’s women’s 1,500 meters final. She already won the 5,000 meters race and is set to compete in tomorrow’s 10,000 meters final, too. No woman has ever won all three races in a single Olympics

Football gold, delayed: Team Canada and Sweden will play the women’s football final in Yokohama, near Tokyo, tonight. The match was delayed from its initial 11 a.m. local start time due to stifling heat and humidity, which has affected many of the athletes competing outdoors — and could pose concerns for the men’s and women’s marathons this weekend.

The races are taking place in the northern Japanese city of Sapporo, where temperatures are usually cooler than Tokyo. Despite an early morning start, temperatures on Saturday for the women’s marathon will likely be between 26-28 degrees Celsius (79-82 degrees Fahrenheit). It will be slightly cooler Sunday, when the men run, with a forecast of about 24 degrees Celsius (75 degrees Fahrenheit). Relative humidity values both days are expected to be between 70% and 80%, making it feel even warmer outside.

A tropical depression heading toward Tokyo could bring a much-needed respite from the heat, but also threatens to rain out Sunday’s closing ceremony. However, the forecast for the storm is still uncertain.

Medal tally: China leads the way with 34 gold medals, followed by the US with 30 and Japan with 22. The Americans top the total medal table with 92. China is second with 74 and the Russian Olympic Committee (ROC) in third has 58.

The full Olympic schedule can be found here.