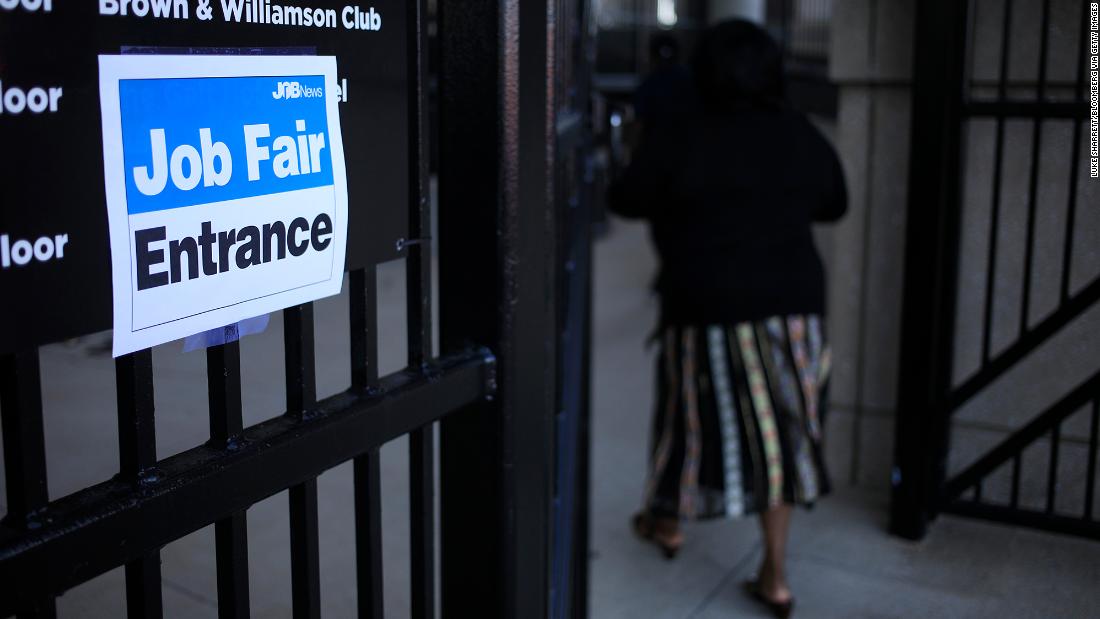 Hiring is rampant across industries, as businesses are still rebuilding the capacity lost during last year’s lockdowns. Professional and business services, retail, hotels and restaurants added the most job openings, according to the Bureau of Labor Statistics report released Monday.

But many jobless workers are facing complexities. Some continue to struggle with finding child care, while others are concerned about the risk of contracting the virus at work.

Economists expect that at least the child care aspect will be addressed when schools reopen in person after the summer. But the rampant spread of the Covid-19 Delta variant is adding exposure risk. Meanwhile, the generous pandemic-era unemployment benefits that have already ceased in multiple states will run out in September, which could affect the rate of hiring as well.

In June, the number of hires rose to 6.7 million, particularly due to increased activity in retail and education.

The layoff rate was unchanged at 0.9%, the lowest level on record and flat from May, while the voluntary separation rate rose to 2.7%.

The buoyant job openings report is further proof that America’s employment recovery picked up speed over the summer months. Between June and July, the nation added nearly 1.9 million jobs.
The unemployment rate fell to 5.4% in July and economists are getting more optimistic that it will reach pre-pandemic levels next year: Goldman Sachs (GS) predicts 3.5% unemployment by the end of 2022.

That said, the overall jobless rate is just one measure of the labor market. Participation rates are still down and even though unemployment sank across most demographic groups in July, it remains higher for Black, Hispanic and Asian workers.