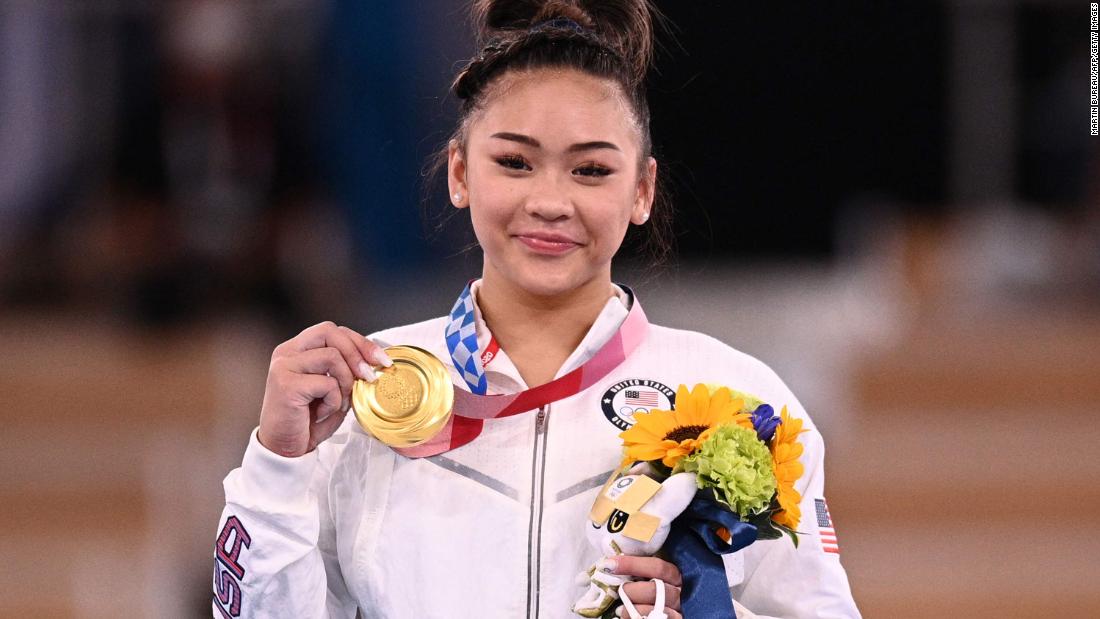 “This is such a surreal moment. I just feel like I could have never been here ever. It doesn’t even feel like real life,” the 18-year-old said after winning the most coveted medal in gymnastics.

She also extended the United States’ 17-year winning streak in the women’s all-around competition — a dynasty that seemed in jeopardy when the previous all-around champ, Simone Biles, announced her withdrawal.

But Lee’s historic performance — highlighted by the most difficult, astonishing uneven bars routine in the world — also capped an immensely difficult journey.

She’s been marred by injuries, lost an aunt and uncle to Covid-19 and grappled with a horrific accident that left her father paralyzed.

In 2019, her father John was helping a neighbor trim a tree when he fell and became paralyzed from the waist down.

The father of six had supported Lee’s gymnastics from the beginning — helping her perform tricks around the house, sometimes at the frustration of her mother.

“I was always jumping on the bed or having my dad spot me while I was doing backflips and stuff like that,” Lee told TwinCities.com. “Finally, my mom got tired of it” — and that’s when she enrolled in gymnastics.

But the family had limited means, so John Lee built a balance beam in the backyard for Suni to practice on, the father told NBC’s “Today” show.

Just two days after her father’s devastating accident, Suni Lee made her senior debut at the US gymnastics championships.

At age 16, she defied expectations — capturing the gold medal on uneven bars, the bronze on the floor exercise, and the silver in the all-around — just behind Biles.

“There was a point in time where I wanted to quit and I just didn’t think I would ever get here,” Lee said after her victory.

“So there’s definitely a lot of emotions. But I’m super proud of myself for sticking with it and believing in myself because this medal would not be possible without my coaches, the medical team, my parents. It’s just so surreal, and I haven’t even let it sink in yet.”