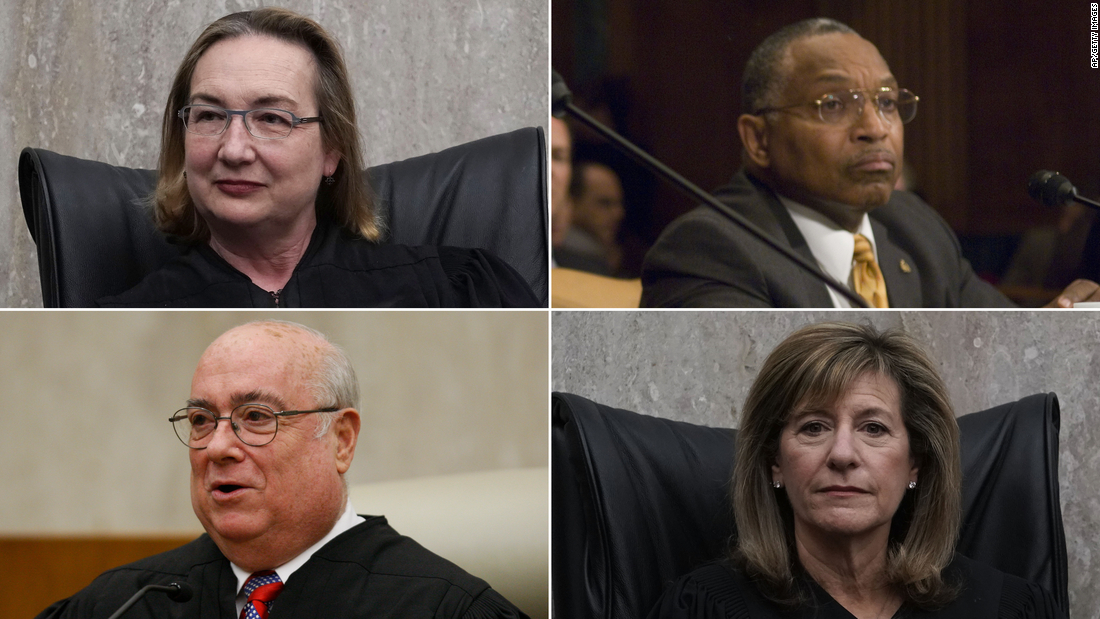 In presiding over the cases of hundreds of people accused of breaching the US Capitol on January 6 in support of then-President Donald Trump, federal judges have not held back when describing the unprecedented nature of the events of that day.

As the congressional investigations grow more partisan — and Democratic and Republican viewpoints on the significance of the Capitol attack grow farther apart — it’s notable that judges appointed by presidents of both parties have described the riot as an existential danger to American democracy.

There have been various points in the judicial process in which judges have stepped back to elaborate on what the January 6 riot was, fundamentally, about. Sometimes it’s when a judge is knocking down defenses that downplay the seriousness of the breach. On other occasions, a judge is explaining why she is not willing to free a defendant who allegedly was part of the mob. The most striking examples come during sentencing hearings, when judges put into context the punishments they’re handing down.

The willingness to opine on the broader circumstances varies from judge to judge, Michael McConnell, a professor at Stanford Law School and a former federal appellate judge, told CNN.

“The sentencing is a public event and when the underlying justice has been challenged, even indirectly, I think many judges consider it part of their civic responsibility to speak to the public,” he said. “They’re talking to the defendants nominally, but they’re really speaking to the public — to restore and protect the rule of law.”

That includes in situations, like in the sentencing of Dresch, where the penalty — six months in prison, which was effectively time served — may seem light for how starkly the judges describe the crimes

“The sentences have not been incredibly punitive, which is why their comments, putting the sentence in context, are so important,” said Nancy Gertner, a former federal district judge who now teaches at Harvard Law School.

Time and time again, judges have made the point that the defendants were not ransacking just any federal building, nor was it a typical proceeding that they were disrupting.

What they were able to interrupt was “a critical function required by the US Constitution for a peaceful transition of power in our democracy,” as DC Chief Judge Beryl Howell put at a February 23 hearing with a Proud Boys member.

At his August 4 sentencing, Jackson said that Dresch, who pleaded guilty to illegally demonstrating in the Capitol, was an “enthusiastic participant” in an effort “to subvert democracy, to stop the will of the people and replace it with the will of the mob”

Moss, a nominee of President Barack Obama, said that the attack “threatened not only the security of the Capitol, but democracy itself,” as he sentenced Paul Hodgkins, a rioter who pleaded guilty to obstructing an official proceeding.

“Our elected representatives from both political parties came together that day to perform their constitutional and statutory duty to declare, in the word of the statute, the person elected president,” Moss said at the July 19 hearing. “The mob’s objective was to stop that from happening. They were prepared to break the law to prevent Congress from performing its constitutional and statutory duty. That is chilling for many reasons.”

The judges don’t just have a symbolic viewpoint on the insurrection. Their courthouse sits only a half mile from the Capitol complex and is on the route that the rioters took from the rally in front of the White House. Howell has said that from her chamber window she could see the National Guard stationed at the Capitol in the wake of the attack.
“I teach in various countries and I’m always touting the greatness of America. It’s going to be difficult for me to convince people in other parts of the world that we are that shining light upon a hill because of what happened that day,” Judge Reggie Walton said at a Capitol riot plea proceeding that unfolded as the House Select Committee on the January 6 attack held its first hearing in late July.

Judges have cited Trump’s continued promotion of the same election fraud lies that propelled the riot that day as a reason that defendants should not be released from detention. Further, judges have rejected the justification put forward by some of the rioters who have argued that they deserve mercy because of how Trump encouraged the riot.

Howell, in her February 23 hearing with Proud Boys member William Chrestman, who is pleading not guilty, said that if that defense were recognized, it “would undermine the rule of law.”

“Because then, just like a king or dictator, the president could dictate what is legal and what isn’t in this country, and that is now how we operate here,” said the judge, an Obama appointee.

But regardless of the legal conclusion they’re making, judges have not shied from acknowledging the role that Trump played on that day — even if they have not said his name explicitly.

“The defendant came to the Capitol because he placed his trust in someone who repaid that trust by lying to him,” Jackson, an Obama appointee, said in her sentencing hearing for Dresch.

Earlier in Dresch’s case, Jackson had denied his bond, in part because Trump “continues to propagate the lie that inspired the attack on a near daily basis,” according to her May 5 opinion.
Likewise, during a plea hearing for Lori and Thomas Vinson, a couple who had stormed the Capitol, Walton said that Trump “is still making those statements” and the rioters “were gullible enough” to believe him then.

He called the situation “threatening to our democracy.”

The directness and the candor may be, in part, because federal judges are seated on the bench for life. Still, former judges told CNN that they believed those judges had put thought into their comments and the public should take notice of how they view January 6.

“At times when the nation is being torn apart, it’s especially useful that the branch of government that still commands the highest trust of the American public — and, I think most of the time, does behave in the less partisan, less divisive ways — for that branch to speak up and remind the American public the principles underlying this,” said McConnell, the former appellate judge.

Even though, in theory, the federal bench occupies a place above the partisan fray on Capitol Hill, at least once a judge has felt the need to address that fray directly. Alluding to a remark made by Republican Georgia Rep. Andrew Clyde, Judge Royce Lamberth, a President Ronald Reagan appointee, said that he was “especially troubled by the accounts of some members of Congress that January 6th was just a day of tourists walking through the Capitol.”

At a June 23 hearing, Lamberth described the attack as a “disgrace to our country” and referenced the videos from the Capitol riot that the court was working to release publicly.

“We are getting them out as best we can now and it will show the attempt of some congressmen to rewrite history and say this was all just tourists walking through the Capitol is utter nonsense,” the judge said.