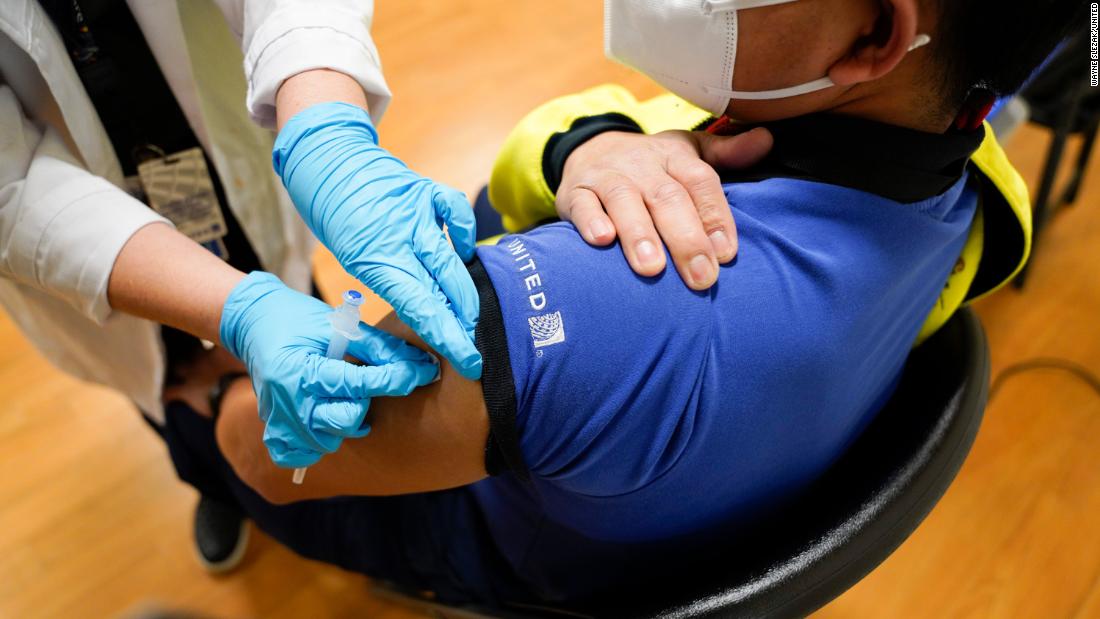 A United executive said it was not considering a similar rule for passengers, and that any such requirement would be a decision for the government.

United said while it has had discussions with its unions on the new rules it has not reached agreements with them.

The airline set a late October deadline for employees to prove vaccination status, and said it could move earlier if a vaccine receives full federal approval sooner. Any employee who refuses to show proof of vaccination will be fired.
United said the October deadline was driven by a sense of urgency to protect its workforce, their family members and its customers. It cited statistics that show that while there has been a surge in covid cases among those who are vaccinated, those who have had one of the vaccines are far less likely to need to be hospitalized or die from the recent surge in the disease.

A United spokesperson said the airline will consider on a case-by-case basis employees who have health or religious reasons not to be vaccinated, and that those employees will have to wear masks at all times.

“We know some of you will disagree with this decision to require the vaccine for all United employees,” the airline said in email to staff. “But, we have no greater responsibility to you and your colleagues than to ensure your safety when you’re at work, and the facts are crystal clear: everyone is safer when everyone is vaccinated.”

United is also offering an additional day of pay for most employees who provide proof of vaccination by mid-September. The pay does not apply to United pilots and flight attendants already have a union-negotiated incentive to be vaccinated.

“Over the last 16 months, [CEO Scott Kirby] has sent dozens of condolences letters to the family members of United employees who have died from Covid-19. We’re determined to do everything we can to try to keep another United family from receiving that letter,” said the notice to United employees. “Together we’ll do our our part to defeat this virus.”

United has required vaccines for new employees since mid-June. But those new employees are not yet part one of the unions that represent most of the employees at the airlines.

Vaccine requirements by employers are becoming common. Among the other companies that have announced similar moves for some or all of its employees are Google (GOOG), Disney (DIS), Facebook (FB), Goldman Sachs (GS), Morgan Stanley (MS), Netflix (NFLX), Tyson Foods (TSN) and Walmart (WMT), the nation’s largest private-sector employer.

Walmart is requiring proof of vaccination only for corporate employees, not employees in its stores. And some of those employers, such as the tech companies and banks, have few unionized employees.

Some of the other companies with vaccine mandates, such as Tyson and Disney are in the process of negotiating their mandates with their unions. Labor law covering the private sector generally requires changes in work conditions for represented employees to reached through collective bargaining agreements. And some of unions, while urging members to get vaccinated, have opposed vaccine mandates as a condition of employment.