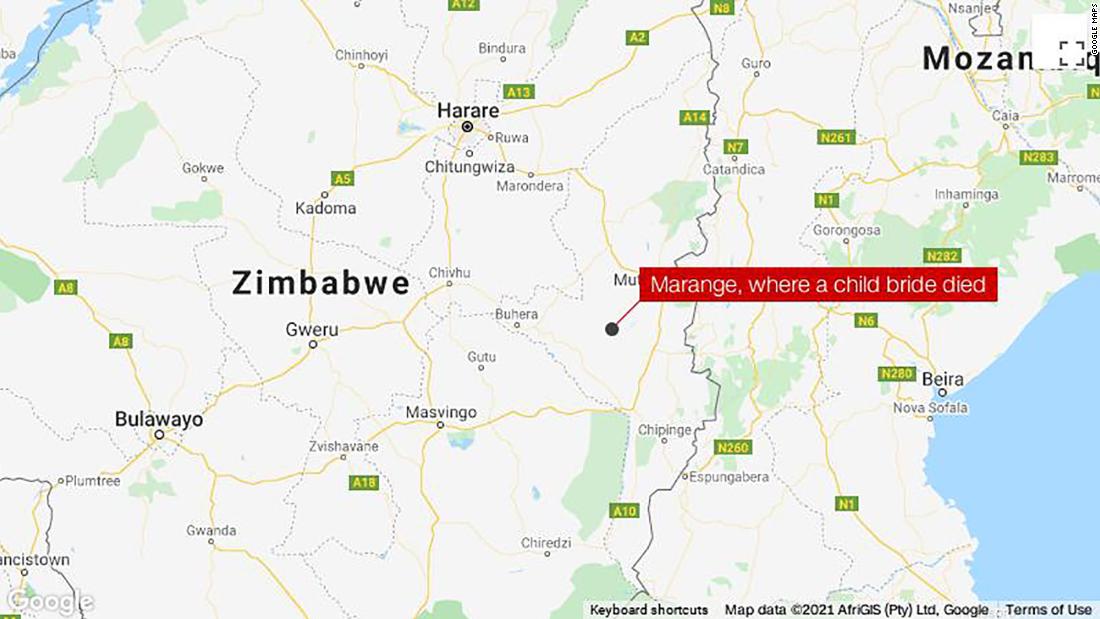 The case has brought to the fore the practice of child marriage within Zimbabwe’s apostolic churches, which also allow polygamy.

The government has traditionally turned a blind eye to the practice of child marriage. Zimbabwe has two sets of marriage laws, the Marriage Act and Customary Marriages Act. Neither law gives a minimum age for marriage consent, while the customary law allows polygamy.

A new marriages bill that is before parliament for debate seeks to synchronize the laws, ban marriage of anyone below 18 years and prosecute anyone involved in the marriage of a minor.

The UN in Zimbabwe said in a statement that it “notes with deep concern and condemns strongly” the circumstances leading to the death of Memory Machaya, the 14-year-old girl from rural Marange in the east of the country.

“Sadly, disturbing reports of the sexual violation of under-age girls, including forced child marriages continue to surface and indeed this is another sad case,” the UN said in its statement, dated Aug. 7.

One in three girls in Zimbabwe was likely to be married before turning 18 years, said the UN, whose office in Zimbabwe groups all 25 UN agencies operating in the country.

Police and the country’s state gender commission said they were investigating the circumstances that led to the girl’s death and burial.

Local media have reported that the girl died last month but the case came to light only last week after angry relatives, who were barred by the church’s security from attending her burial, told their story to the state-owned press.

Reuters could not reach Johanne Marange church for comment.

The apostolic churches, which shun hospitals, attract millions of followers with their promises to heal illnesses and deliver people from poverty.

Zimbabweans took to social media to express their outrage.

“What you see today, i.e. a young girl forced to marry, get pregnant, & dies, is not an aberration! It is part of the same continuum. Female persons are not seen as fully human, with individual rights, choice, rights to control our own bodies,” Everjoice Win, a feminist and rights activist, wrote on Twitter.