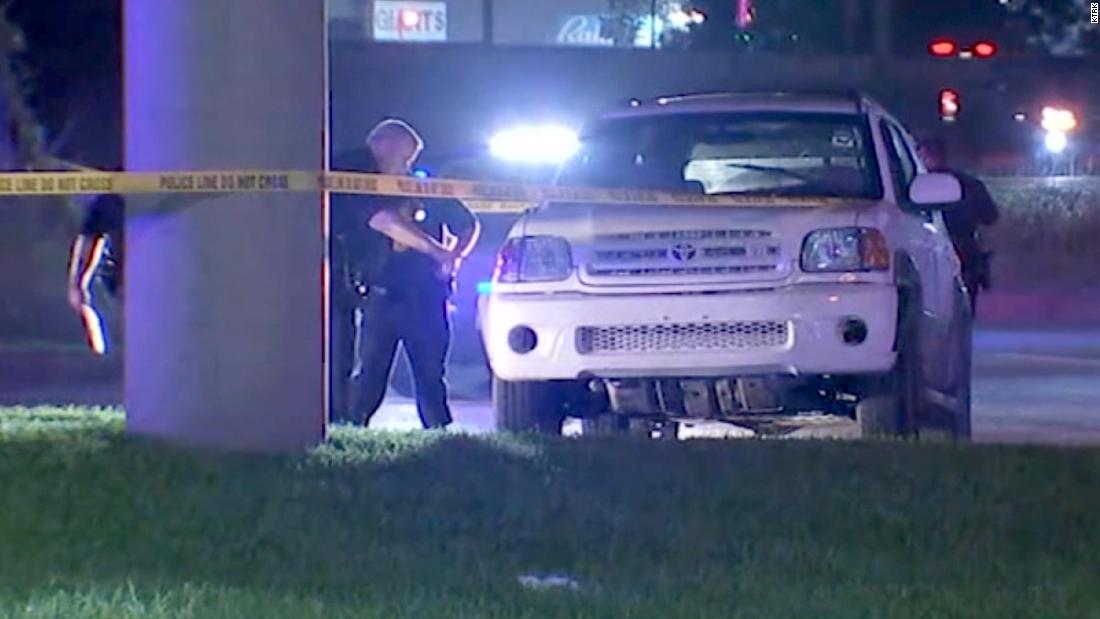 Their father, a 29-year-old man, had been driving a Toyota Sequoia on Interstate 10 in Houston with his sons, ages 8 and 6, when he was shot just before 11 p.m., Houston Police Department (HPD) Public Information Officer John Cannon told CNN.

The victim’s sons then steered the SUV off the freeway to a strip mall parking lot where one of the children got out of the car and ran to get help, Cannon said.

Their father was pronounced dead at the scene and both boys were unharmed, he added.

Police are looking for the shooter and investigating a motive while piecing together what led to the fatal shooting.

“We don’t know if it was targeting or road rage,” Cannon said, adding that it may have been something else.

HPD is looking for a “white passenger vehicle,” Cannon said.

Investigators will canvas the area to look for any witnesses and will review video footage from the cameras on the freeway to “see if this was captured at all,” Cannon said.

Anyone with any information should reach out to Houston Crime Stoppers at 713-222-TIPS.