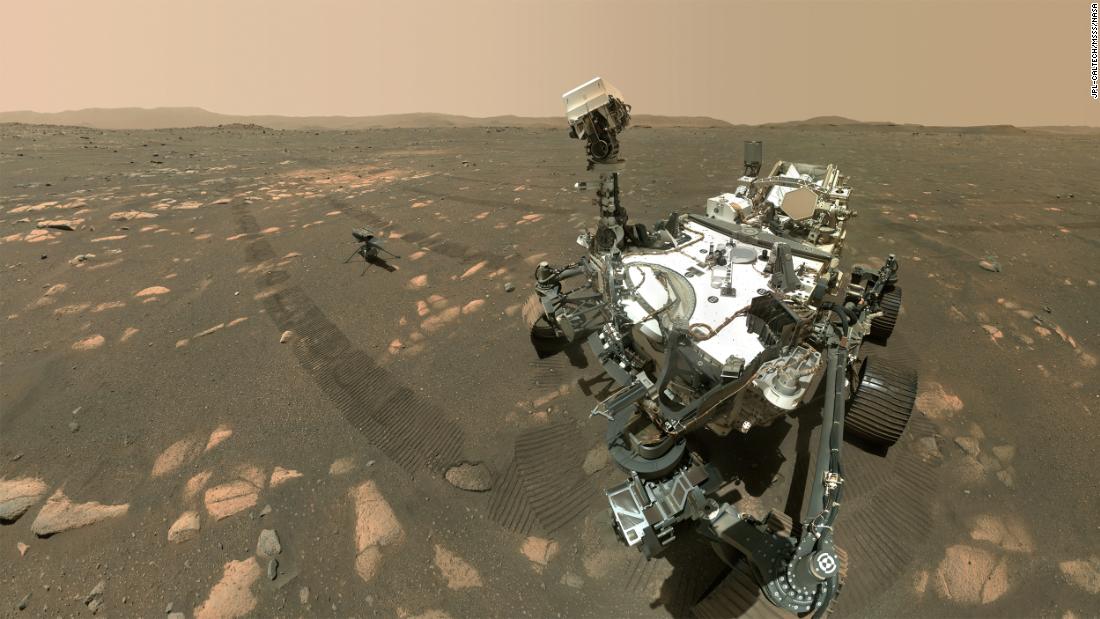 “Ingenuity is allowing the Perseverance science team to be in two places at once,” said Kevin Hand, co-lead for the rover’s science campaign at NASA’s Jet Propulsion Laboratory in Pasadena, California, in a statement. “Right now, we are at the ‘Crater Floor Fractured Rough,’ where the rover is preparing for the mission’s first sample acquisition on Mars. Yet at the same time, Ingenuity is providing a detailed preview of a potentially intriguing geologic features hundreds of meters away from us.”

During Ingenuity’s tenth flight on July 24, Ingenuity flew over a feature scientists are calling “Raised Ridges.” These surface fractures are similar to features on Earth found in deserts that indicate the presence of liquid water at some point in the past. This means the Raised Ridges could tell scientists more about the mysterious history of Mars and how habitable it may have been for any potential life, if it existed.

This is an area of interest for the Perseverance rover team — but it benefited them to get a closer look from Ingenuity’s perspective first.

Ingenuity was able to reach a new record altitude of 40 feet (12 meters) and changed direction four times as it covered a total of 764 feet while moving at 11 miles per hour. Ten images were taken by the helicopter’s cameras over the course of the 165.4-second flight. The changes in direction during Ingenuity’s flight enabled it to capture great detail of the Raised Ridges.

“If you look closely, you can see some curious lines across the surfaces of several rocks,” Hand said. “Are these just made by eons of wind and dust blowing over the rocks, or might those features tell the story of water? We just don’t know yet.”

When planning for the rover to drive to a new location and collect a sample, any detours can take days. The science team will closely study Ingenuity’s images of the Raised Ridges to determine if Perseverance should visit the area next.

“Since landing at Jezero Crater, it’s clear to all of us that there is an abundance of geologic riches for us to explore. It’s a good problem to have,” said Ken Williford, deputy project scientist for Perseverance at JPL, in a statement. “These aerial previews from Ingenuity provide the kind of actionable data that allow us to whittle down our options and get on with the business of exploring our corner of Mars.”

Since Ingenuity’s aerial journey began in April, the little chopper has flown over a mile and far surpassed the expectations of its team.

The helicopter took to their air again this week and safely flew to a new location for its eleventh flight. These flights help Ingenuity act as a scout, flying ahead of where the rover is exploring to spot any future targets.

Together, Perseverance and Ingenuity are helping scientists investigate the red planet in ways that have never been possible before — and could ultimately help us discover if life ever existed on another planet in our solar system.