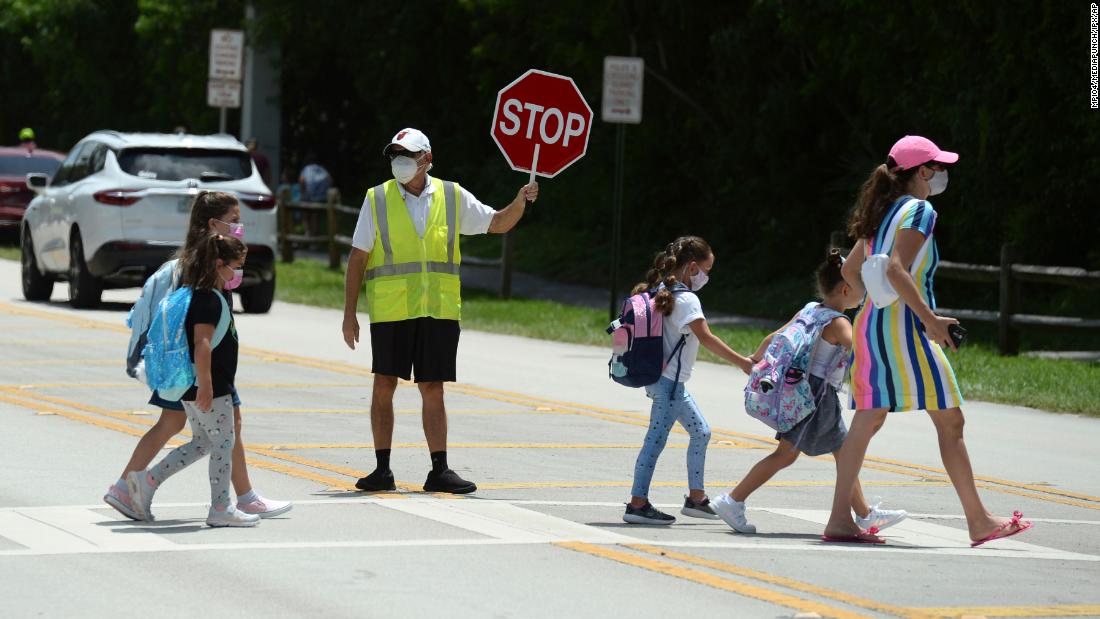 Both counties have now responded to the Florida Board of Education’s order that called on the districts to allow a parent opt out within 48 hours.

Broward and Alachua were the first two school districts in the state to move forward with mask mandates that do not include the opt out option.

That’s as Florida reported more Covid-19 deaths last week than ever before, with one in every five US deaths reported in the state, according to data from Johns Hopkins University. Florida broke its January record for new daily cases about two weeks ago, and cases have increased since to the current average of 21,534 new cases each day.

More than 14,000 Covid-19 cases have been confirmed in Florida’s 15 largest school districts since the start of the school year — 11,851 students and 2,610 school employees, according to a CNN analysis. Almost 30,000 are in quarantine.

Florida is among a small number of states — others include Texas and Oklahoma — that have moved to restrict school districts’ ability to require masks in schools to protect students from Covid-19 infection.

In a letter to the state, Broward County indicated the state board of education overreached its authority and challenged the board’s ability to impose sanctions.

Both counties also indicated they believe they are legally in compliance because they give parents the option of providing a doctor’s note.

The state has argued that it is not enough to be in compliance with the executive order signed by DeSantis. The Florida Board of Education was directed to withhold state funds on a monthly basis in the amount of school board members’ salaries until the school districts comply.

In its response, Broward listed nine school board members, each with a $46,773 annual salary. Alachua County provided board member salaries at $40,287 for four board members.

In its letter to the state, Alachua Superintendent Carlee Simon also noted that any funds withheld would not come from “student services or teacher pay.”

St. Johns School District in Florida on Tuesday announced a mask mandate for all employees and visitors to its schools, but not for its students, for the next 30 days, as Covid-19 cases surge in the area.

A Quinnipiac poll released Tuesday found that most Florida residents largely support mask mandates and oppose DeSantis’ efforts to block them in schools.

Of those surveyed, 60% said they support requiring students, teachers and staff to wear masks in schools. Responding to a different question, 54% said they think schools should be able to require masks for all students, while 44% think parents should decide whether their children will wear a mask.

Almost 70% said DeSantis’ statement on withholding school leaders’ salaries is a bad idea, and 63% said they consider the issue of wearing masks to be primarily about public health rather than personal freedom.