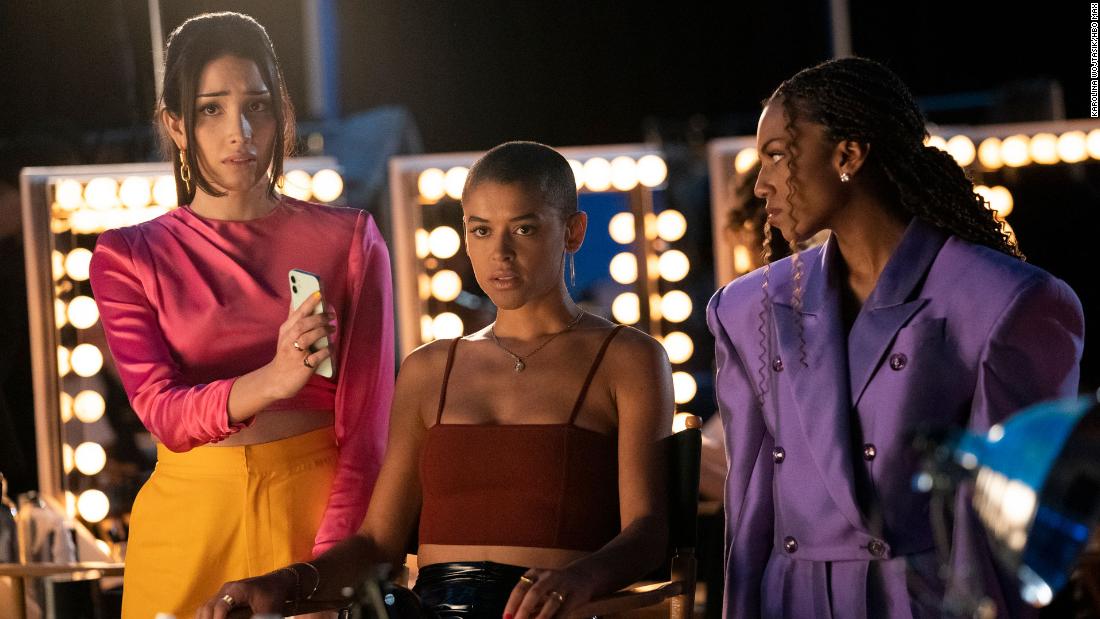 With all these endings, let’s start something. How about this week’s TV OT?

If the aforementioned shows are to be believed, all teen girls are social media bullies, faux-woke hypocrites and downright mean to other people for the pure pleasure of bragging that they have two boyfriends. Young ladies, I think you need to hear this blatantly from at least one person who’s been where you are: You deserve better.

This is where I admit that while I don’t regularly cross paths with any teen girls, aside from the occasional cordial wave at my neighbor who walks her white fluffy dog while I walk my white fluffy dog. But roughly 180 moons ago, I was a teen girl.

The early aughts was a tough time to be a teenage girl watching television because it didn’t feel like anyone making TV shows understood what it was really like to actually be one. I thought that if my lineup was any indication, I was the only freak my age not in love triangle, getting into alcohol-fueled car wrecks, dealing with a clique of over-lip-glossed queen wannabees or navigating an unwanted pregnancy. Was I a boring teen? Absolutely. But when the best and most empowering representation of a girl your own age that TV can provide is written by a now- problematic man and leaves you wishing vampires were real so you could slay them, too, that’s sad.

Things have gotten better, thankfully. For one, there are more teens than ever who aren’t just white, straight and wealthy/middle-class. There are differed experiences reflected (see: lots of stuff on Disney+, “All Americans,” “On My Block”), and that’s great. But teen girls deserve more credit and respect across the board — on shows not made specifically for them (like “White Lotus”) and especially on shows made for them.

Now, Maitreyi Ramakrishnan, star of “Never Have I Ever,” has acknowledged that “not everyone’s going to relate” to her show or chaos-driven, two-timer character, “and that’s okay,” she told Teen Vogue. Which is fair and true.
My only caution, as a Certified OldTM, is that there’s a reason names like Meadow Soprano, Dana Brody and Julie Taylor — teen girls often listed among the most annoying characters ever — roll off the tongue a lot easier than the names of fictional teenage girls who feel or felt authentic. (But here are some, if you want to refresh your brain.) Images matter and the bad ones stick.
This generation has put up with a lot — too much to be remembered by TV historians as the generation of hollow values that always knows the right things to say but nothing about the right thing to do.

The beautiful thing is that in your real life, you get to decide who you want to be, and it doesn’t have to come from TV.

An Unidentified Sighing Critic (CNN’s Brian Lowry) has a recommendation that’s out of this world. He writes:

“The robust UFO-curious industry has been flying high since the government began declassifying certain material, adding to the tantalizing reality that some sightings that simply cannot be explained. ‘UFO,’ a new multipart docuseries on Showtime premiering Aug. 8, taps into that fascination, while focusing on the extent to which witnesses have been dismissed, diminished and belittled.

Produced by among others director J.J. Abrams, the project begins with the New York Times reporting in 2017 that pulled back the curtain, a bit, on government study of the issue. ‘UFO’ includes an interview with former senator Harry Reid, who was instrumental in bringing much of what has been reported in the last few years into the public eye.

‘With UFOs, nothing is ever black and white,’ says author John Greenewald Jr.

‘UFO’ probably won’t change many hearts or minds, but it’s an intriguing exploration of the gray area in between.”

Lowry also drives in an important point on a new series from Netflix that you may see appear in your queue this weekend if your algorithm sees fit. He writes:

“If you’re in the market for an Israeli/US thriller where nobody is who they appear to be, Netflix’s ‘Hit & Run’ might be for you.

The show begins with a seemingly innocent tragedy, as an Israeli tour guide (Lior Raz) loses his American-born wife (Kaelen Ohm) in a hit-and-run accident. But the story spins wildly into lots of cloak-and-dagger stuff thereafter, from Tel Aviv to New York.

It’s certainly binge-able, with a US-Israeli cast that includes Sanaa Lathan as a US reporter who eventually gets involved, but be forewarned: The nine episodes leave room for more, so if you’re wary about committing to another one of these international vehicles that Netflix is using to fill its showroom of originals, your mileage may vary.”

I struggled with what to say about Paris Hilton’s new cooking show on Netflix because I’m very sensitive to what’s she’s been through as the original influencer. I don’t like laughing at people but since she’s made it clear that she’s laughing with us this time, I think I can bring you this collection of best lines with no guilt.

Before we eat, a prayer: Netflix, bless this mess.

Paris, in a grocery store: “Excuse me, sir. What do chives look like?”

Paris, with three phones in her hand: “Where are my other phones? I have two more.”

Paris: “Zest? I know what a zest is. I actually had no idea what a zest was earlier, but I learned because I went to our friend Google.”

Paris, speaking to a dog: “Do you want some caviar?”

Paris, after dousing herself in a spray: “I needed a perfume break.”

Kathy Hilton, to Paris: “Honey, you’re getting your feathers in everything.”

Nicky Hilton, walking into her sister’s home for dinner: “Just what you need — another picture of yourself.”

Lowry with a final thought: “As the Olympics come to a close, a quick nod to one constituency that still appears to fervently believe in the Games, even with ratings way down: Movie studios and streaming services. All those ads for ‘Dune,’ ‘The Suicide Squad,’ ‘Shang-Chi’ and Disney+ prove DC/Warner Bros. and Marvel/Disney can agree on something — namely, that when it comes to reaching a lot of the most elusive viewers (i.e. young men) that they hope will flock to such fare, this is the last big chance until football season kicks off in September.”