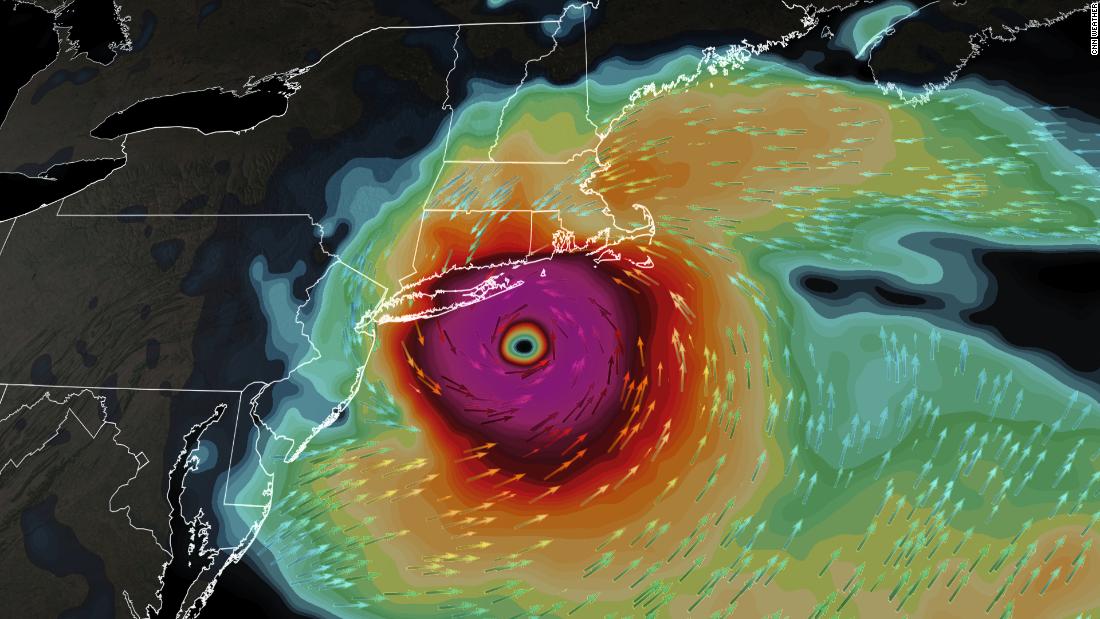 “Swells from the storm could reach much of the east coast of the US and Atlantic Canada by the end of the week and continue through the weekend. These swells could cause life-threatening surf and rip currents,” said Dennis Feltgen, public affairs officer at the National Hurricane Center (NHC).

The NHC forecast cone for Henri does include portions of Massachusetts. Recent model guidance is showing a trend to the left (west), where the storm would impact more of New England.

“There is a lot of uncertainty, more than usual, in the track forecast of Henri this weekend and early next week. As it stands now, there is some risk of direct impacts from Henri in portions of the northeastern US and Atlantic Canada during that time frame,” said Feltgen.

The disagreement in the models is increasing the uncertainty of the track, impacted by the models varying in their interpretation of upper-level weather patterns.

“One complicating factor is that several of the models show a ridge building over the northwestern Atlantic and Atlantic Canada, which could cause the storm to stay on a more northward track closer to New England than currently forecast,” said the NHC.

The NHC said the spread in Henri’s track from models is “quite large,” with some showing the system impacting New York’s Long Island and others taking it farther east into the Atlantic.

Henri’s track will ultimately depend on the strengthening of the ridge and the subsequent trough of low pressure that would form over the eastern states. Both of these features are responsible for steering the storm.

“This complex interaction is prone to significant errors this far out in time so caution is advised against leaning on any one particular model solution since we will likely see run to run variations over next few days,” said the National Weather Service (NWS) in Boston.

Flight missions by the National Oceanic and Atmospheric Administration and special weather balloon soundings are being conducted in hopes that this additional data will help the models handle the evolving steering pattern, said the NHC.

Even National Weather Service offices as far away as Green Bay, Wisconsin, are scheduling extra balloon launches to help out.

This data collected from the atmosphere will be used in future computer model runs and should help forecasters get a handle on where this storm may go.

Henri was south of Bermuda and moving west at 8 mph on Wednesday afternoon. The track is expected to take a right turn by the end of the week and travel northward along the Northeastern coast.

Henri currently has maximum sustained winds of 65 mph and is classified as a tropical storm, but forecasters expect it to strengthen at the end of the week, possibly into a hurricane.

Regardless of whether Henri makes landfall in the United States, it will carry storm impacts. Tides this weekend in the area are high, meaning storm surge flooding and coastal erosion could be a concern.

“While we can’t rule out a more direct impact, we are more confident in high surf along ocean beaches and rough seas offshore,” NWS Boston said.

Parts of New England also have a chance of experiencing tropical storm-force winds this weekend.

“It is a good time to make sure you have a hurricane plan in place as well as your supplies,” Feltgen said.