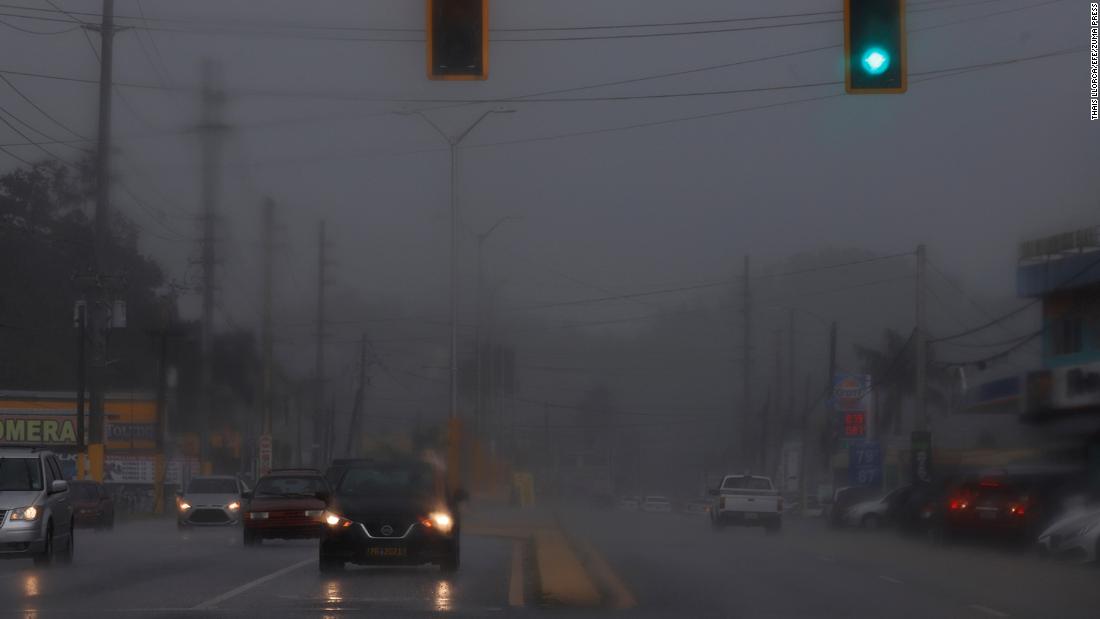 As of 11:00 p.m. Tuesday, the storm was about 45 miles south-southwest of Ponce, Puerto Rico, with sustained winds of 40 mph, according to the National Hurricane Center.

Much of the Caribbean is bracing for the storm as it is expected to continue west near Puerto Rico, then to Hispanola on Wednesday and near the southeastern Bahamas on Thursday.

Fred is not currently expected to strengthen into a hurricane, but the forecast is likely to shift as the storm progresses, CNN meteorologist Michael Guy said.

By Friday, the storm is predicted to reach South Florida, potentially making landfall over the Florida Keys, Guy said.

Dangerous surf and rip currents headed toward the Caribbean

The system will bring flooding rainfall to parts of the Caribbean throughout the middle of the week, causing concerns for flash flooding and mudslides in the Dominican Republic and Puerto Rico.

“The greatest threat for flooding impacts will be across the eastern and southeastern portions of Puerto Rico,” said the NHC.

The Leeward Islands, Puerto Rico and the US Virgin Islands are expected to see two to four inches of rainfall with isolated amounts of up to six inches. The Dominican Republic could get three to six inches as well. Smaller totals of one to three inches are forecast for the Windward Islands.

Dangerous surf and rip currents are also impacting the Caribbean and will continue within the warning and watch areas.

Tropical-storm-force winds and heavy rainfall threaten a wider region across Hispaniola, the Bahamas and Cuba in the latter portion of the week as the storm travels across the northern Caribbean.

As the system approaches and potentially moves over Cuba, the land interaction could potentially weaken the storm significantly. There is still uncertainty in the track of the disturbance, but some models show the storm tracking over the island, which would inhibit strengthening.

If the potential cyclone follows a more northerly path in open waters, there is still a possibility for further strengthening but the forecast is still uncertain in the formative stages of the storm.

“For the next few days the storm will be affected by Puerto Rico and the Dominican Republic and likely not strengthen much, but after that there is plenty of warm water for it to get stronger,” said CNN meteorologist Chad Meyers.