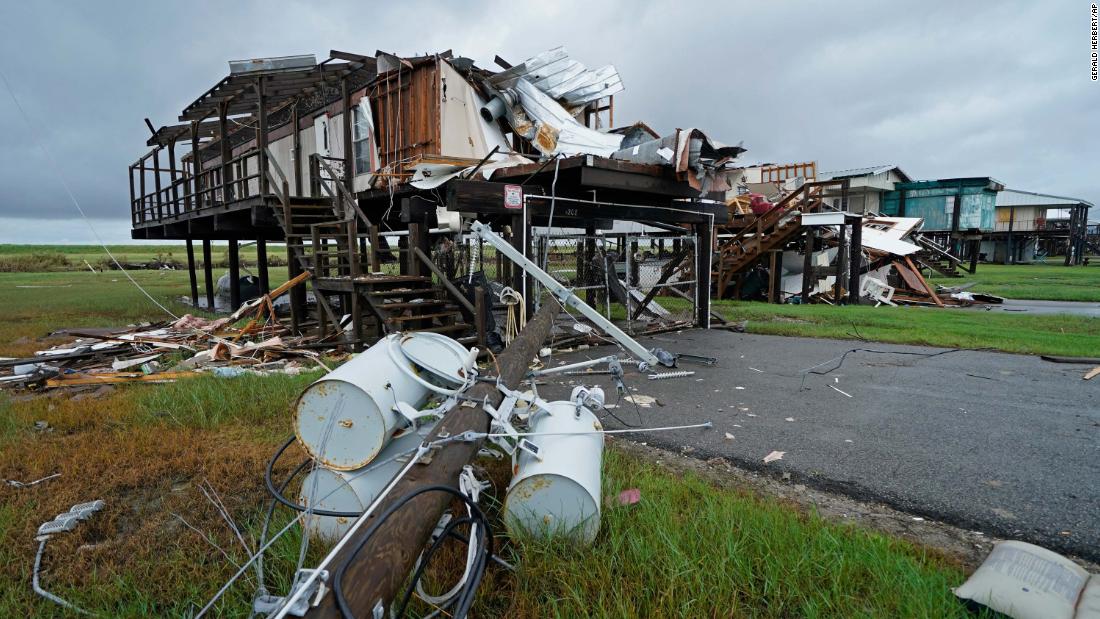 Nicholas, which made landfall as a Category 1 hurricane early Tuesday in Texas, is expected to stall in Louisiana where it will dissipate as it soaks vulnerable areas. As of Tuesday night, the system carried winds up to 35 mph coupled with higher gusts, NHC forecasters said.

Rainfall totals of 5 to 10 inches — and in some places up to 20 inches — are likely through early Friday from Louisiana to the Florida Panhandle.

More than 6.2 million people are under flash flood watches that extend from Texas to the Florida Panhandle. More than 700,000 of those people are in the New Orleans area, according to the National Weather Service.

Louisiana has not yet fully restored power after Ida’s landfall on August 29.

New Orleans’ Communications Director Beau Tidwell said Tuesday that the current projected cost of damages from Ida is about $19 million. The city is working to clear excess trash from the hurricane, but is only about two-thirds of the way through, he said.

In addition to widespread flood damage, the Category 4 hurricane is blamed for at least 29 deaths in the state, with the latest fatality announced Tuesday by Gov. John Bel Edwards. Excessive heat is responsible for 13 deaths and six died from carbon monoxide poisoning, Edwards said.

Restoration efforts in Louisiana have been improving, but an electricity provider said Nicholas could set back that progress.

“Heavy rainfall and strong winds will be the main impacts across east Texas and southwest Louisiana,” Entergy Louisiana warned Tuesday in a statement.

The company said it restored power to 91% of its customers in Louisiana and Mississippi. Full restoration in the areas that bore the brunt of Ida’s floodwaters can be expected September 29, the utility company said.

As of early Wednesday, more than 74,000 customers were still without power in the state, according to PowerOutage.us

Meanwhile, Texas was cleaning up after the system first came ashore near the eastern part of the Matagorda Peninsula, about 10 miles west-southwest of Sargent Beach, Texas, at about 1:30 a.m. ET Tuesday, with 75 mph winds.

Nicholas drenched Houston, dumping more than 6 inches of rain since Sunday, the National Weather Service said. Nearly 10 inches of rain fell in Deer Park, Texas. As of early Wednesday, more than 120,000 homes and businesses were in the dark, according to PowerOutage.us.

“Dangerous conditions still exist and Houstonians are asked to stay home tonight,” city officials said in a news release. “Power outages mean some streetlights and traffic signals remain out and downed powerlines may be on the road and hard to see in the dark.”

More than 340 flights into or out of Houston’s William P. Hobby and George Bush Intercontinental airports were canceled Tuesday, according to the flight-tracking website FlightAware. All Port Houston terminals were closed Tuesday but were expected to return Wednesday to a normal schedule, according to its official Twitter account.

Bart Stanley’s family has owned Stanley’s General Store in Matagorda, Texas, since 1964. The storm ripped the canopy off the gas station part of the store, causing the worst damage he’s seen in all that time.

“I came down here to get our store open so that people could get coffee and gas and whatever else they need because there’s no place else for like 30 miles away,” he said.