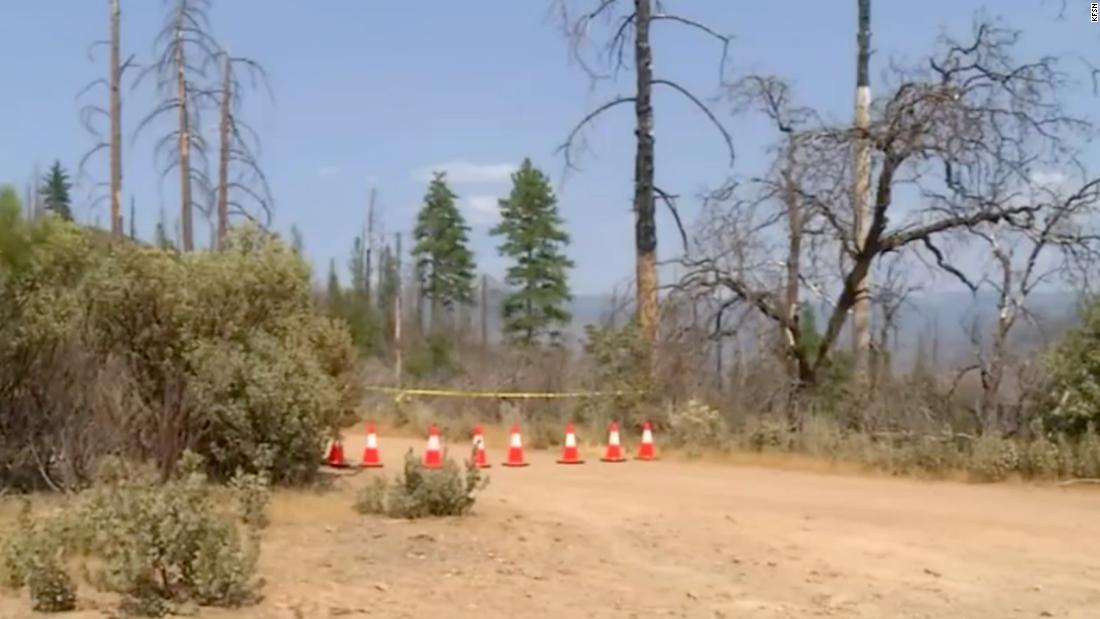 The bodies of Jonathan Gerrish, Ellen Chung, their 1-year-old daughter, Miju, and the family dog, Oksi, were found by search and rescue workers on August 17 in a remote area of the Sierra National Forest near the south fork of the Merced River, according to the Mariposa County Sheriff’s Office. They were found on the Savage Lundy Trail.

The Sierra National Forest said it closed the area where the family was found as a precaution due to “unknown hazards found in and around the Savage Lundy Trail.”

“Designated recreation sites, roads, and trails in proximity and/or leading to this location will be off limits to public,” the national forest said in a statement Saturday. The closures are effective until September 26.
Since the closure was announced, the US Forest Service temporarily closed all national forests in California due to multiple wildfires burning in the state.

Investigators have not yet determined what led to the mysterious deaths. Autopsies on the family and a necropsy on the dog were inconclusive while toxicology results remain pending. Some results could come as early as Wednesday, Kristie Mitchell, spokesperson for the sheriff’s office, told CNN.

The only potential causes of death that have been ruled out include gunshots, or any other type of weapon, and chemical hazards specifically along the Savage Lundy Trail. Detectives have not ruled out possible toxins in areas near the trail.

Signs warning of a toxic algae bloom have been posted since mid-July along the south fork of the Merced River, in the vicinity of where the family was found. Water samples from the area — along with samples of the drinking water the family packed — have been sent to labs for testing.

Search warrants for the family’s home and cars turned up no significant evidence. Their phones have been collected and are undergoing data extraction by the FBI.

“We know the family and friends of John and Ellen are desperate for answers, our team of Detectives are working round the clock,” Mariposa County Sheriff Jeremy Briese said in a statement. “Cases like this require us to be methodical and thorough while also reaching out to every resource we can find to help us bring those answers to them as quickly as we can.”

Steve Jeffe said he met the couple in San Francisco years ago, and they grew very close after each relocated to the Mariposa area.

“They were amazing people, very generous,” Jeffe told CNN. “They love their daughter very much.”

Gerrish worked for Google and had recently started a job at Snapchat, according to Jeffe, who was alerted by friends after the family didn’t return home from a day hike last month.

The family’s nanny found no one home when she arrived the following Monday morning, and after Gerrish failed to show for work, “alarm bells went off,” Jeffe said.

“They were an amazingly loving and doting family,” said Jeffe, describing the couple as beloved with a very large group of friends.

“It’s a bewildering event. There’s something so disconcerting about what happened,” said Jeffe. “Whether it was environmental or man made, it was obviously something they encountered,” Jeffe added, speculating about what may have led to their deaths.

Mitchell said the area where the family was found is popular in the spring because of its colorful wildflower blooms and is very hot at this time of year and there is little shade.

She said the family was well prepared for a day hike.