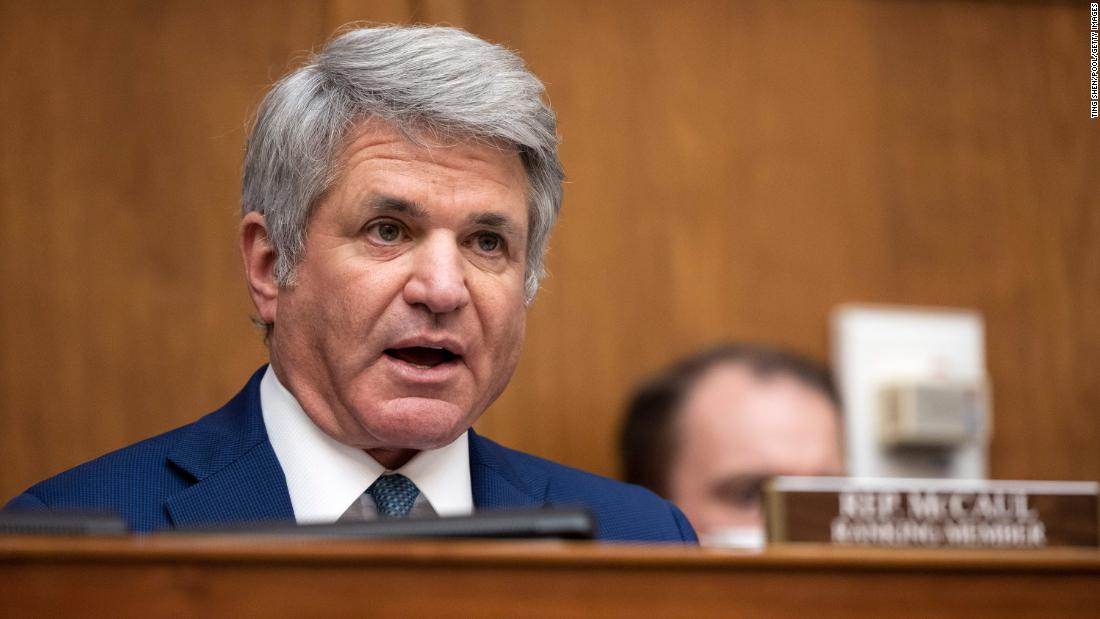 “I think the secretary has been devoid of reality this whole time, since the decision was made in May. I think it’s an unmitigated disaster of epic proportions,” Texas Rep. Michael McCaul told CNN’s Jake Tapper on “State of the Union,” referring to Secretary of State Antony Blinken.

“And I think the President — this is going to be a stain on this President and this presidency. And I think he’s going to have blood on his hands for what they did,” McCaul said, adding later that he thinks Afghanistan is going to go back “to a pre-9/11 state — a breeding ground for terrorism.”

“I hate to say this: I hope we don’t have to go back there, but it will be a threat to the homeland in a matter of time,” he told Tapper.

Taliban fighters have entered Kabul, a spokesman said Sunday, and the US is rapidly pulling out all American personnel from its embassy in the city. The majority of US embassy staff had been evacuated from the diplomatic compound in Kabul as of Sunday morning, a US official told CNN.
Meanwhile, the Afghan government is in talks with the Taliban over the country’s future after the militant group took control of every other major city across the country in just two weeks. Afghan President Ashraf Ghani has fled the country.

Blinken, in a separate interview Sunday on “State of the Union,” defended Biden’s decision to end the US war in the country, telling Tapper: “The fact of the matter is had the President decided to keep forces in Afghanistan beyond May 1, attacks would have resumed on our forces.”

“The Taliban had not been attacking our forces or NATO during the period from which the agreement was reached to May 1,” Blinken said, in reference to the May 1 withdrawal agreement the Trump administration had brokered with the Taliban. The secretary also noted that the US plans to “keep in place in the region the capacity to see any reemergence of a terrorist threat and to be able to deal with it.”

Rep. Liz Cheney, a Utah Republican who serves on the House Armed Services Committee, also blasted the Biden administration on Sunday over the situation in Afghanistan, saying “the catastrophe that we’re watching unfold right now across Afghanistan did not have to happen.”

Cheney, who has long held hawkish foreign policy views, also placed blame on the Trump administration for putting faith in and “legitimizing the Taliban.”

“President Biden bears responsibility for making this decision, but there is no question that President Trump, his administration, Secretary (of State Mike) Pompeo, they also bear very significant responsibility for this. They walk down this path of legitimizing the Taliban, of perpetuating this fantasy, telling the American people that the Taliban were a partner for peace,” Cheney said.

CNN’s Chandelis Duster and Kylie Atwood contributed to this report.