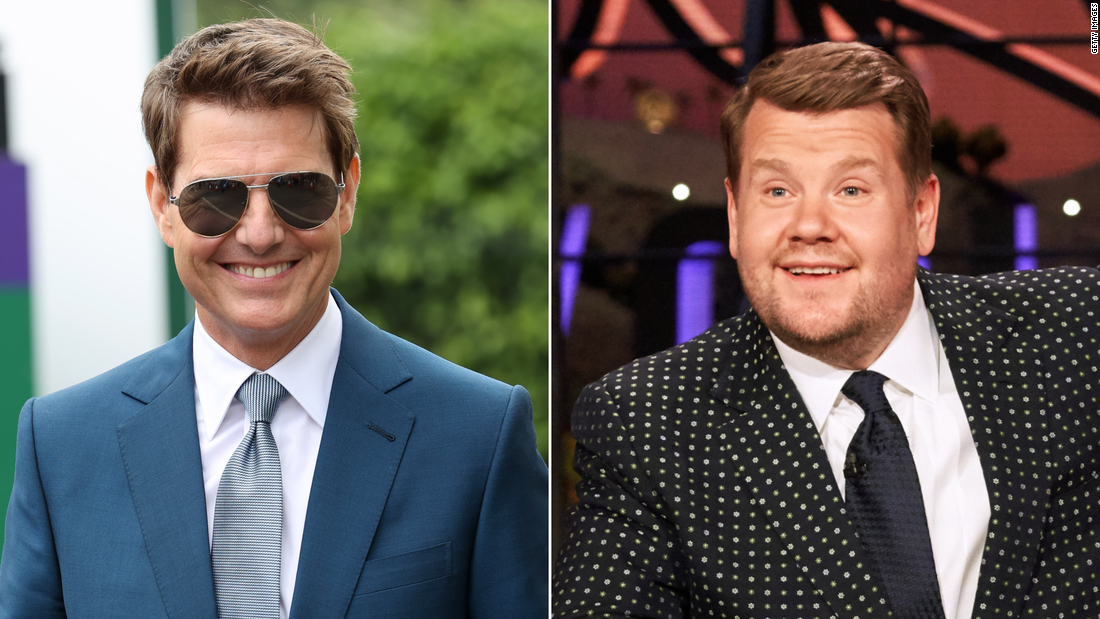 “The Late Late Show” host James Corden, who is friends with the actor, revealed on his show Tuesday that the two were texting when they realized they were both in the UK at the same time, Corden filming a show and Cruise filming the latest “Mission: Impossible” movie.

“What? You are here?” Cruise wrote, according to Corden. “We gotta find some time to grab some dinner. Are you at Coworth? I can land my Heli there.”

Corden replied, “Here till august. Staying in St Johns Wood. Would love to see you x.”

But Cruise was serious, writing, “We are going to make that happen. Can I land my Heli in your yard? T.”

James replied with four laughing face emojis, to which Cruise joked, “Does this mean no?”

Cruise had also been in the news for recently landing his helicopter in a local family’s field in the UK when the nearest airport had closed.

Corden joked he’d double check but it would probably be a no.

“I’ll measure it out, but my hunch is you can’t land a helicopter in St. Johns Wood,” he wrote.

To which Cruise replied, “You’d be surprised where I can actually land.”