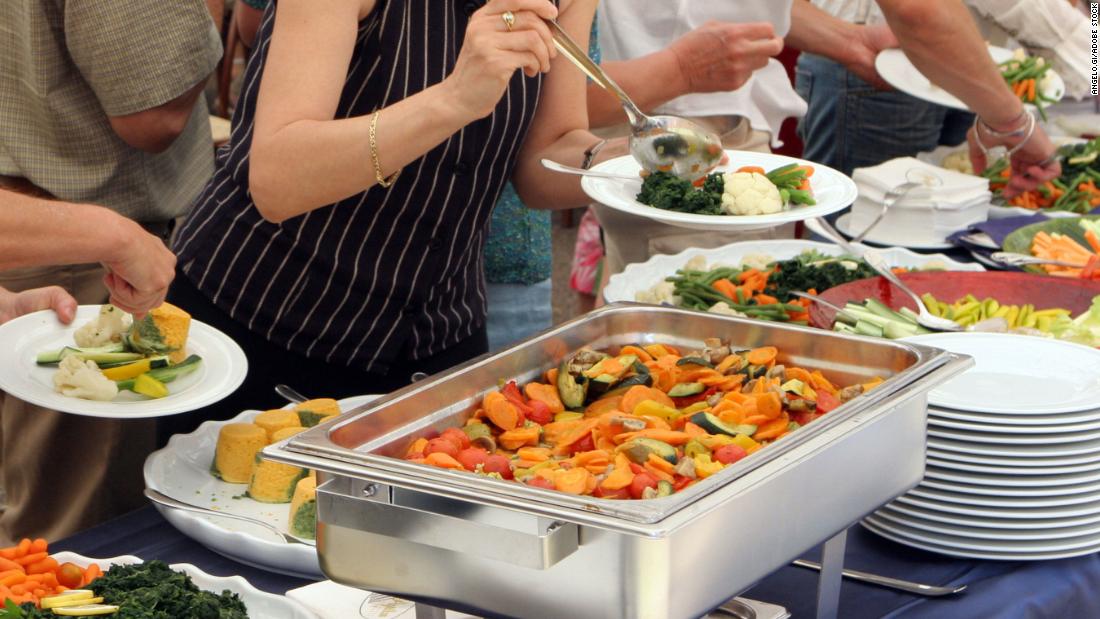 Of course, it wasn’t just the kids. My husband often heard these little ditties: “Did you pick up the dry cleaning? Did you stop at the store? Did you call the doctor? Did you…?”

What I would have given to know about nudge theory during those days! (My kids are all grown.)

What makes “nudges” different from laws, rules and overt manipulation is that people always have a choice — they can decide to do or not do the suggested behavior.

All this may sound abstract, but there are distinct ways we can harness the power of the nudge to encourage those we love to adopt healthier behaviors. We can even use it on ourselves.

To find out how, I had a chat with Katy Milkman, a behavioral scientist at the Wharton School of the University of Pennsylvania, who is a guest on CNN Chief Medical Correspondent Dr. Sanjay Gupta’s Chasing Life podcast this week. She has written a new book called “How to Change: The Science of Getting from Where You Are to Where You Want to Be.”

CNN: From your perspective as a scientist who studies how we can change behavior, what is a nudge?

Katy Milkman: My definition of a nudge is any tool used to influence someone’s behavior that doesn’t rely on a standard economic lever — that doesn’t use incentives or information to influence people. If I fine you for not doing it, if I restrict you, if I say it’s illegal to do it, or if I give you a free concert ticket if you do it, those are not nudges. Those are are good old-fashioned, traditional tools of economics.

All sorts of persuasion tools are nudges. If I change the layout of a cafeteria to put healthy food up front, that’s a nudge. When I say to you, “Oh I’ve reserved a vaccine for you,” and then you want it and go get one, that’s a nudge. I haven’t changed the economic calculus of this decision in any way, but you feel like that dose belongs to you, and you certainly don’t want someone else to get your vaccine, so you act. When you emphasize actions the majority of people are taking, that’s a nudge. People are eager to follow social norms. They don’t want to be left out.

Once you recognize how these “nudges” work, they can become helpful tools for changing people’s behavior for the better — whether it’s your spouse or your neighbors or your employees or your customers.

CNN: What are some of the most effective nudges?

Milkman: There is one clear top tool, and that’s the default. It’s our behavioral science blockbuster. It almost always changes behavior, at times immensely. Employers often use default settings as a nudge: “We enrolled you in our 401k program, but you can opt out if you don’t want it by visiting this website and taking these actions.” Or they might say “We haven’t enrolled you in our 401k program, but here’s the website and you can go enroll if you want to.”

Default settings are a fairly blunt instrument, or nudge, that turns out to have a huge impact. In the case of auto-enrollment for retirement savings, a classic study shows that auto-enrolling people in a 401k plan but letting them opt out can produce nearly a 40% boost in enrollment rates.

Nudging each of these behaviors in a positive direction works best when you match your problem and solution. For example, if someone is just forgetting to recycle, then good old-fashioned reminders work well.

People generally underestimate how forgetful they are. They say, “Of course I’m not going to forget that — it’s important to me!” And then oops, life is busy, and they do. So as mundane as they are, reminders are highly effective in many situations, such as nudging medication adherence, boosting savings and even for encouraging vaccinations.

But not everything is about forgetting. Many failures to get to the gym aren’t because people forgot — lots of people just don’t like going to the gym!

CNN: What’s the best way to use a reminder for myself or my family?

So, telling your partner in the morning to stop by the store in the afternoon will not be very effective, but sending them a text just as they get into their car after work will be.

Reminders that include planning prompts are even better. Research shows getting people to make concrete “when, where, and how you’ll get there” statements substantially increase follow-through on everything from getting a cancer screening to turning out to vote.

You can do that with your spouse or your child when you want to nudge a behavior, too. If your child keeps forgetting to return a library book, prompt them to tell you the date and time when they plan to return it, how they will get to the library, and, if you live in a city with many library branches like I do, ask them which location they’ll visit.

Milkman: Inviting people to make a choice that will take effect later is a powerful nudge. It turns out that when we’re deciding about this moment, we tend to make less healthy choices. We want that instant hit of gratification that isn’t so good for us in the long run.

For instance, my husband just texted me while we were talking and asked me what I want for takeout for dinner tonight. I’ll probably say pizza, but I would make a very different choice if he asked me to choose what I wanted for dinner tomorrow. Or where do I want to go on vacation in six months or how do I want to spend money that just arrived in my paycheck versus money that will arrive next year when I get a raise.

We think much differently when we make choices for now versus later. We want the pizza now and the salad later. We want to sit on the couch and binge-watch lowbrow TV now, but the gym and a night at the opera sounds good next week. All the sorts of things that have long-term value and benefits, we want to do those, but later.

You can change that if you nudge people, even yourself, to make decisions in advance. If you invite people at work to order lunch for next week, they are more likely to make better choices. If you and your partner plan all the meals for next week, you’re nudging yourself toward healthier decisions.

Of course, you might veer off the plan and just order pizza, but there is some degree of cost that you incur when you throw that food away. There is also guilt about not keeping your commitment. So, you’re much more likely to eat that healthy food than you would have been if you hadn’t invested in meal planning up-front.

Making those kinds of advanced decisions is one way that we can nudge ourselves and others toward choices that are more aligned with our long-term goals.

CNN: Can nudge theory help me convince a skeptical loved one to consider my point of view on politics or vaccines?

Milkman: One of my favorite tools to change and influence other people’s behavior is to ask someone to advise, or coach, a third party with a different point of view than their own. A new research paper on this just came out showing that if you’re randomly assigned a debate position, it changes your opinion — you start to align more with whatever randomly assigned position you had to take. It’s called the advocacy effect: After you advocate for something you believe in it more, even if you were opposed to it in the past.

Think about this in a work context. You have an employee who’s not super enthusiastic about a business decision that you believe is the right way to go. If you ask them to do the research and make a presentation advocating in favor of that position, they are likely to become more open to it.

If you have an employee who’s not getting their work done in timely fashion, ask that person to mentor someone else who is struggling with the same challenge. Mentoring will improve that individual’s own performance because of the advocacy effect and because being given that responsibility builds their confidence.

If you’re trying to get someone to open up their minds in this age of polarization, give them an opportunity to articulate the opinion opposite their own. If you can get people to take the opposite position, it can make them more open minded.

CNN: Can nudge theory be misused?

Milkman: Absolutely. Anytime you’re attempting to influence people, whether it’s with economics or psychology, there is a risk of nefarious or bad behavior. If something has an impact on you and you don’t know why, you can think of that as nefarious — I’m influencing you without your knowledge of what I’m doing and why it’s working.

For example, I do not want someone to sell me cigarettes. I don’t want them to want to sell my family cigarettes. But what if they tell me, “I have cigarettes reserved for you, for everyone in your family. Everyone in your neighborhood is smoking cigarettes right now.” That’s what I would say is “nudging for evil.” That’s a challenge with all influence tactics, and something I think we must be wary of as we use these tools for the public good.

However, one asset of nudges over other tools of influence like incentives, mandates and bans is that they preserve the freedom to choose: You have the choice to do what’s encouraged — or not — without incurring any sort of official cost. What I study most is encouraging healthy behaviors, or how to help people build up savings or help kids get better educational outcomes. When used in that way, I’d argue nudges are cost-effective tools that we can layer on top of traditional policy tools to improve people’s lives.