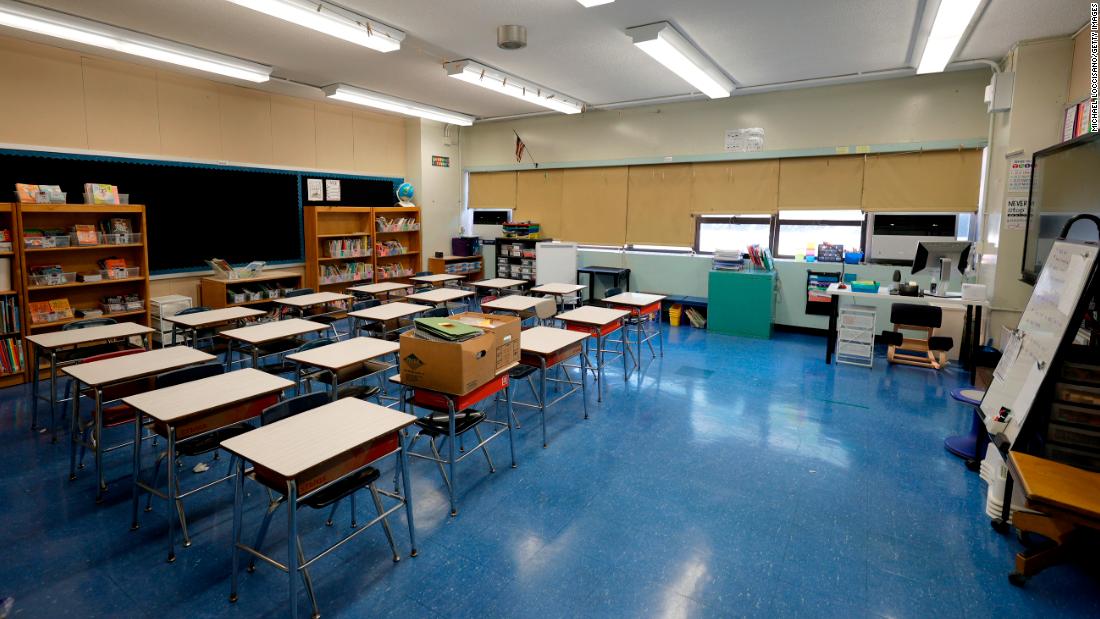 ‘Optimism is not a viable strategy’

Both the United Federation of Teachers (UFT) and Council of School Supervisors and Administrators (CSA) are calling on de Blasio to delay the vaccinate-or-leave deadline, which is Monday at midnight.

“We’re hopeful that DOE employees offer proof of vaccination in high numbers in the coming days, but optimism is not a viable strategy,” said Mark Cannizzaro, president of the CSA, which represents thousands of principals and other school administrators in New York City.

“Any staffing shortage, especially during a pandemic, is a threat to the health and safety of both students and personnel. It is dangerous and irresponsible for the city to move forward with its plan to allow schools and centers to operate so severely understaffed. As a result, we are calling on the city to delay the deadline for the mandate to allow the city to develop a reasonable contingency plan.”

Both Cannizzaro and UFT President Michael Mulgrew said they have no idea at this point just how bad things could be at individual schools, as site-specific information on vaccination rates has not been shared by the DOE.

“I’ve heard from several schools that have anywhere between 30 and 100 people currently on a non-compliant list,” said Cannizzaro.

“The truth is, at this point, principals and superintendents have been reaching out consistently to tell us that they are concerned about not having enough staff come Tuesday morning,” Cannizzaro said during a joint news conference with Mulgrew.

Schools will have just hours from midnight Monday, when they find out their total number of workers who are not vaccinated, to try to find vaccinated substitutes for when children arrive Tuesday morning.

But as of Friday, the union leaders said their members had no idea which the hardest-hit schools would be.

“No one has reached out to find out exactly which schools are going to have an issue and giving them additional support to make sure that the principal, the superintendent and everyone is comfortable that kids will be safe come Tuesday morning,” Cannizzaro said.

The DOE and Mayor de Blasio have said they ready for the Monday deadline and prepared to deploy from a reserve pool of 11,000 substitute teachers as well as other former teachers working in other areas of the DOE.

“They’re available, they’re ready,” de Blasio said of the subsitute teachers in an interview with WNYC’s Brian Lehrer. “If we need thousands, we have thousands.”

CNN has reached out to both the mayor’s office and the DOE for comment and response to the unions’ concerns.

De Blasio’s reassurances are not good enough for Mulgrew.

Mulgrew described the “worst case scenario” as a school unable to get enough substitutes and being forced to combine classrooms.

“I’m going to put 150 to 200 children in one room, because I have to have an adult with them in order to keep them safe. That’s what the teachers and principals are all upset about right now, they don’t want to be put in that situation, because they know no matter what they do, it’s a bad decision. And that’s why we’re so upset,” he said.

Cannizzaro expressed concerns that even if enough substitutes were found, administrator still couldn’t be sure they would be qualified for the right subject areas.

Mulgrew called on de Blasio to “wake up” and come up with a plan that could ensure schools will be prepared, rather than just remain optimistic.

“We are now appealing to the city to stop using politics to rationalize your decisions and make it based off the safety by children,” he said.

Mulgrew said he wasn’t asking City Hall to rip up the plan, just to allow time for it to be implemented. “We first have to make sure that everything is in place in the school to make sure the children are safe.”