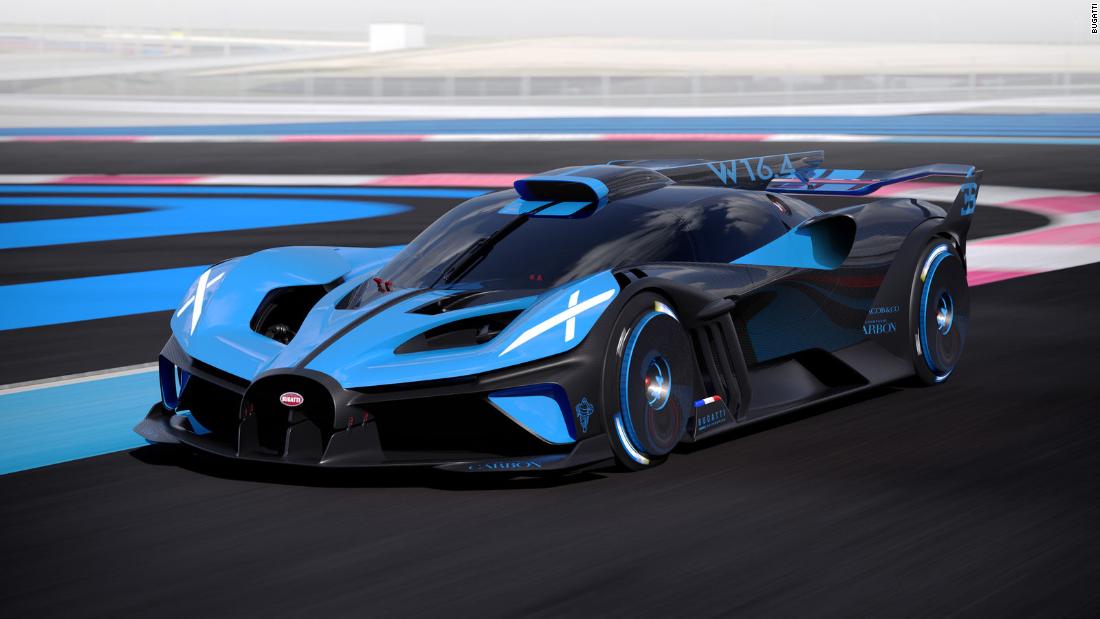 Bugatti said the Bolide will be built for just 40 paying customers. Each one will cost at least €4 million, the equivalent of $4.7 million.

The Bolide — a name that comes from French slang for “very fast car,” according to Bugatti — was designed solely for track driving, not for use on public roads. It has a modified version of the huge 8.0-liter, 16-cylinder engine found in Bugatti’s Chiron, the brand’s core model.

The official horsepower of the Bolide will be lower — just 1,600 — because Bugatti rated the production car engine using 93 octane fuel, which can be purchased at roadside gas pumps, instead of the 105 octane racing fuel the concept car was rated for. Since the Bolide can be driven only on race tracks, though, it is likely it will often be filled with racing fuel and could attain the higher horsepower.

Designed for optimal aerodynamics, the Bolide is a little over three feet high, which is about a foot shorter than the Chiron. To get in, occupants must sit on the door sill and put their legs inside before sliding over into the seat.

Bugatti plans to put the car into production in 2024, after completing all of the 500 planned Chiron models. That will likely make the Bolide Bugatti’s last gasoline-only model. By that time, Bugatti will be under the direction of Rimac, a Croation electric supercar manufacturer that is taking effective control of Bugatti later this year. Both Bugatti and Rimac executives have said that future Bugatti models will probably be plug-in hybrids. Bugatti could also produce some fully-electric models in the near future, Rimac CEO Mate Rimac has said.

With three years remaining before production starts, the Bolide will undergo further development so specific details about the supercar could change.

The concept version, which was first unveiled last year, has been engineered to be as light as possible. The screws and fasteners in the car are made from titanium, according to Bugatti, and much of the rest of the car is made from lightweight carbon fiber and titanium alloys. The Bolide concept weighs just over 2,700 pounds, compared to 4,400 pounds for the Chiron. A lot of weight was saved in the Bolide by giving no consideration to luxury and very little to comfort. The interior is extremely sparse with thin, light racing seats instead of the nicely upholstered seats used in the Chiron.

The turbochargers attached to the engine are specially designed to enable more power at high speeds. Bugatti’s already high-performance lubricating systems have been redesigned to deal with extraordinarily high cornering forces that can cause oil to move away from where it’s needed.

For safety, Bugatti will arrange for owners to have exclusive track days to drive their Bolides without other cars around.

Some buyers may not want to drive the car at all, said Cedric Davy, chief operating officer of Bugatti of the Americas. They will want to just park it in their garage and admire it among, almost certainly, many other expensive cars.

“At the end of the day, you’re not only selling a vehicle, but you’re selling a piece of art. And to a certain person, this is going to be their usage of their car,” he said. “Having it and looking at it as a piece of art.”