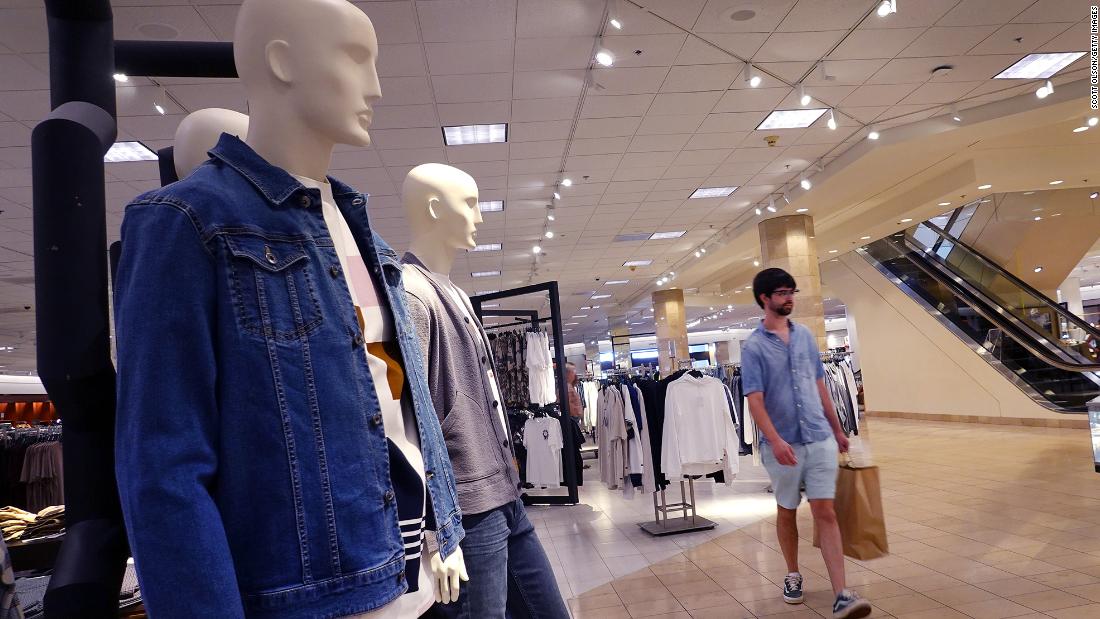 A handful of businesses over the past several weeks have said customers are closing their purses. Consumer confidence fell through the floor, and retail sales sank.

Job growth remains electric. Inflation has come off its highs, and the broadest measure of the economic activity showed considerable strength in the spring.

The US economy is putting out a lot of mixed signals: While the Delta variant is weighing on economic data and consumer sentiment, the recovery is still chugging along and plenty of businesses remain optimistic about the future.

Economic data are a weird beast. On the one hand, it’s the best shot we have at learning about what’s going on. But month-to-month, these stats can be noisy, distorted by temporary factors. That makes it harder to see trends.

It’s too early to tell if the Delta variant is slowing the pace of the economic recovery enough to be concerned. Infection rates are reported nearly in real time, but economic data are always looking backward. Meanwhile, companies are looking forward, trying to judge how their customers might react to outside factors in the future. It’s a cloudy crystal ball at best.

Either way, the bottom line is this: The pandemic isn’t yet over. That means economic conditions keep evolving, maintaining businesses, consumers and the recovery in a chokehold.

What the data says

First, let’s tackle the bad news: Some recent economic data are painting a lousy picture. Early consumer sentiment data for August showed a crash below pre-pandemic levels, falling to its lowest mark since December 2011. People are judging that Delta will hurt the recovery, as well as their daily lives. After hot vax summer was cut short by the variant, people are digesting the realization that the pandemic is not in fact about to be over.
Retail sales fell more than expected in July, both including and excluding auto sales.
On Monday, data from IHS Markit showed US private sector growth slowed sharply in August, as supply chain and capacity constraints continued and the variant added a new negative into the mix. The composite purchasing managers’ index, which measures business activity in the services sector and manufacturing output, fell to its lowest level in eight months.

But here’s the good news: Economists are confident that the higher case numbers won’t lead to lockdowns like last year, particularly now that vaccines are widely available.

The Back-to-Normal Index created by CNN Business and Moody’s Analytics has been holding steady at 92% in recent weeks, but some states’ economies are better now than they were before the pandemic.
And inflation is finally starting to show up in the rearview mirror. Higher prices have been a hallmark of the recovery, but in July, consumer price inflation began to moderate.
Job growth has been booming, with more than 900,000 jobs added in both June and July. For August, economists predict another 725,000 jobs added, according to Refinitiv. The August jobs report will come out next week Friday.

“The Delta variant is a relatively new wrinkle to a jobs recovery that has been uneven to date,” Nela Richardson, chief economist at ADP, told CNN Business. With companies keen to hire and take advantage of the reopened economy and many workers still hesitant to put themselves at risk, the mismatch between labor demand and supply will likely continue in the face of the variant.

That said, each resurgence in the virus has resulted in less and less economic damage, said Jack Janasiewicz, portfolio strategist at Natixis Investment Managers — not least because state and local governments have become hesitant to lock down their economies again, instead pushing vaccines and masking indoors.

It will be another two months until we get some bigger picture data with the third quarter gross domestic product numbers, the single broadest measure of economic activity. Until then, the jury is still out on how much of a mark Delta will leave on the pandemic recovery.

The reaction to Delta among American businesses isn’t unanimous, either.

Travel and leisure companies such as Southwest Airlines (LUV), Airbnb and Disney (DIS) said last week that rising Covid infections are hurting business. TJX (TJX), the owner of TJ Maxx, Marshalls and HomeGoods, said during last week’s earnings that sales had begun to slow down in the last week of July and into the first two weeks of August, which it attributed to the variant.

“If you are concerned about Delta, the first thing you do is stop getting on planes or going to restaurants,” Michael Baker, a retail analyst at D.A. Davidson, said in an email.

That’s why hospitality and leisure, once again, will be worse affected by the resurgence in Covid cases than other areas of the economy, including shops.

But other major retailers that reported earnings last week remained cautiously optimistic regarding sales for the rest of the year.

Big box giants Walmart (WMT) and Target (CBDY) said shoppers have been returning to stores in recent months and stocking up on back-to-school supplies, clothing, beauty, food and other essential items. Customers “have emerged from a year in which digital was the primary growth driver and they’re now returning to our stores in droves,” Target CEO Brian Cornell said on a call with analysts last week.

“We’re seeing tremendous resilience in the consumer today. And our traffic patterns, I think, represent that, as we see this consistent flow of traffic into our stores,” he added.

So far, the Delta variant hasn’t yet altered customer behaviors, but the company is carefully monitoring the impact, executives said.

Macy’s (M) and Kohl’s (KSS) also reported benefiting from customers refreshing their wardrobes after months of working from home, but Kohl’s executives said Delta’s effect on consumers was unpredictable.

“There’s a heightened level of uncertainty as we look to the back half of the year with the Delta variant,” said the company’s CFO Jill Timm. “What is that going to do for consumer confidence?”