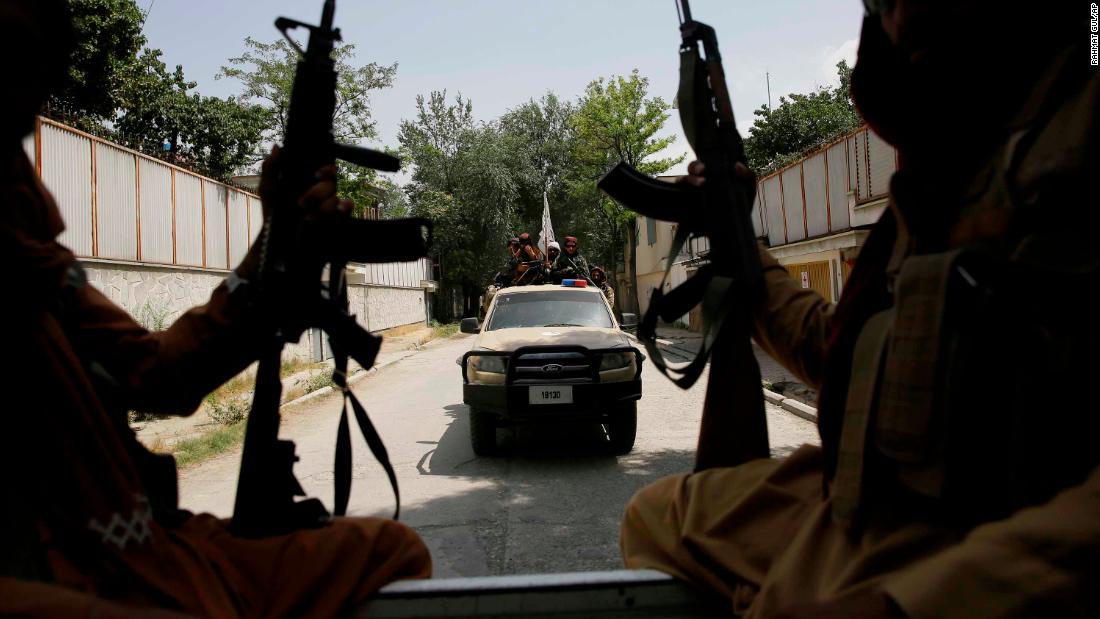 The German news organization Deutsche Welle (DW) said in an article on Thursday that Taliban fighters had been searching for one of their journalists in Afghanistan, confirming that a relative of the journalist was shot dead by the Taliban on Wednesday and one other person was seriously injured.

Other relatives were able to escape at the last minute and are on the run, the DW article said.

“The killing of a close relative of one of our editors by the Taliban yesterday is inconceivably tragic, and testifies to the acute danger in which all our employees and their families in Afghanistan find themselves,” DW Director General Peter Limbourg said in the article.

“It is evident that the Taliban are already carrying out organized searches for journalists, both in Kabul and in the provinces. We are running out of time!” Limburg added.

The news comes after a threat assessment, prepared for the United Nations by a Norwegian organization, warned the “Taliban are intensifying the hunt-down of all individuals and collaborators with the former regime, and if unsuccessful, target and arrest the families and punish them according to their own interpretation of Sharia law.”

“Particularly at risk are individuals in central positions in military, police and investigative units,” the report went on to say.

CNN has obtained a copy of the report, dated August 18 and written by the Norwegian Center for Global Analyses. It includes a document purportedly written by the Taliban’s Military Commission to a senior security official in the former government who — it said — had “excellent relations with the Americans and the British.”

The document, dated August 16, said he must report to the Commission and failure to do so would mean that “your family members will be arrested instead, and you are responsible for this.”

CNN has been unable to establish the extent of the Taliban’s search for members of the security services and others associated with the former government, nor how many may have been arrested.

Elsewhere on Thursday, the Taliban published a series of photographs of their fighters at an Independence Day parade brandishing US assault weapons.

The parade took place in the city of Qalat, the capital of Zabul province, on Thursday. The photographs show a Taliban unit carrying M4 carbines, which were supplied by the US to Afghan forces in recent years.

A similar parade was held in Kandahar in the south.

In seizing military bases across Afghanistan, the Taliban captured huge stocks of weapons and vehicles, including modern mine-resistant vehicles (MRAPs) and Humvees. Fighters have also been seen patrolling with US M16 rifles in recent days.

Taliban spokespeople have spent much of the past week stressing that the group will run a more tolerant regime than the one that repressed millions when last in power until it was ousted by US-led forces in 2001.

The spokesman for the Taliban’s political office in Doha, Suhail Shaheen, told CNN on Monday the group is committed to an “inclusive Islamic government,” and repeated assurances that those involved with the Afghan state over the past two decades would be given amnesty.

But a pattern of repression has already emerged in towns and cities around Afghanistan. On Thursday, the country’s independence day, Taliban patrols circled Kabul, blasting sirens and following marches that displayed the Afghan national flag.

And in the provinces, which sit mostly away from the glare of international media, militants have fired guns and beaten protesters who removed the Taliban’s flag from town squares.

The clampdowns are particularly concerning given the looming departure of the last US troops from Afghanistan. Those forces have been securing the military side of Kabul’s airport, and once they leave, the last chance to escape the country could vanish for the thousands who have crowded the facility all week.

Pentagon spokesman John Kirby said there has been “no decision to change” the August 31 deadline to withdraw all US troops from Afghanistan. If such a decision is made, it would require further discussions with the Taliban, Kirby said.

The scene at Kabul’s international airport has grown more desperate and chaotic as the week has worn on. On Thursday, crowds outside swelled and multiple Afghans told CNN they had been refused passage through Taliban checkpoints despite having the correct paperwork.

Evacuation efforts were hampered on Friday due to Qatar — where many of the US government evacuation flights had been traveling to — nearing capacity for sheltering Afghans, a Qatari source told CNN Friday.

This means around 10,000 people who have been processed have not been able to depart from Kabul’s Hamid Karzai Airport, a soldier told CNN.

The Pentagon said later on Friday that flights resumed after a six-to-seven hour pause.

As the US government sought new locations to house evacuees, General Hank Taylor, deputy director of the Joint Staff for Regional Operations, told reporters Friday that some flights were being directed to Germany. He added that 17 flights have left the airport in the past 24 hours carrying 6,000 passengers.

The chaos has placed President Joe Biden’s administration under intense scrutiny, after Biden stood by his unapologetic stance on the decision to withdraw US troops.

Biden said on Friday there would be “plenty of time to criticize and second guess” his administration’s actions in Afghanistan when the evacuation operation is complete, but for now he is “focused on getting this job done.” He also committed to evacuating Afghans who had assisted the US in the war effort.

He added that there has been “no questions” from allies over the US credibility on the world stage and said that a G7 meeting is being convened next week to coordinate a “united approach.”

In the meantime, images, videos and stories from outside the airport continue to rattle observers. On Thursday, Afghanistan’s General Directorate of Body and Sports confirmed that a teenager on Afghanistan’s youth national football team was one of the victims who fell from a US military C-17 aircraft on Monday.

“With great regret and sadness, we obtained information that Zaki Anwari, one of the youth footballers of the national team, has lost his life in a horrible incident,” it said in a statement.

Anwari was “endeavoring to leave the country like hundreds other youth from his country,” it continued. “He has fallen down from the US military plane and lost his life.”