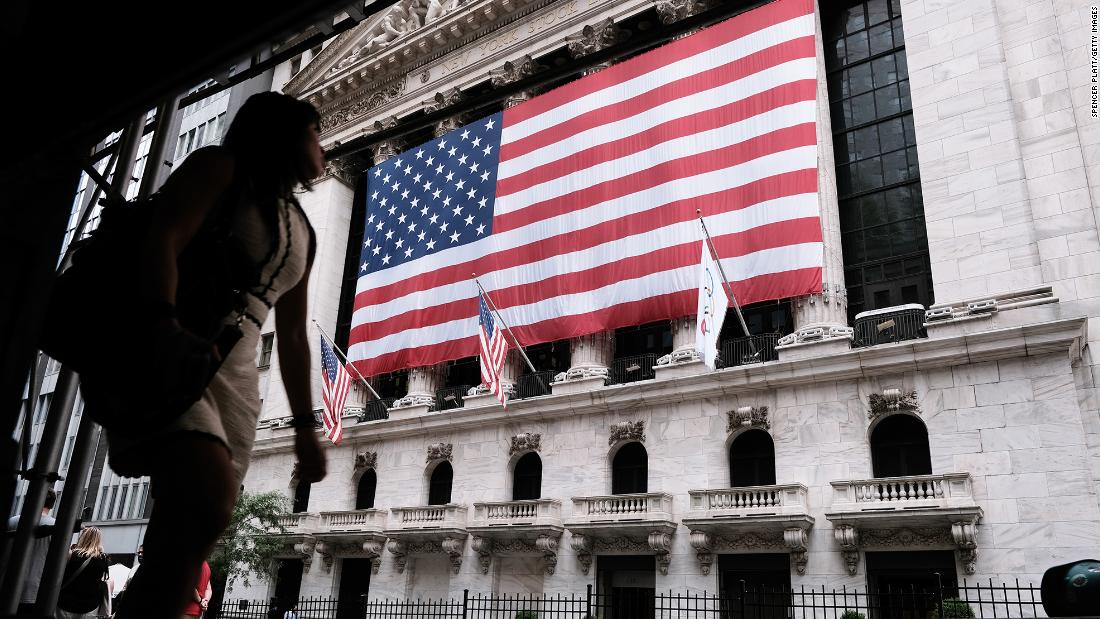 A widely anticipated retail sales report showed the Delta variant is putting a damper on American consumer spending. That dragged the already lackluster market further into the red as the opening bell rang in New York.
The S&P 500 (SPX), the broadest gauge of Wall Street, was down 0.9% around midday. The Dow (INDU) slid some 320 points, or 0.9%, and the Nasdaq Composite (COMP) was down 1.2%.
Still, the market has come a long way since the dramatic selloff at the start of America’s great lockdown. Staying at home benefited e-commerce giants like Amazon, but also new necessities like Zoom. Stocks rebounded rather quickly, driven by hopes for vaccine and the eventual reopening of the economy, as well as stimulus from the government and the Federal Reserve.

At Monday’s close, the S&P 500 had doubled compared with its pandemic-low in March 2020.

Even though some analysts have repeatedly cautioned that market might be getting ahead of itself, vaccines are here, the recovery is chugging along and the Fed hasn’t turned off the cheap money taps yet.

More than a year after the depth of the pandemic, the market looks different — even though some worries remain about the continued success of stocks.

The Delta variant of Covid-19 is pushing up infection rates particularly among unvaccinated communities. This could weigh on the economy as we’re headed into the colder months. Various companies, including airlines and other travel related firms, have already said that Delta is hurting their business.
That said, economists aren’t concerned that another big lockdown is looming and smaller scale restrictions are more likely. Various states have recovered their mask mandates to keep its residents safe against the more infectious variant.

Last week, preliminary data for August showed sentiment dropping to the lowest level since December 2011. Americans also shopped less than expected in July, data showed early Tuesday, and retail sales declined for the second time in three months.
Investors have also fretted about rising inflation. Even though economists predicted that inflation would be high as America emerges from the pandemic, the spikes in monthly data stirred worries that the Fed would have to change its policies sooner than hoped. Investors expect the central bank to announce its tapering of monthly asset purchases in the near term.