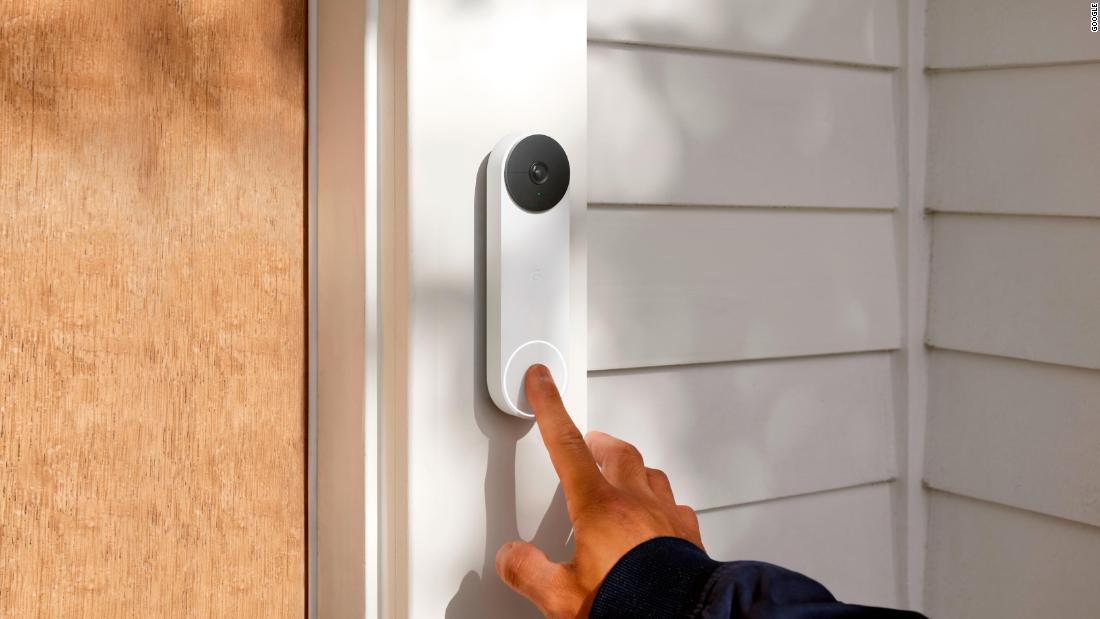 It’s time to say goodbye to the Nest Hello and hello to the Nest Doorbell. Yes, there’s finally a new Nest Doorbell and it aims to fix the main frustrations we had with its predecessor. The Google Nest Doorbell — which is up for preorder now for $179.99 — includes smart notifications for no extra charge and can be powered from the internal battery or wired into power. And it’s joining the new Nest Cam and Nest Cam with floodlight, along with a wired Nest Cam.

This refreshed Doorbell aims to deliver smarter notifications and offer a wide field of view to see everything at your door to stand out from the increasingly crowded video doorbell space. Ring’s already released a multitude of doorbells since the start of 2021. And on paper, Nest has a pretty compelling package to compete with them.

The Nest Doorbell is up for preorder now at $179.99 in your choice of Snow, Ivy, Linen and Ash. It will start shipping on Aug. 24 and officially goes on sale that day. You also won’t need to worry about choosing between a wired or wireless model — the Nest Doorbell features a built-in battery and supports voltage wiring. This way, it can be used in a wired or wireless setup directly out of the box.

Google will be offering a few accessories like wedges to have the Doorbell tilt or look a specific way for $14.99, plates for $9.99 and an AC adapter for $24.99.

The Nest Doorbell looks like an enhanced version of the Nest Hello — it keeps a long oval design, which places the lens at the top and a large ringer button on the bottom. It measures 6.3 inches tall and 1.8 inches across. It’s about the average size for a doorbell, and if anything, it’s less wide than some options from competitors. Google is opting for a plastic build here, and it’s using recycled plastic throughout. You’ll also get four color options: Snow, Ivy, Linen and Ash. It features an IP54 rating against water, so it likely won’t break over a little rainstorm.

And while Hello is no longer in the name, the Nest Doorbell will illuminate an LED ring around the button when it notices someone approaching. It’s a nice touch and fits in line with Nest’s designs from the past. The camera up top is capable of delivering HDR video at 960 x 1280 pixels. Specifically, it’s an HD view with 6x digital zoom and 145-degree field of view. This equals out to a 3-to-4 ratio, which should present your front steps, hallway or yard in all its glory.

Most importantly, you should be able to capture if a package is left directly in front of the door to a tall delivery person. Night Vision is included here through infrared LEDs, and Google says it should see up to 10 feet. We’re eager to put this to the test closer to launch.

And as you’d expect from a Nest Doorbell, it will connect to the internet via Wi-Fi and works with the Google Home app for Android or iOS.

There’s only one model of the Doorbell and it includes a battery inside by default, but it also supports wired doorbell power through a wire. It’s a two-in-one solution with just one model. The extra trick here is that the internal battery will still get charged, and in the event of a power outage, it will still record and capture events for a limited amount of time.

Nest is describing three battery life estimates for different scenarios. For a busy doorbell that delivers between 25 and 30 events per day, you can expect about a month of battery life. One that delivers 13 to 16 events is closer to two and a half months, while a Doorbell with just two to five events per day is closer to six months. Mileage will vary here and is very dependent on your location.

When it comes time to charge the Nest Doorbell, you’ll need to do so with a USB-C cable. Unlike Ring wired doorbells, Nest isn’t using a user-removable battery pack. The company had to go this route with the battery to keep the design slim and allow for both wired and wireless uses.

Out of the box, the Nest Doorbell will support four alert types, deliver three hours of video activity and support motion zones. It will be able to detect people, animals, vehicles and packages. And here’s the cooler part — though free is always really cool — the video stream processing happens all on the device. With a machine learning (ML) chip inside, along with many other components, the Nest Doorbell can analyze footage on-device and in real time to see who’s in the frame.

In a demo, we saw the Doorbell recognize a delivery truck and a person walking out of it, leaving a package on the front. That’s pretty impressive and speaks to Google’s advanced technology chops, but also delivers an excellent experience, as the Doorbell can understand the logic and identify the proper event to notify you on. This way, you don’t get thousands of notifications for the same event. From a privacy standpoint, on-device processing versus your information being tossed in the cloud is generally safer.

What’s missing, though? Well, if you want the Nest Hello to detect faces and people, that will require you to get Nest Aware or Nest Aware Plus. Those plans are also needed to upgrade your video history. Let’s break it down, shall we?

Out of the box, it will record event history for a maximum of three hours. You can connect to the Doorbell for a live view 24/7, but there’s no option for continuous recording with the Doorbell.

The view in the app is also designed to work better with other Nest devices. You can see notifications in real time listed out in a grouped view from all Nest cams and doorbells. The idea behind it is for a less cluttered view that doesn’t result in multiple events. You can also access a quick settings menu from the live view for the Doorbell (or any cam) to quickly use two-way talk or to zoom in. You’ll also be able to hear who’s at the door through a Nest speaker or see a live view on a Nest Hub.

The Nest Doorbell is shaping up to be an improvement over the Hello in some core ways — namely, more features without paying for a subscription. For $179.99, you’re getting a doorbell that works in a wired or wireless setup, a sleek design and many features.

We’ll be going hands-on soon and will see how the Doorbell stacks up. But on paper, it seems to be a strong competitor against Ring, namely for the Video Doorbell 4 and Video Doorbell Pro 2. While those feature different designs, swappable batteries in Doorbell 4 and an advanced motion tracker in Pro 2, neither is pegged as a one-size-fits-all solution. Plus, there’s no on-device package detection offered, which is a significant feature to be missing.

If you’re sold on the Nest Doorbell, it’s up for preorder now in a selection of colors for $179.99.