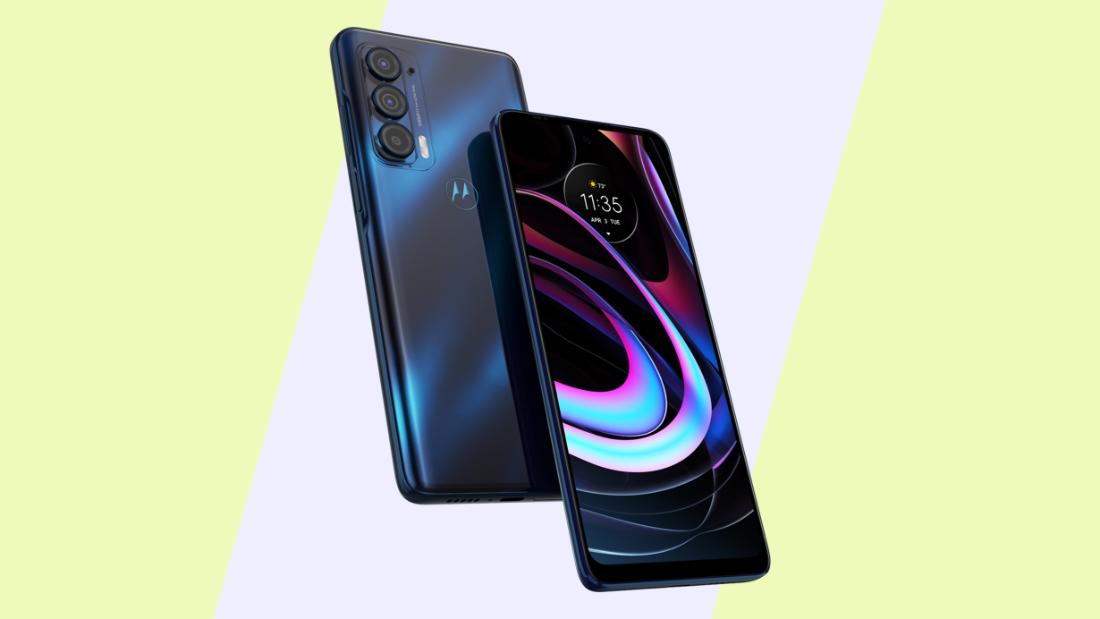 In recent years Motorola has really hit a sweet spot with budget and midrange smartphones. The company hasn’t been able to transfer that success into the premium smartphone sector or even the folding phone market (pour one out for the original Razr), though. The brand is trying to remedy that with the new Motorola Edge.

The Motorola Edge is replacing two devices in one: the Verizon-exclusive $999 Edge+ and the unlocked $699 Edge, packaging some new camera tricks, a faster processor and — what seems to be the trend for 2021 — a bigger display. Motorola’s latest device is up for preorder now at a discounted price of $499 from Amazon and Motorola directly.

Who this is for: The new Motorola Edge is likely for someone who wants a big-screen Android phone with a great display.

What you need to know: Motorola’s latest Edge doesn’t change much, and those who currently have the Edge or Edge+ likely don’t need to upgrade. It features a 6.8-inch display with a smooth 144 Hz refresh rate, three cameras, Motorola’s Android 11 and a solid midrange processor. It also packs support for mmWave and Sub-6 5G.

How this compares: The display is likely the star with a 144 Hz refresh rate on a 6.8-inch display. It’s a large phone by any stretch, and Motorola opted for a large 5,000mAh battery inside. We’re not sure how well the three cameras will perform, but we’re not expecting these to be the ultimate shooters. For many, the Pixel 5a with 5G, along with a laundry list of other devices, might prove to be better options. Specifically, the 5a offers best-in-class camera performance across shooting modes with two lenses. Google is also guaranteeing three years of Android updates for the $449 device.

The new Motorola Edge will be launching as an unlocked device on Sept. 2 with preorders open now. And in typical Motorola fashion, a deal is available from day one. The Edge is $499.99 for a limited time, after which it will return to the MSRP of $699.99. That’s a pretty good deal, but it’s facing some tough competition from a bevy of devices — so let’s unpack the Edge.

The new Edge’s improvements start with the 6.8-inch Max Vision display; marketing names aside, this screen did perform well in our testing last year. And we’d expect that to remain a constant with vibrant colors and sharp blacks from the LCD screen panel.

Motorola is sticking with a Full HD+ resolution, but the company is radically increasing the refresh rate to 144 Hz from 90 Hz, a rate that significantly surpasses the iPhone’s 60 Hz and Galaxy S21’s 120 Hz displays. This should deliver a very true-to-life experience when watching content and using the device every day. A refresh rate speaks to how many times in a second the screen can refresh itself, and the promised rate here is zippy, to say the least. It should make gaming through a cloud service like Stadia or locally on-device pretty responsive.

This high refresh rate does give us some battery concerns, though, as it requires more power to run the display. Motorola typically succeeds in the battery department and has delivered longer than a day of runtime on previous devices. Inside the Edge is a 5,000mAh battery that supports 30-watt fast charging through a brick, and wireless charging through any Qi-capable pad or dock. It should be plenty to get you through the day, but we would like to confirm with some hands-on testing.

The device features a Qualcomm Snapdragon 778G processor and a choice of either 6GB or 8GB of RAM. Like the recently released Pixel 5a with 5G, this isn’t necessarily a flagship processor. Notably, it’s a complete series under the Snapdragon 888G, which powers the Galaxy S21, Z Flip 3 and even the Z Fold 3. We expect that Motorola has made some customizations for efficiency here, but we don’t know if performance will be up to a high-end device level. The Edge also packs support for both mmWave and Sub-6 5G networks, which are the leading standards in the United States.

The new Edge will be running Android 11 with a Motorola user interface out of the box, and we’d imagine this processor is plenty to get through a typical day with a myriad of tasks. Intense gaming or creative tasks, along with heavy 5G usage, might show some hiccups here, though. Motorola is promising that it will deliver up to 55% faster processing over the previous Edge model. In our testing, it was solid for everyday use but did experience slowdowns in the gaming department. At the same $499 price point, though (it had the same limited-time offer), it beat out some other midrange devices.

And, like any other recent Motorola device, it will feature Moto Actions for easy commands through gestures and the ability to “light” the edge of the display. The latter is somewhat of a gimmick but uses the sloped edges of the screen on the left and right sides. For instance, it can glow a particular color when a notification arrives.

Baked into the top of the display is a 32-megapixel front-facing camera, which Motorola promises will lead to crisp selfies. It doesn’t have a proper night mode for selfies, but rather it can switch the mode to help you get a better shot in real time. The overarching theme here with the cameras is that Motorola wants the phone to do the heavy lifting. Let’s break down the primary lenses on the back.

On paper, it seems like a solid array of lenses to capture a bevy of different shots. Still, though, as a higher-end device, a physical telephoto lens would have been nice to see here, especially considering it’s on the previous Edge and the Edge+. And at $499, it has a lot to prove against lower-priced devices, like the Pixel 5a with 5G, which has one of the best camera setups we’ve ever tested.

The Edge is only available in Nebula Blue, which appears to carry a holographic look of sorts. Depending on how the light hits it, the actual color of the device may change. It’s similar to Aura Glow on the Note 10+, though it’s just multiple shades of blue here. The other good news with the design is that it features an IP52 rating against water.

The new Motorola Edge isn’t a rethinking of the brand’s premium device but rather a restructuring to one device with some refinements. We’re most excited about the 6.8-inch display for the 144 Hz refresh rate, and we’re looking forward to seeing just how much it changes the user experience.

While we haven’t tested the device yet, it seems like a solid deal for $499. At $699, though, it’s a bit of a harder sell, considering the competition at and below that price. On paper, we imagine it might be a lick faster than the Pixel 5a with 5G, but we’re not entirely sure how the camera will end up performing. We’ll give the win to Motorola, though, for including both bands of 5G (mmWave and Sub-6) inside.

If you like the looks, that smooth screen or the trio of cameras, the Motorola Edge is up for preorder now. For a limited time, it is just $499 and will jump to $699 in the future. We imagine that will occur closer to Sept. 2, when the device will start to ship.