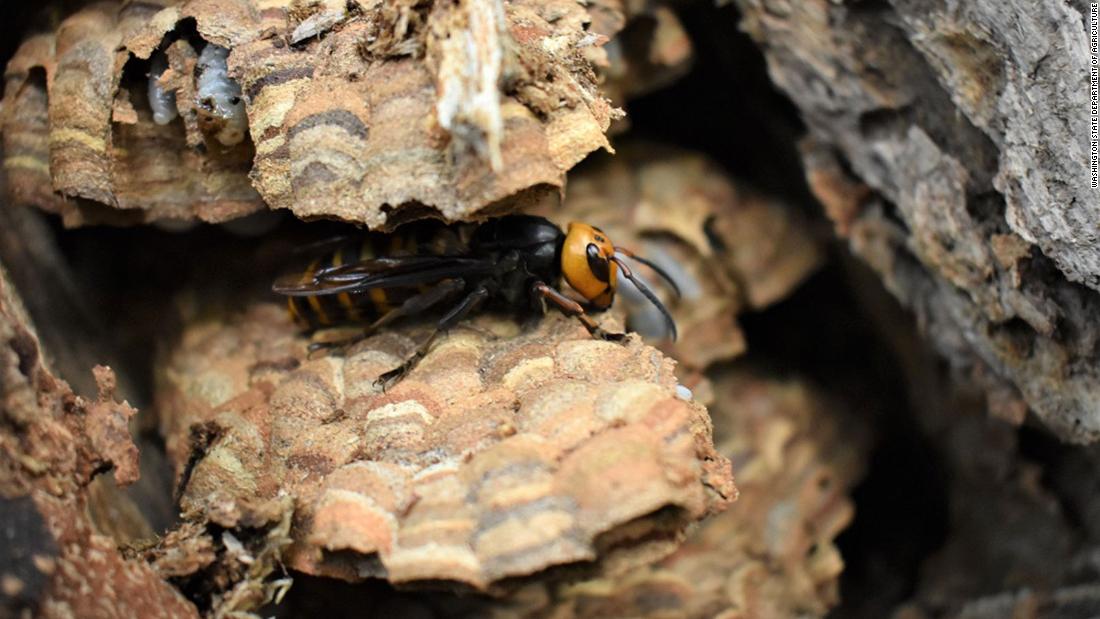 The nest was found by the Washington State Department of Agriculture (WSDA) in the base of a dead alder tree in rural Whatcom County Wednesday.

The nest consisted of nine layers of comb and had almost 1500 hornets in various stages of development, WSDA said in a news release. Staff vacuumed 113 worker hornets from the nest in addition to catching 67 additional hornets with nets in the area.

Asian giant hornets earned the “murder hornet” nickname because they enter a “slaughter phase,” where they kill bees by decapitating them, according to officials.

“While we are glad to have found and eradicated this nest so early in the season, this detection proves how important public reporting continues to be,” Sven Spichiger, WSDA managing entomologist said.

“We expect there are more nests out there and, like this one, we hope to find them before they can produce new queens. Your report may be the one that leads us to a nest.”

The WSDA will send the part of the tree with the nest to Washington State University to be further analyzed, the release said.

Asian Giant hornets are the largest hornets in the world and can grow to be up to two inches long, according to the US Department of Agriculture (USDA).

They natively live in the region from northern India to East Asia. They prey on honeybees and other insects and some hornets can destroy a hive in just a few hours, the WSDA said.

The hornet is considered invasive in the United States and was first reported in the Vancouver Island area of Canada in August 2019 and has since been detected in the far northwest corner of Washington state, according to the USDA.