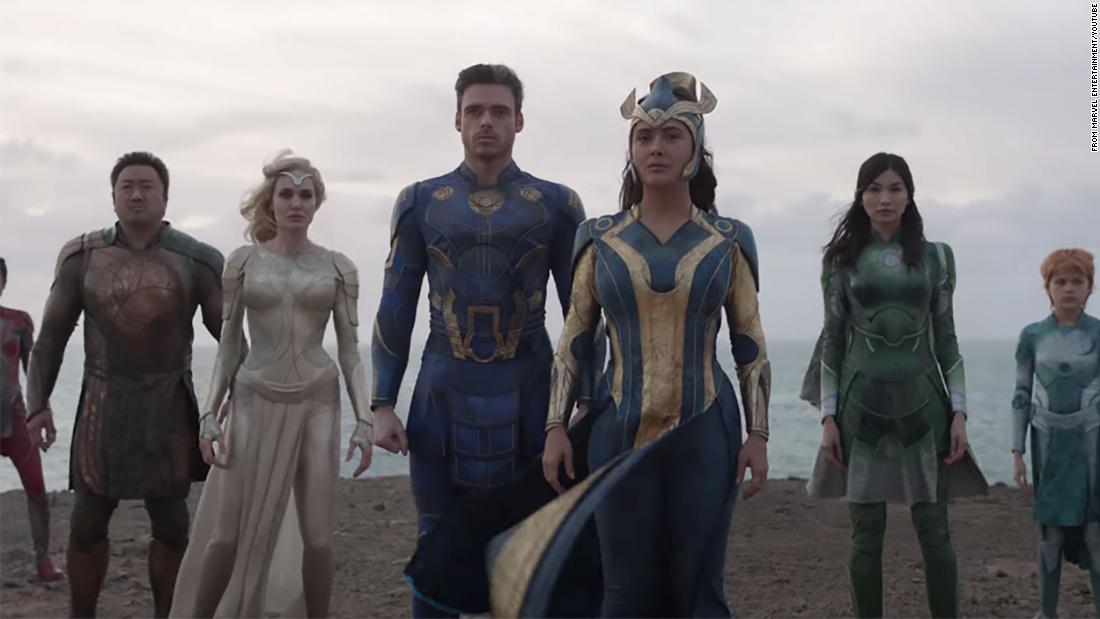 The latest teaser follows the first “Eternals” trailer released in May.

The trailer also shows the Celestials, which appeared in 2014’s “Guardians of the Galaxy.”

“Eternals” takes place after the events of “Avengers: Endgame.” According to Marvel’s website, “the wise and spiritual Ajak (played by Salma Hayek) explains the situation at hand to Ikaris (played by Richard Madden), ‘Five years ago, Thanos erased half of the population of the universe. But the people of this planet brought everyone back with a snap of a finger.’

“However, the events has caused an unexpected conflict for them, ‘The sudden return of the population provided the necessary energy for the emergence to begin.’ Unfortunately, they only have seven days.”

Check out the trailer here.