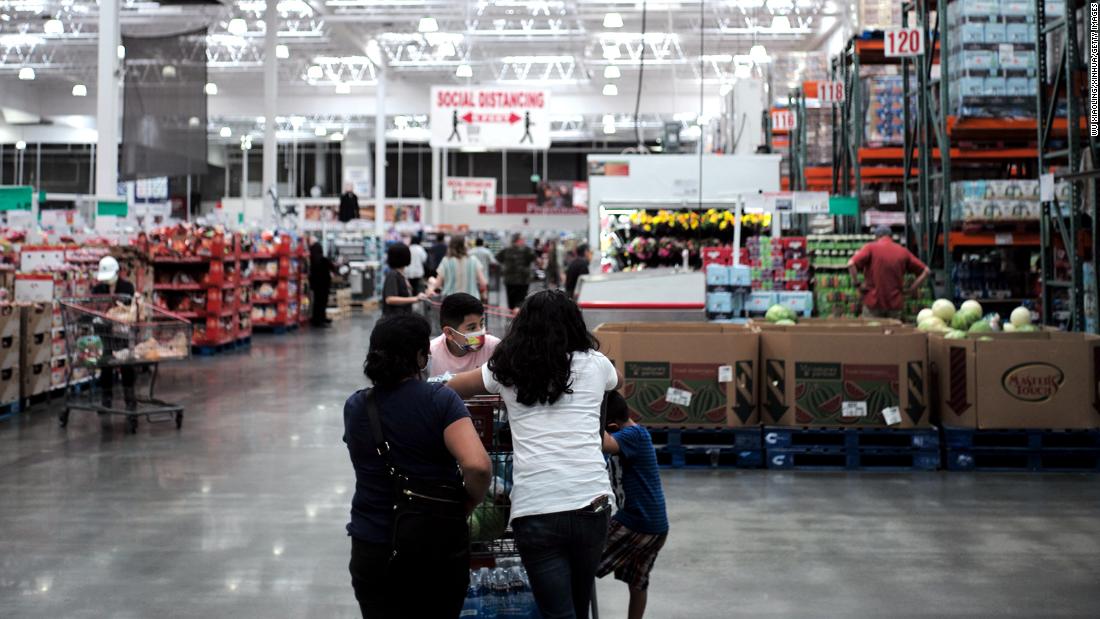 Parents reported less trouble affording food and paying for household expenses after the first payment was sent on July 15, according to the latest Census Bureau Household Pulse Survey, released Wednesday.

Just over 10% of households with children sometimes or often didn’t have enough to eat over the past seven days, according to the survey, which was conducted between July 21 and August 2.

That’s the lowest estimate since the start of the coronavirus pandemic and a “huge drop” of 3.5 percentage points from the prior survey taken a month earlier, said Diane Whitmore Schanzenbach, director of the Institute for Policy Research at Northwestern University.

RELATED: First child tax credit payments have been sent. Here’s what you need to know
In addition, some 29% of adults in households with children had difficulty paying expenses in the previous week, the latest survey found. That’s down from 31.5% a month earlier.

But among households without children, the share of adults struggling to pay expenses increased slightly during this period.

Spending on school needs and food

Parents spent their child tax credit payments on more than one thing, but school expenses was the largest category, according to the Census Bureau. Some 57% used at least part of the money for books and supplies, tuition, tutoring, school transportation or after-school activities (not including child care).

RELATED: Here’s how the IRS is trying to make sure the neediest families don’t miss out on new child tax credits

Some 47% of parents used at least some of the funds for food, while 28% spent it on Internet, cell phones and other utilities and nearly a quarter purchased clothing.

“It looks like families are using this to pay for basic needs that their kids have,” Schanzenbach said. “These are things we know many families are struggling with. This extra payment is going to reduce the number of families at risk.”

Nearly 36% of Asian-American parents said they mostly spent the payment, compared to White, Black and Hispanic parents at 26% each.

Nearly half of Hispanic families and 45% of Black families said they mostly used it to pay down debt, compared to 37% of White families and 26% of Asian-American families.

And 37% of Asian-American parents and 36% of White parents said they mostly saved the payment, compared to 27% of Black parents and 25% of Hispanic parents.

The enhanced child tax credit — which is only in effect for 2021 — is expected to cut child poverty nearly in half, experts say.

Families will receive five more monthly payments, including the one coming at the end of this week. Those funds will account for half of their child tax credit — they can claim the other half when they file their taxes next year.

The monthly payments are part of the big enhancement Congress made to the tax credit as part of the $1.9 trillion American Rescue Plan in March.

The full enhanced credit is available for heads of households earning $112,500 and joint filers making up to $150,000 a year, after which it begins to phase out. For many families, the credit then plateaus at $2,000 per child and starts to phase out for single parents earning more than $200,000 or for married couples with incomes above $400,000.

More low-income parents also became eligible for the child tax credit because the relief package makes it fully refundable. It had been only partially refundable — leaving more than 26 million children unable to get the full credit because their families’ incomes were too low, according to Treasury Department estimates.

The beefed-up credit is scheduled to expire after 2021, but President Joe Biden and congressional Democrats want to extend it for a few more years, if not make it permanent.

The impact on struggling households shows the need to make the enhancement permanent, said Natalie Foster, co-founder of the Economic Security Project, which advocates for guaranteed income payments and the reining in of concentrated corporate power.

“The fact that we see a significant number of families reporting less food insecurity from one check is a reminder of how important these checks are,” she said.