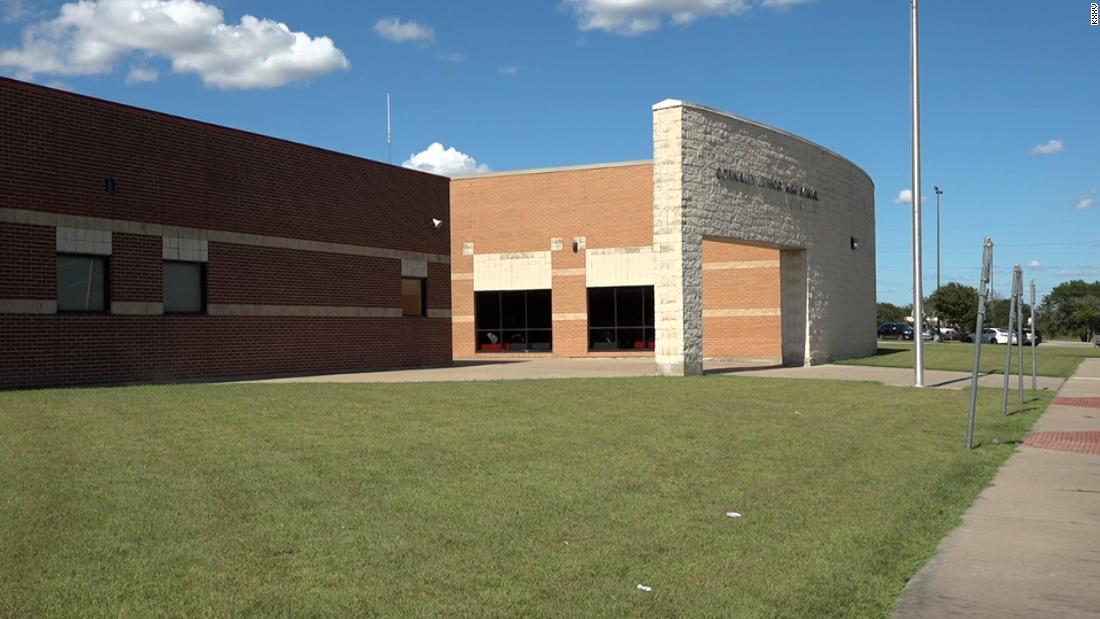 Natalia Chansler, a 6th grade social studies teacher at Connally Junior High in Elm Mott, Texas, died of Covid-19 complications on August 28th, just days after testing positive for the virus, according to an email sent to parents by the Connally Independent School District.

Chansler, 41, was not vaccinated because she had underlying health conditions and was trying to decide which vaccine would be best for her, her older sister, Annice Chansler, told CNN New Day on Friday.

“She was close to getting vaccinated and then of course this happened,” Annice Chansler said. “And then she was really more thinking, ‘Okay, when I get better I’m going to go ahead and get vaccinated.’ But of course she passed before that.”

Chansler was last on campus on August 25th, according to the district.

Annice Chansler said her sister wore a mask even though there is no mask mandate in the district. Connally ISD does recommend masks for students and staff.

She said her sister was nervous during the first wave of Covid-19 infections, adding, “When the variant came, she was even more nervous. But she had to work. She had no choice.”

Connally ISD closed every school in the district after classes on Monday in response to the deaths of Natalia Chansler and 59-year-old David A. McCormick, who taught 7th grade social studies at the junior high.

McCormick died from Covid-19 on August 24 and had last been on campus on August 18th, which was the first day of school, according to the district.

Neither teacher had been identified as having close contact with a Covid-positive person on campus and the district has no definitive evidence of how they contracted the virus, Connally ISD Assistant Superintendent of Human Resources Jill Bottelberghe told CNN in an email Wednesday night.

The district serves the cities of Lacy Lakeview and Waco and the communities of Elm Mott, Chalk Bluff, and Gholson.

The closure would give the district a chance to deep clean and sanitize all of its facilities and hopefully give anyone exposed to the virus a chance to isolate and recover, the district said in its announcement.

In-person classes are scheduled to resume on Tuesday, after the Labor Day holiday.

The district said the two teachers were beloved and described their deaths as heartbreaking. District administrators brought in counselors to support students and help them cope with their loss.

Bottelberghe said that as of August 30, there had been 165 positive Covid cases reported and that more cases were identified in testing on Wednesday.

A drive-through testing session held Wednesday morning for staff, students and community members had a 26% positivity rate, according to a post on the district’s Facebook page.

Annice Chansler said Natalia was the youngest girl out of their 10 siblings and described her as “fun-loving” and “the best baby sister I could ever have.”
She said her sister was quiet, but had an inviting personality.

“Students, parents, anyone who came across Natalia, they immediately liked her and liked her personality,” she said.

McLennan County, Texas, where the district is located, has had 34,951 confirmed cases and 547 deaths, according to Johns Hopkins University.

Annice Chansler says some of her family members who were reluctant to get the shot are now getting vaccinated.

“They’ve made that move and I’m so proud of them for doing that. I hate that it took Natalia’s passing for them to understand how important it is, but I’m just glad they’ve done it,” she said.