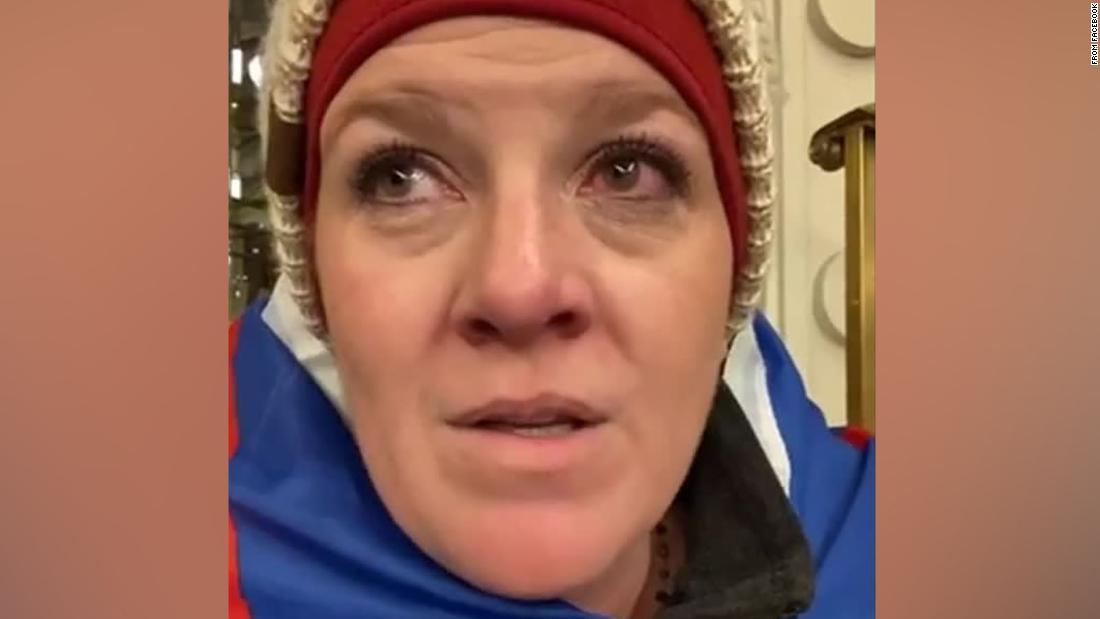 Jenny Cudd, 37, pleaded guilty Wednesday to entering a restricted building, namely the Capitol. Cudd could face up to one year in jail, though the federal guidelines call for zero to six months. Capitol rioters with similar cases have received probation or a few weeks behind bars.
The facts of her case are routine, but she went viral in February after she asked a judge for permission to attend a four-day work retreat near Cancun, Mexico. District Judge Trevor McFadden approved her request, citing the fact that prosecutors didn’t have any opposition.
Federal prosecutors say Cudd is unrepentant, citing a Facebook video in which she said, “F— yes, I am proud of my actions, I f—ing charged the Capitol today with patriots today. Hell, yes, I am proud of my actions,” according to court records, and a local news interview in which she said: “I would absolutely do it again.” The Justice Department has used comments like these to push for harsher sentences, and some judges have cited rioters’ defiance in sending them to jail. Sentencing is set for March 11.

In the nine months since January 6, the Justice Department has charged at least 635 people and has secured 100 guilty pleas, according to CNN’s tally. Most of the guilty pleas involve nonviolent rioters like Cudd. But a handful of more serious defendants have also pleaded guilty, including people with ties to far-right extremist groups and people who assaulted police.

Seventeen people have been sentenced so far, with punishments ranging from probation to eight months in prison. Three of the four defendants sentenced this week have received jail time.

Cudd’s co-defendant, Brazilian national Eliel Rosa, pleaded guilty to a similar charge in July and was sentenced Tuesday to one year of probation. Cudd and Rosa both live in Midland, Texas.