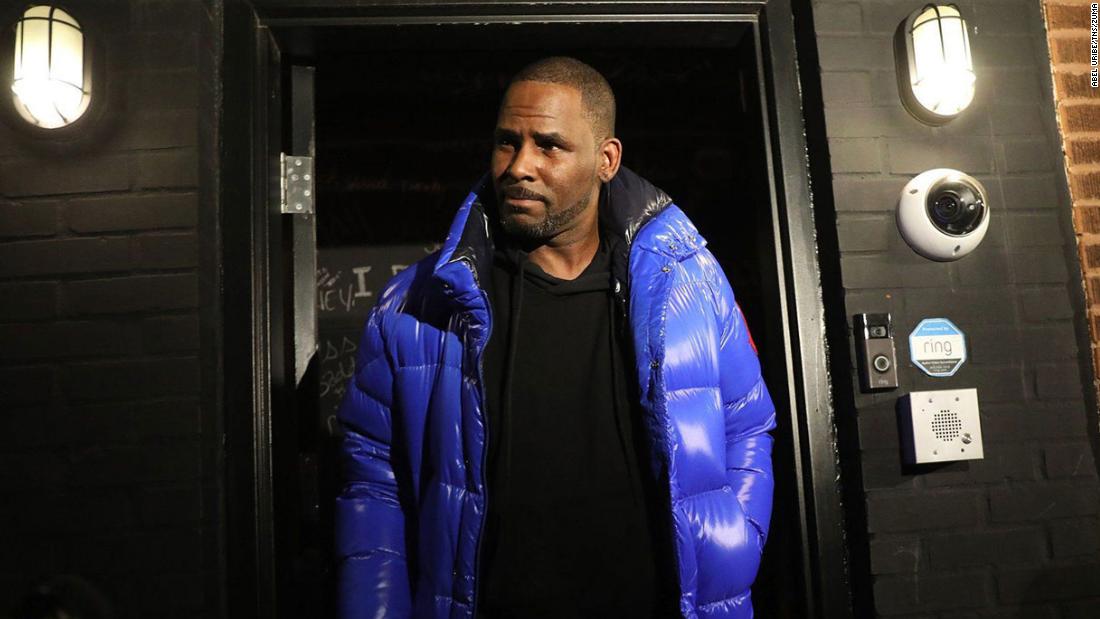 Wishing to be identified only as “Jane,” the woman testified Monday that she was a 17-year-old high schooler who dreamed of becoming an R&B recording artist when she met Kelly in 2015. She told the court he promised to help her in her career, only to sexually abuse her.

Jane is the eighth witness to testify in the federal case against Kelly at his trial, which began last week in Brooklyn. Kelly faces racketeering and sex trafficking charges and has pleaded not guilty.

She testified she spent five years with the singer as one of his “girlfriends” who lived and traveled with him.

Jane testified she and other girlfriends were expected to address Kelly as “Daddy;” that she would face “punishments” including spankings, beatings and being forced to make humiliating videos if she disobeyed him; and that he controlled what she was allowed to talk about with her family, friends and even the other women in his inner circle.

An attorney for Kelly had no comment on Jane’s testimony Tuesday.

Life as a girlfriend

In 2015, Jane said, she moved in with Kelly and learned he was simultaneously living with other women.

“I eventually learned that we were actually all living together,” Jane testified. “He (Kelly) told me to listen to whatever they said because it was basically coming from him.”

Kelly instructed the women not to discuss certain topics, including their lives before meeting the singer, their families or their individual, intimate relationships with Kelly, Jane testified. They could talk about things like hair, nails and TV shows.

“If it was anything outside of that, we would get in trouble,” Jane testified.

The women were expected to follow “rules,” Jane testified, that included calling Kelly “Daddy,” asking for permission to leave their rooms, and wearing baggy clothing.

Getting in trouble meant that Kelly would come up with a punishment for a girlfriend, which could include writing him handwritten apology letters or recording humiliating videos, she testified. Jane told jurors Monday that Kelly once made her eat feces and smear it on her face for a video as punishment.

One day, Jane said, she admitted to Kelly that she had discussed details of her and Kelly’s intimate relationship with his other girlfriends and Kelly told her that, as a punishment, she would have to have sex with a male known as “Nephew.”

“He wanted me to please Nephew the same way I would please him,” Jane testified.

When asked by Assistant US Attorney Elizabeth Geddes whether Jane wanted to have sexual contact with Nephew, Jane responded “Never.”

But Kelly’s attorney Deveraux Cannick pressed Jane repeatedly during cross-examination Tuesday on why she “stayed” with Kelly.

“You could have gone home, am I correct?” Cannick asked.

Sarah Vinson, a forensic psychiatrist, told CNN it is often difficult for people who are in abusive relationships to leave.

“It’s harder for her to see that when this man is making decisions on details of her life — details like what she can wear and when she can go to the bathroom,” Vinson said. “When you’re financially dependent on somebody and when that person has systematically weakened all of your other relationships in your life and isolated you … it can be hard to recognize it and change your circumstance.”

Jane also testified Tuesday that during her five years as one of Kelly’s girlfriends, she eventually was not allowed to talk to her parents about her well-being and he would often be in the room when she spoke to them, or would direct her on what she could tell them in text messages.

Jane testified that Kelly told her and his other girlfriends that they were “worthless” to their parents and “did not mean anything to them.”

“He would basically say that they had sold us to him and they didn’t care about us,” Jane testified.

During cross-examination, Cannick painted Jane’s parents as a couple who wanted their daughter to exploit her relationship with the singer, saying both parents even tried to work for Kelly and submitted multiple business proposals to the singer.

CNN has reached out to Jane’s parents for comment on the allegations.

Jane testified that in the weeks before the Lifetime docuseries “Surviving R. Kelly” was released in January 2019, Kelly told her and other girlfriends that information in the series was “false” and that he had his remaining girlfriends practice answering interview questions with the “proper” answers. Jane testified that the “proper” answers were not always truthful.

For example, Jane told the court she was one of the two girlfriends who sat down with Kelly for an interview with CBS’s Gayle King, who pressed the singer and his girlfriends on allegations of abuse.

Despite Jane having spoken publicly for the interview, CNN is abiding by her wish not to be named publicly in her testimony.

When Kelly was arrested on federal charges in July 2019 and kept detained until trial, Jane said she finally decided to leave Kelly, which she did that October. She agreed to meet with prosecutors in January 2020.

Looking back at her five-year relationship with Kelly, Jane testified she now calls the relationship abusive and that Kelly’s promise to help further her music career never came to fruition.

Cannick countered her claim, saying in court that Kelly told Jane, “You weren’t pulling your weight as far as your music career.”