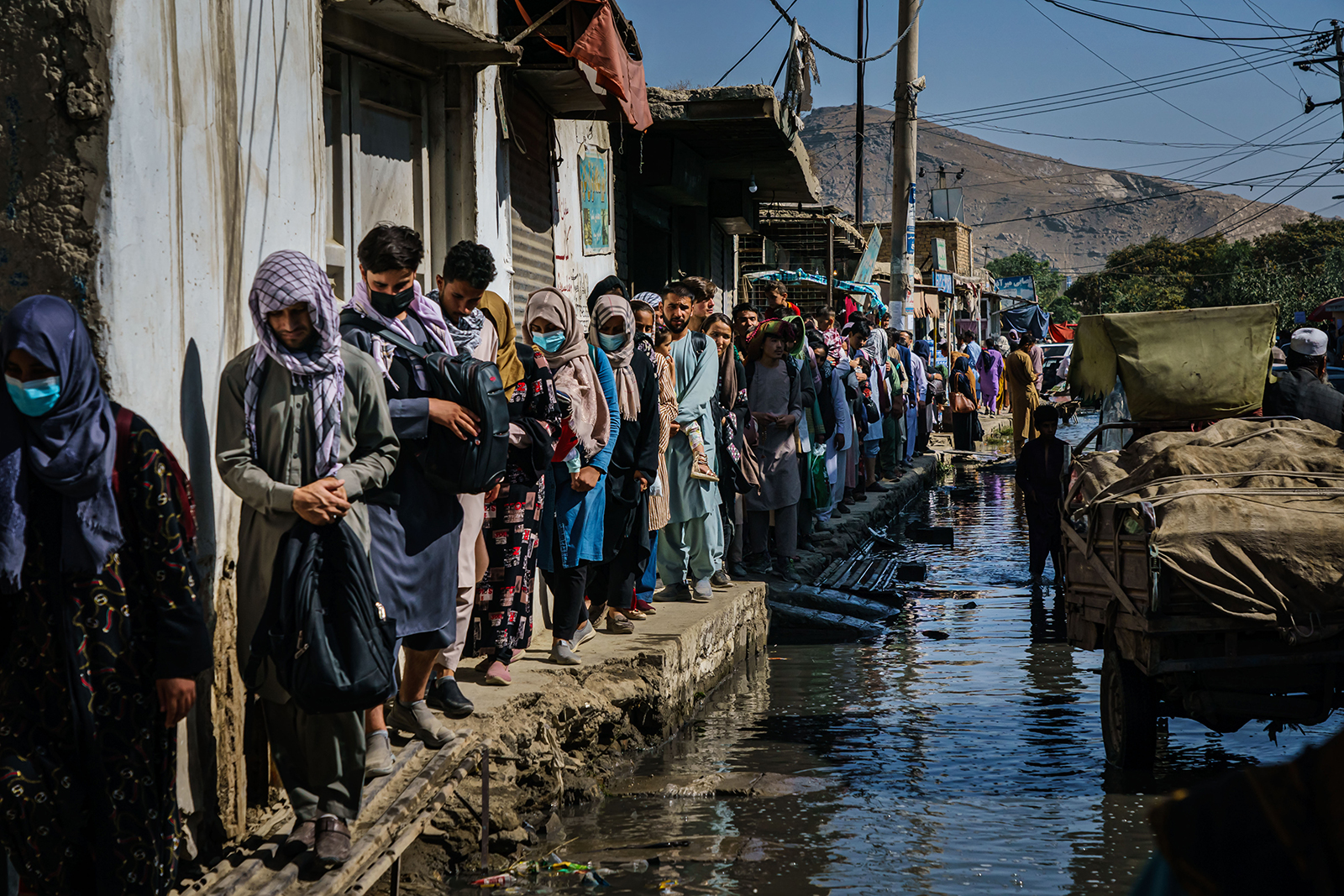 As tension continues to grow in Afghanistan, so too does the chaos outside of Kabul’s international airport as time is running out for many to escape from the Taliban.

One video shared on social media shows a man who was purportedly beaten by the Taliban while he was trying to get to the airport. In the footage, the man can be seen with blood running down his face while talking to the camera saying partly in English, “They hit me bad” and that “this happened to me when I was crossing …. Airport.” In the same footage, gunshots can be heard purportedly fired by the Taliban to intimidate people.

Another social media video showed big crowds of people waiting outside the north wall at Kabul Airport, hoping to get into the airport and holding up their documents to the US military soldiers and Nato troops who were guarding the wall.

Some context: The Pentagon announced Wednesday that a total of 19,000 evacuees left Afghanistan in the last 24 hours, with 42 US Military aircraft carrying 11,200 and another 7,800 evacuated by coalition partners.

There are currently more than 10,000 people waiting at the airport to leave, but that the number could change as more people arrive at the airport and as flights depart, Joint Staff deputy director for regional operations Army Maj. Gen. William “Hank” Taylor said in a briefing with reporters.