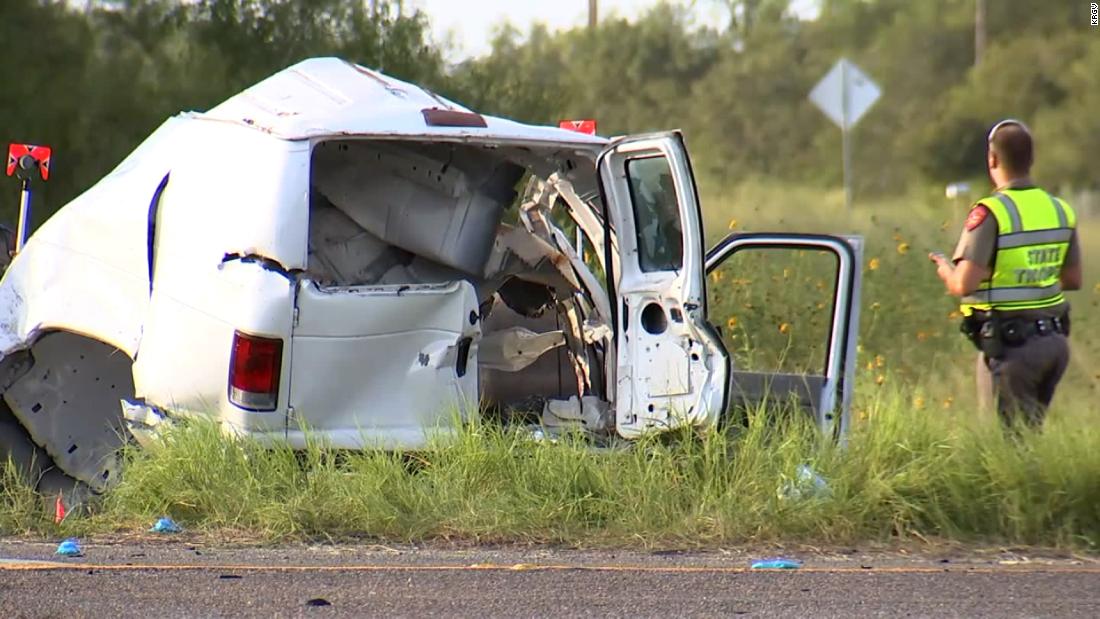 There were 30 people inside a white Ford passenger van when the driver tried to make a right turn and “veered off the roadway and struck a metal utility pole and stop sign,” Brandley told CNN in an email Wednesday night.

The van was traveling at a high speed at the time of the crash and a witness told DPS the vehicle was not part of a pursuit before the accident occurred, Brandley said. The driver and nine of the passengers were pronounced deceased at the scene, the department said.

At least a portion of the people in the van were believed to be undocumented immigrants, Brandley and Brooks County Sheriff Urbino “Benny” Martinez told CNN affiliate KRGV.
Traffic was still being diverted from the area Wednesday night, DPS said in a tweet.

DPS is investigating the crash and the victims’ identities will be released once next of kin have been notified, the department said.