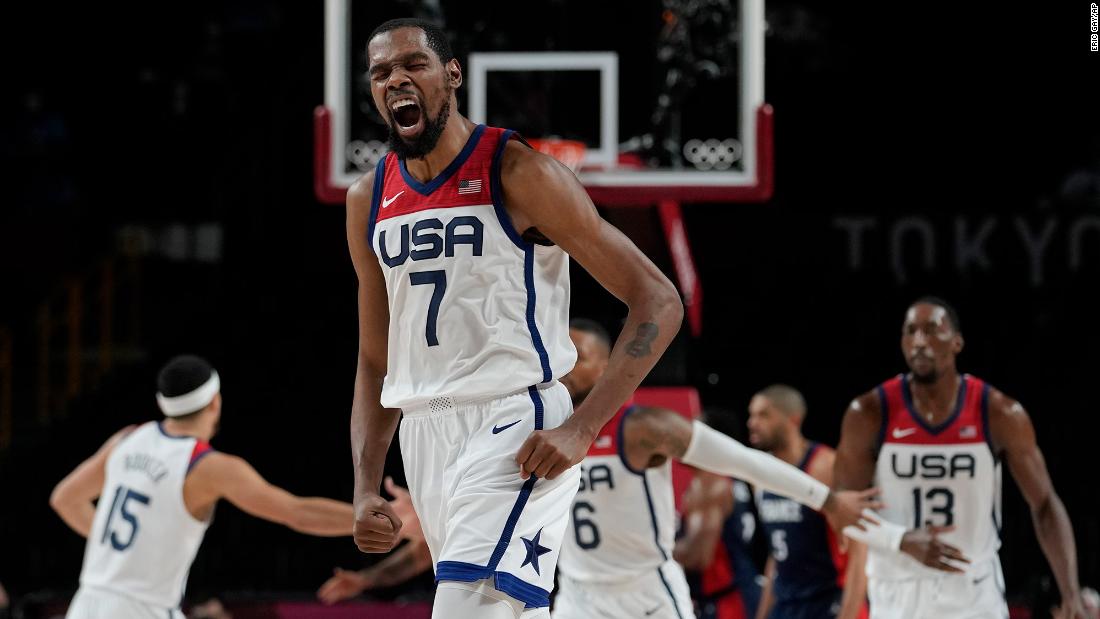 Kevin Durant of the NBA’s Brooklyn Nets led the way for the US, scoring 29 points. It is his third Olympic gold medal, tying him with American Carmelo Anthony for the record in the men’s tournament. The Americans have now won men’s basketball gold in every Olympics since Beijing 2008.

The US men’s basketball team lost once during these Olympics, against France in the Americans’ first pool game. Team USA didn’t lose again.

France has now won three Olympic silver medals in men’s basketball, having also lost to the US in the 1948 and 2000 finals.