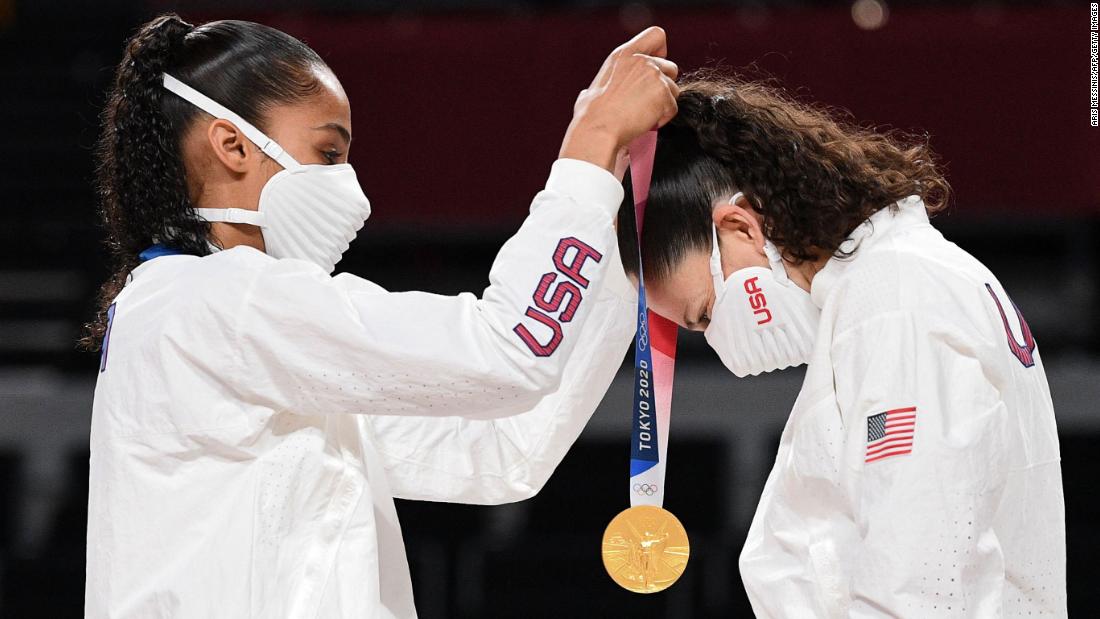 China and Japan, the host-country, were closest to matching the American gold-medal haul, winning 38 and 27 medals, respectively. The battle for most gold medals came down to the final day of competition, as Team USA’s wins in women’s volleyball and women’s basketball pushed the country to the top of the chart.

In the total medal count, China finished in second with 88 medals, followed by the Russian Olympic Committee with 71 medals.

Team USA has now won the most medals at the Summer Olympics for seven consecutive Games, dating back to 1996.

Swimmer Caeleb Dressel won five gold medals, making him the winningest athlete of any nation at these Games.

“We kept our team safe and we’re coming home successful,” said Sarah Hirshland, CEO of the United States Olympic & Paralympic Committee. “The Tokyo 2020 Games have been remarkable in so many ways and I’m filled with gratitude and pride.”

“The athletes of Team USA honored themselves, their communities, their families, and all of us with their excellent performances in Tokyo,” said Rick Adams, USOPC chief of sport performance and Team USA chef de mission.

A record 94 nations won medals at the Tokyo 2020 games, including Turkmenistan, San Marino and Burkina Faso — all of which claimed their first Olympic medals ever.